Police Chief Paul Neudigate tweeted that officers served search warrants related to one of three shootings that took place at the Oceanfront on March 26. 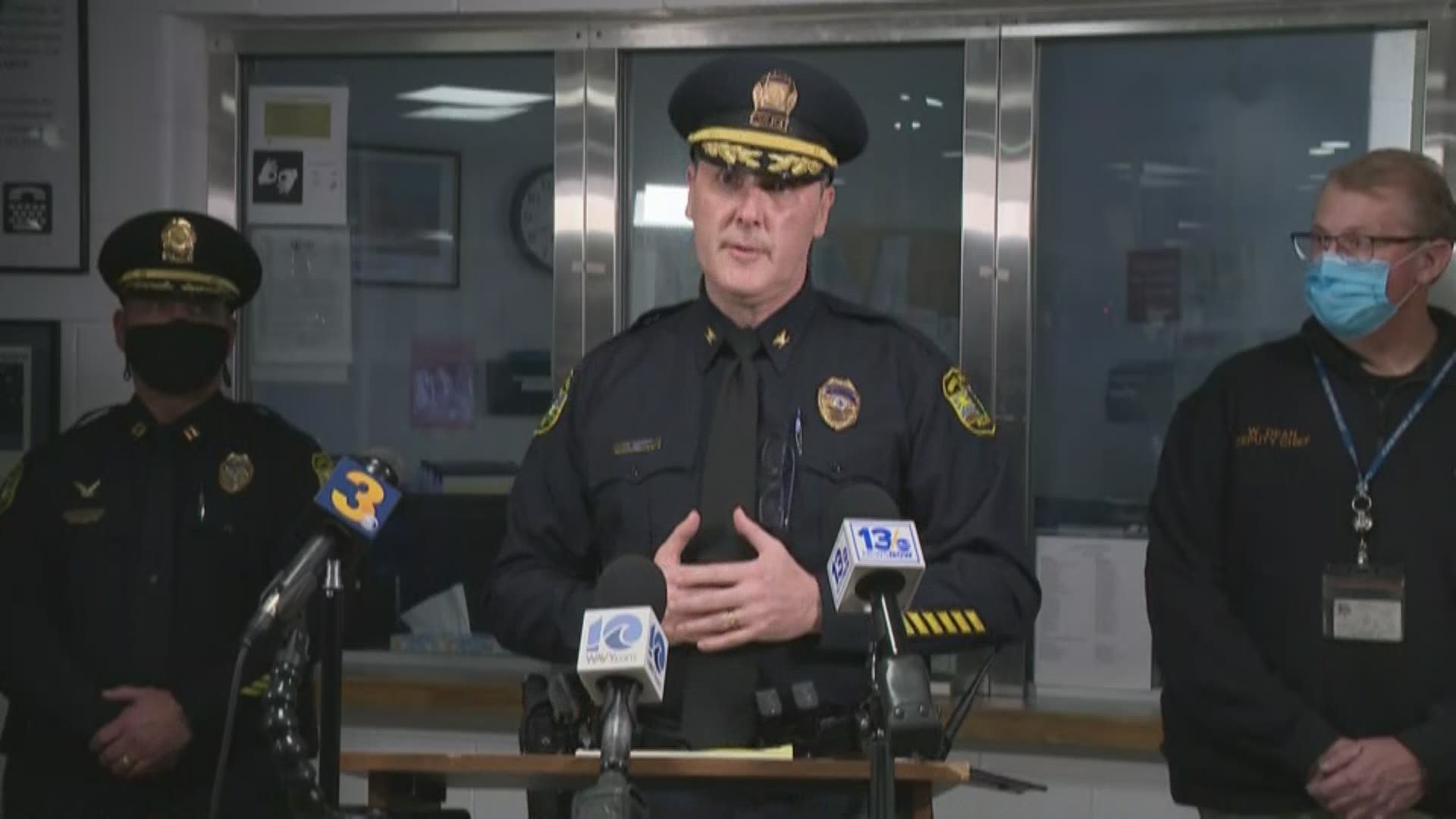 VIRGINIA BEACH, Va. — Police served search warrants Sunday morning in relation to one of the shootings that happened Friday night at the Oceanfront.

According to the Virginia Beach Police Chief Paul Neudigate, just before 11 a.m. officers were out serving the warrants. This is for the first shooting incident that occurred that night.

Chief Neudigate thanked the Bureau of Alcohol, Tobacco, Firearms and Explosives agency, Virginia State Police and the Norfolk Police Department for helping with serving the warrants.

Out earlier this morning serving search warrants related to Friday night’s shooting Atlantic @ 20th. Thanks to @ATFHQ @VSPPIO @NorfolkPD and others for their assistance. pic.twitter.com/TNSXHtcpO1

Friday night, three separate shootings occurred at the Oceanfront. A total of ten people were shot in the incidents and two of them died.

Three men were arrested on Saturday, March 27, and facing multiple charges in connection to the first shooting that happened Friday on Atlantic Ave.

In the initial incident, on Atlantic Avenue at 20th Street, a conflict occurred resulting in a fight and eight people were shot.

Following that incident, a second shooting occurred. Police said they heard gunshots coming from another area, where a bystander, Deshayla E. Harris, 29, from Norfolk, was shot and killed.

Neudigate said Harris was likely killed after being struck by stray gunfire near the 300 block of 19th Street.

Then a third shooting occurred, where a police officer shot and killed 25-year-old Donovon Lynch.

Harris and Lynch were both victims in two separate shooting incidents unrelated to the first shooting on Atlantic Ave.

The incidents remain under an ongoing investigation at this time.