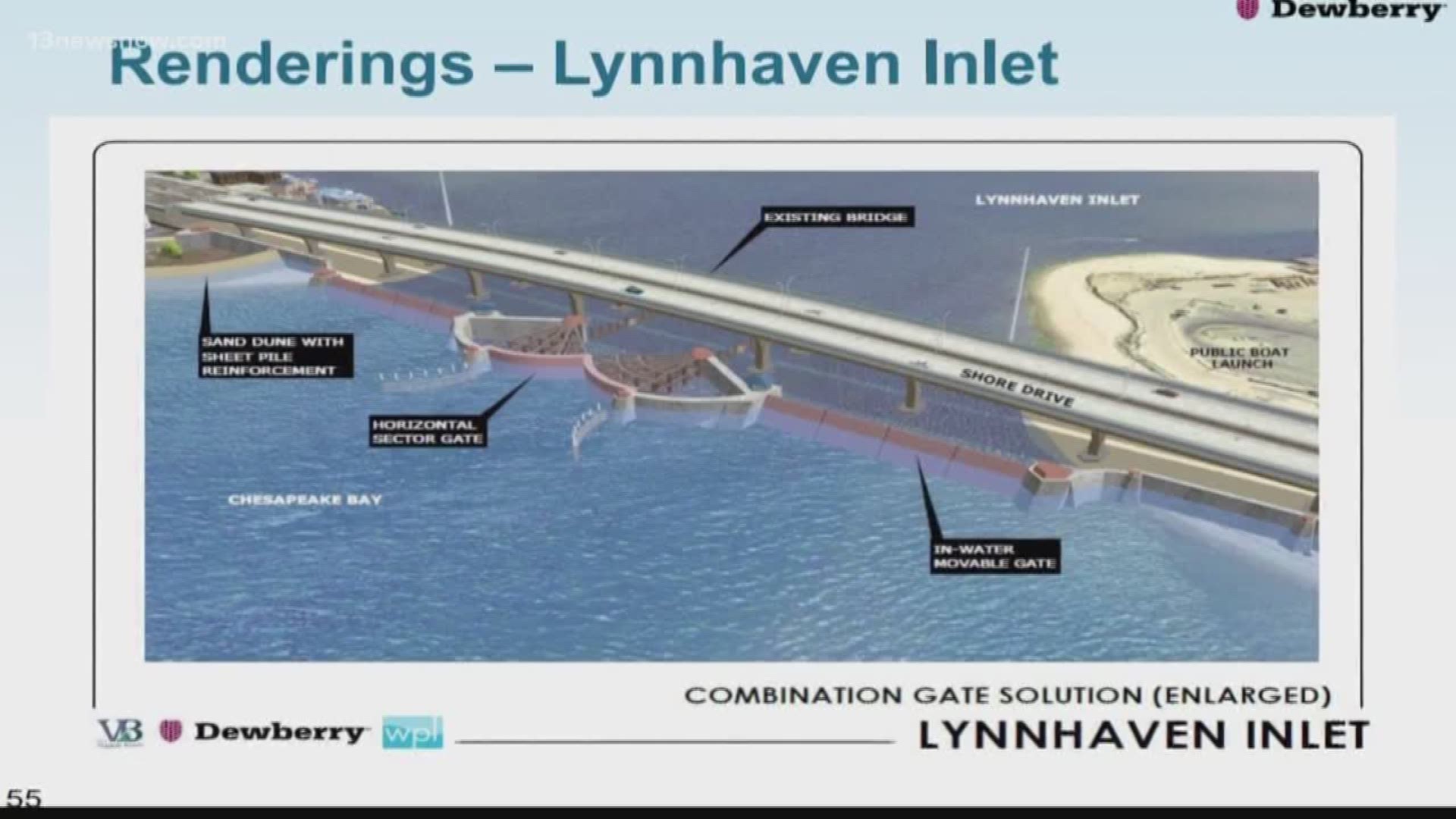 VIRGINIA BEACH, Va. — The City of Virginia Beach is releasing results of a multi-year study of how to combat rising sea levels and future flooding impacts.

The Comprehensive Sea Level Rise/Recurrent Flooding CIP Update was published over the weekend and will be presented and reviewed at the city council meeting Tuesday afternoon.

Deputy City Manager Tom Leahy compared the 126 pages of findings from the study to a large menu at a restaurant. Leahy said city leaders now have all the options of how they could confront rising tides on the table, but he stressed no decisions have been made.

Leahy said the study's findings include concepts that need to be discussed at length. He added that he expects a lot of dialogue about potential projects throughout 2019.

Among the concepts presented in the study is a rendering of a movable gate that would dam water at the Lynnhaven Inlet near the Lesner Bridge. The gate would be one of the largest potential city-wide projects.

Virginia Beach councilman David Nygaard says the study gives council members and the public access to something tangible that they can review when deciding what the city should do about growing flooding concerns. He said the city-wide study was an important step in addressing flooding for each area of Virginia Beach.

"This is a start and this is what we needed," said Nygaard. "The reason we needed this is if we fix flooding in one area we could create flooding in another area if we're not careful."

Projections from page 53 of the report show the city estimates to spend billions of dollars on flood mitigation in the decades to come. Four of the five "city-wide alternatives" listed in the report are projected to cost more than $2.7 billion dollars.

Nygaard said he expects council members to take months reviewing the documents and deciding on potential courses of action.

"I'm excited because [this report] gives us immediate answers and an action plan going forward," he said.