Bud Light may beam down beer for Area 51 aliens

The brewer says it will produce a special extraterrestrial can if it gets 51K retweets. 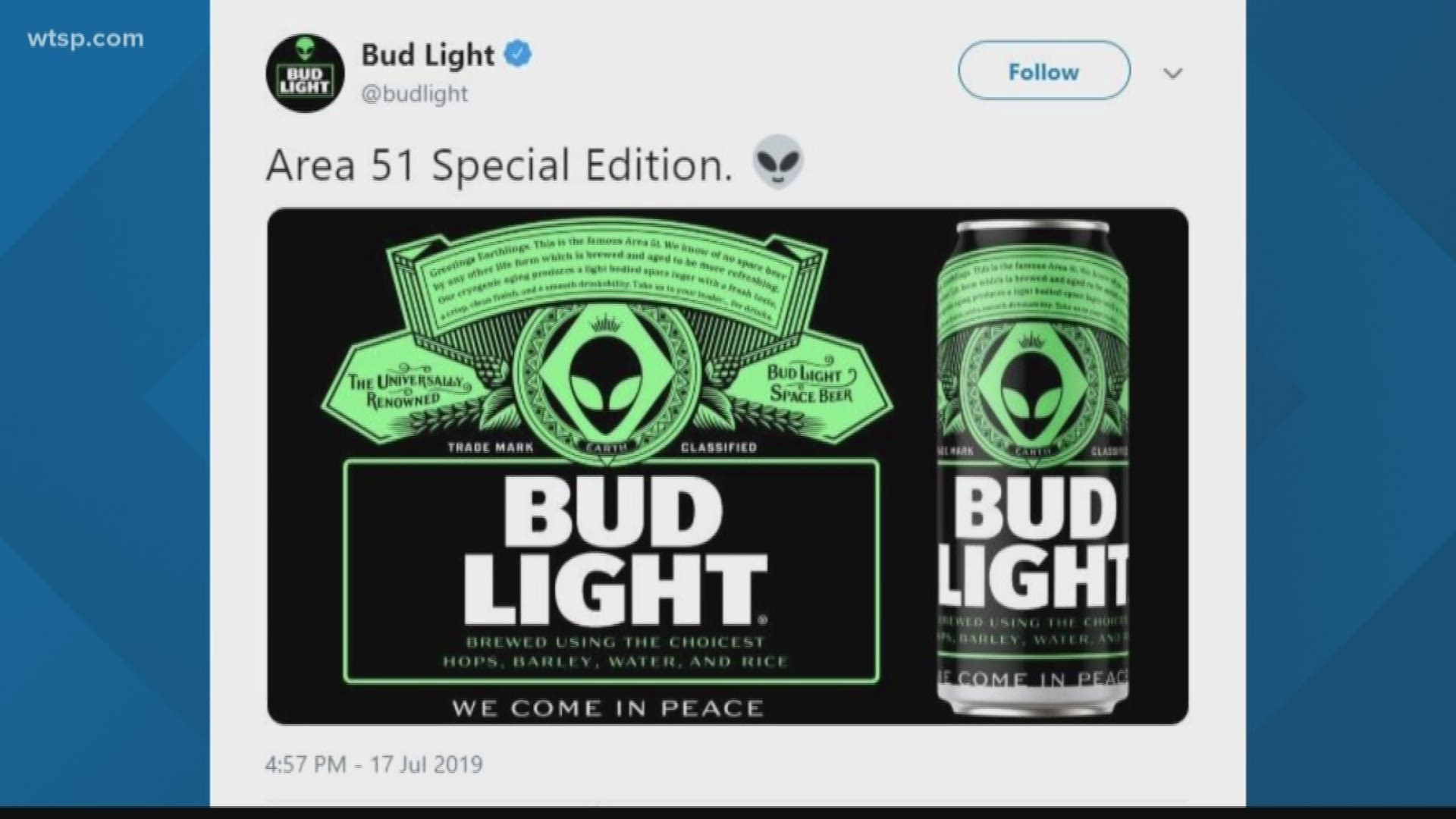 If you'd traveled billions of miles to visit a little blue-green planet on the outer arm of the Milky Way galaxy, odds are you'd have worked up quite a thirst.

Bud Light says it's got the aliens covered.

Taking part in the hoopla surrounding a Facebook drive to have people storm the fabled Area 51 to uncover the truth about aliens, the brewer said Wednesday it would give free beer to any alien who escaped from the facility.

Aside from the alien-green color and the face of an extraterrestrial, the can features a friendly "WE COME IN PEACE" message.

"Take us to your leader ..for drinks." the can reads.

The beermaker tweeted it would produce the cans to the public if it gets 51,000 retweets. As of Thursday night, it had nearly 23,000 retweets.

A Facebook event called "Storm Area 51, They Can't Stop All of Us" has gone viral. It has garnered enough attention the U.S. Air Force has issued a warning to anyone thinking about trying to storm the facility.

Bud Light is not the only brand capitalizing on the marketing opportunity created by the Facebook event.

Funyuns joined in on the fun, too -- posting an image of an alien holding a bag of onion-flavored rings.