St. Petersburg Mayor: Graves may be under Tropicana Field

Part of the 86 acres Tropicana Field sits on was once home to Oaklawn Cemetery. 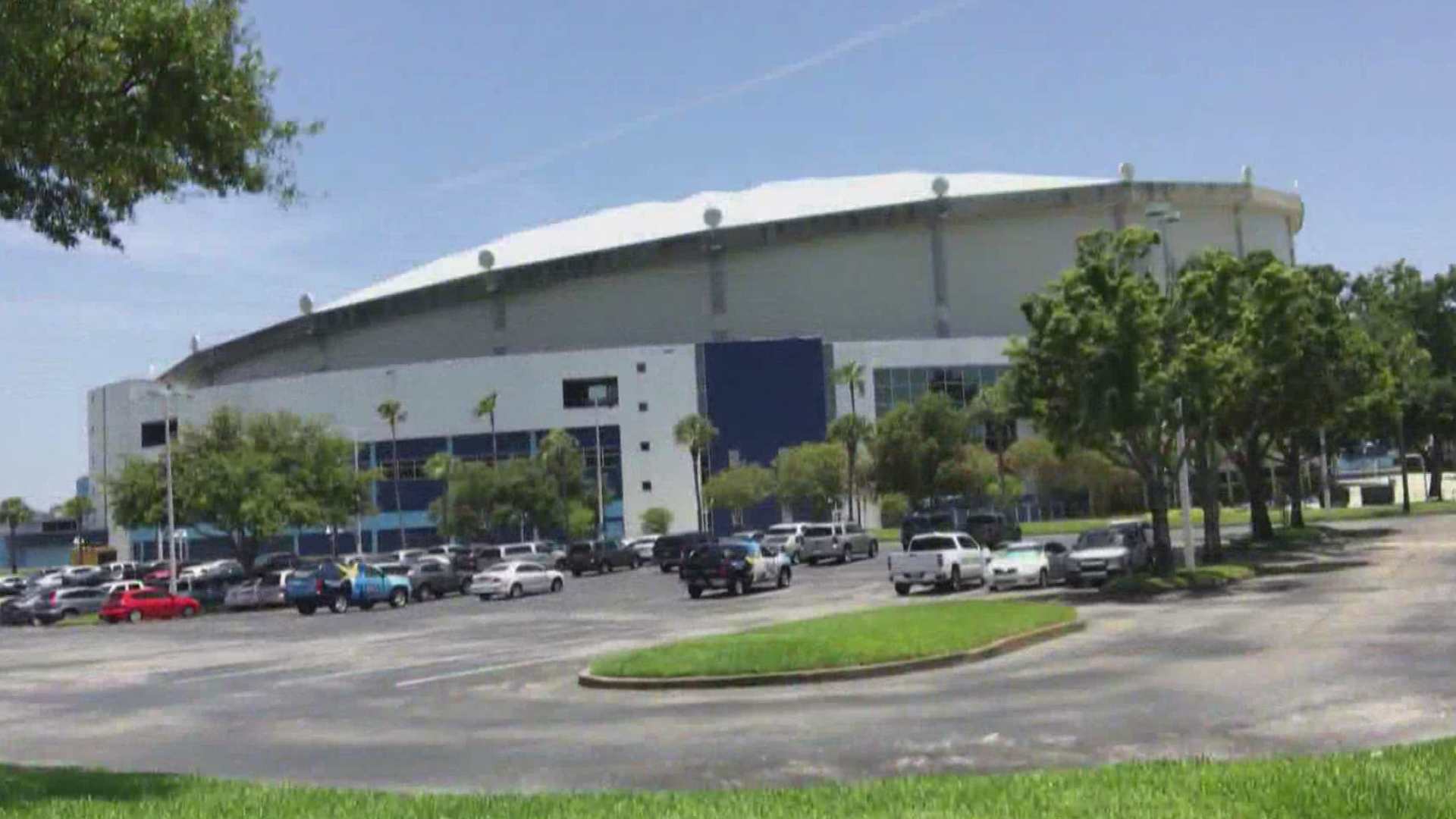 ST. PETERSBURG, Fla. — The city of St. Petersburg plans to eventually redevelop an 86-acre parcel of land where the Tropicana Field baseball stadium currently sits, and before it does, hopes to answer the question: are there graves under the parking lots?

The Tampa Bay Times reports the University of South Florida’s Florida Public Archaeology Network has registered the property with the state as a historic cemetery site. It believes human remains could be under the lots.

The designation brings state oversight, so “future developments might require an archaeological survey to make sure human remains are not damaged or destroyed,” network archaeologist Rebecca O’Sullivan said.

A survey would include rolling ground-penetrating radar that can detect graves across the full 12 acres. It was technology available in 1990 — but not as commonly used as today.

Thirty years ago, residents stepped forward when the city prepared to pave parking lots 1 and 2 for Tropicana Field.

They thought caskets were under 12 of the 86 acres. It was once the home to Oaklawn Cemetery, the city was told, and bodies were likely left behind when it was moved in the mid-20th century.

The city was unaware that the network filed the report, but said it is aware of the possibility that graves are still there. It will hire a surveying or archaeology company to find out.

“The city’s urban design and historic preservation manager brought us this concern recently after his staff came across old newspaper articles and conducted their own research,” said Benjamin Kirby, spokesman to Mayor Rick Kriseman. “While we believe individuals buried there have been interred elsewhere, the mayor gave the green light to staff recently to begin the process of confirming this. It is too important to not have absolute clarity.”