The discovery was similar to what happened after Hurricane Matthew in 2016, when 16 cannonballs washed up on the same beach. 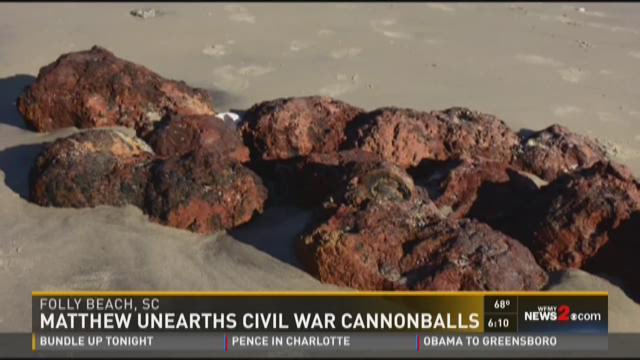 Aaron Lattin told news outlets that he and his girlfriend encountered the 150-year-old relics on the edge of Folly Beach, about 10 miles (16 kilometers) from Charleston, Friday night.

RELATED: 'Hey, we found your Jeep on the beach': Owner did not know his SUV was stuck in Dorian waves