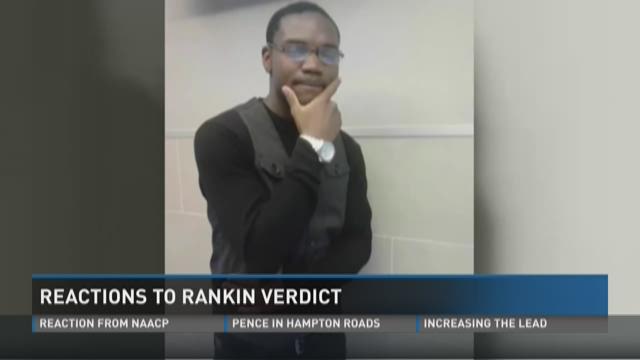 The jury recommended a two-and-a-half-year prison sentence to the judge.

Some were pleased, while others were upset as they left the courtroom and outside the courthouse.

"You know how Michael Vick got a little time for a dog? Well, that's the way I feel," said Sheila Joseph, a family friend of Chapman's family.

"We wanted justice and we received justice. Time? Of course it could've been more but at the same time, we have to start from somewhere," he said.

Lewis testified during the sentencing process, getting emotional as he talked about his relationship with Chapman.

That brought Sallie Chapman to tears and she left halfway through.

She didn't have anything to say after hearing the verdict and sentencing recommendation.

One woman who was in the same shoes as Sallie Chapman that spoke up was the mother of Kirill Denyankin.

He was shot and killed by Rankin in 2011 but Rankin was never indicted. That trial never came up during this case.

"At the end of the day in America, we have made a change here in Virginia," said Lewis.