After earning the nickname “World’s Worst Cat”, “Perdita” has found her forever home. 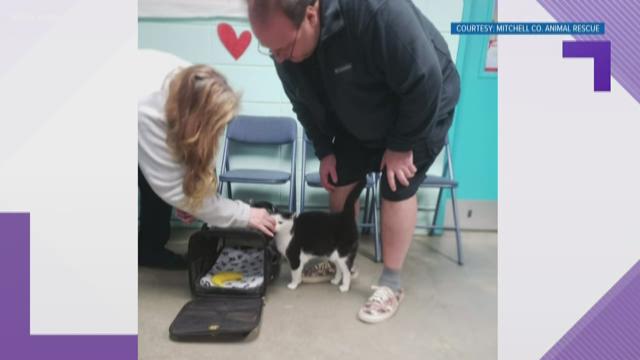 Nearly 175 applications were filed to adopt her.

A couple out of Monroe County, Tenn. was chosen and decided to change her name to “Noel”, “just in case the name Perdita is the cause of her anger”, the Mitchell County Animal Rescue said. The couple took her home on Saturday, Feb. 1.

Perdita rose to fame after shelter workers put out an adoption ad saying how terrible she was. But, of course, people thought it was hilarious.

The shelter said it thought Perdita "was just sick, turns out she's a jerk”, and that her likes include "staring into your soul until you feel as if you may never be cheerful again” as well as lurking in dark corners, jump scares, being queen and fooling shelter staff into thinking she's sick.

“After a successful meet-and-greet that included minimal growling and very little slapping on her part,” Perdita was adopted by her new family.

The shelter posted on Facebook saying the family adores her and she “tolerates them”, and that “she wouldn't let us take adoption photos in our photo booth. She just growled and ran out of the room.”

The shelter is also selling Perdita gear now -- T-shirts and mugs to raise money for the shelter.