According to IMBD, these are your favorite movies of the year. 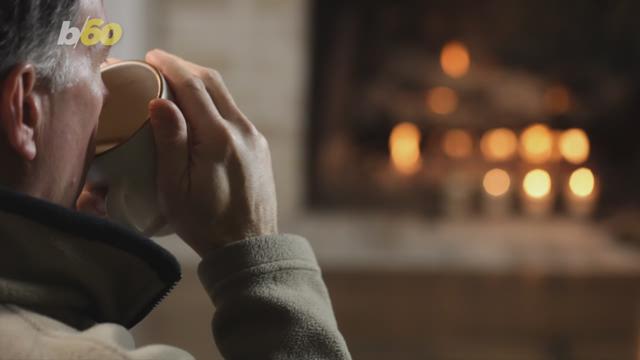 These were the highest-grossing movies of 2018, according to IMBD.

Lady Gaga had already proved her onscreen talent with appearances in Sin City: A Dame To Kill For and American Horror Story: Hotel. But it was the first time Bradley Cooper was able to showcase his skills as a musician and director.

Popular among critics, this latest reiteration of the classic Hollywood film follows a musician as he helps a young singer find success and stardom, all while his own career spirals out of control due to substance abuse. The movie instantly became a fav­­orite for the Oscars after premiering at the Toronto International Film Festival.

Comic book movies found resounding success in the box office in 2018, but that didn’t mean fans were entirely happy with Venom.

While the movie was able to rake in enough money to make it to the top ten grossing films this year, many were disappointed with Tom Hardy’s adaptation of the symbiote alter-ego. Although Venom was first introduced as Spider Man’s foe in the comics, Spidey doesn’t appear in the film as Venom was revived by Sony– not Disney’s Marvel Cinematic Universe.

Another sci-fi classic hit theaters this year as Disney continued to dominate the ticket sales. Although Solo: A Star Wars Story isn’t a part of the same timeline as the first couple of movies made by popular filmmaker J.J. Abrams, fans still made time for Ron Howard’s spinoff film.

After a slew of directors were brought to the table, and then subsequently fired, a young Han Solo finally made it to the big screen in May to tell his origin story. Fans were able to see the beginnings of a friendship between the protagonist and his life-time companion Chewbacca, and his life before Princess Leia.

Many argued that Paul Rudd got the short end of the stick in the Marvel Cinematic Universe following the success of Avengers: Infinity War, but his sequel Ant-Man and the Wasp had no trouble finding success.

Although the movie came out after the latest Avengers movie, the timeline of Ant-Man and the Wasp actually starts after Captain America: Civil War. To some fans’ frustration, and possibly relief, Ant-Man takes a break from epic battles to follow the life of Scott Lang, who finds a sidekick in another size-changing superhero.

Tom Cruise made a comeback to the Mission: Impossible franchise alongside Henry Cavill, most known for playing DC comic book hero Superman.

While kids were excited to see the Avengers back in action, the adults were excited to their favorite inappropriate antihero in Deadpool 2. With enough clever marketing and Ryan Reynolds charisma, the raunchy man in red became another success in his sequel. The Fox-owned Marvel franchise is a witty, self-aware superhero movie with plenty of laughable moments and action scenes to back it up.

For parents who wished they could bring their kids to see the magic of Deadpool, an equally funny PG-13 version called Once Upon A Deadpool was released temporarily in theaters for the entire family to enjoy.

The Jurassic Park reboot sequel roared into the box office with a debut of $150 million in ticket sales during its first weekend in the U.S. and Canada. Although it didn’t match the first movie’s $208 million debut, Jurassic World: Fallen Kingdom proved that the 25-year-old franchise still has momentum among movie goers.

Fourteen years after making their onscreen debut, Pixar’s favorite superhero family was back with Incredibles 2. Although the movie takes place directly after the first film, the sequel doesn’t focus on the evil Underminer seen breaking through city streets with a giant drill. Instead, Incredibles 2 focuses on family dynamics as Mr. Incredible transitions to a stay-at-home dad and Elastigirl works full-time.

*Spoilers! Although, if you haven’t watched the movie by now, that’s on you.*

And with a snap of their fingers, Disney convinced you to spend all your money on a gut-wrenching film that disintegrated all your favorite superheroes with Avengers: Infinity War. The latest Avengers installment blew up the box office with a $250 million opening weekend, smashing the biggest opening record of all time previously held by Star Wars: The Force Awakens.

Infinity War assembled all the superheroes introduced by the Marvel Cinematic Universe (MCU), to combat the cosmic supervillain Thanos as he collected the Infinity Stones to destroy half of the universe. Although fans left theaters weeping as Thanos wiped out their favorite Marvel heroes, they won’t have to wait too long for the next Avengers installment as the yet-to-be-titled fourth movie comes out May 3, 2019.

Not enough can be said about this film. Black Panther transcended the Marvel Cinematic Universe as a long-needed representation of men and women of color and will undoubtedly be culturally significant in the way it addresses subjects of identity, race and gender for years to come.

Chadwick Boseman played T’Challa, the noble new king of the fictional African country Wakanda, who becomes the Black Panther to protect his country from the dangers of the outside world. Reeling from his father’s death depicted in Avengers: Civil War, he goes back to his home country and is confronted with a challenger to his throne, Erik Killmonger played by Michael B. Jordan.

The movie is fantastical by nature as it takes place in a fictional country with fictional metals and advanced technology, however, Black Panther remained grounded as it explored the consequences of colonialism and isolationism paralleling present day issues.

The film ruled the box office for four weeks in a row and secured its spot as the top grossing film in the U.S. in 2018. Wakanda forever!