Emily Seale and Hanna Hull combined on a 4 hit shutout against the Tigers in a 3-0 win. 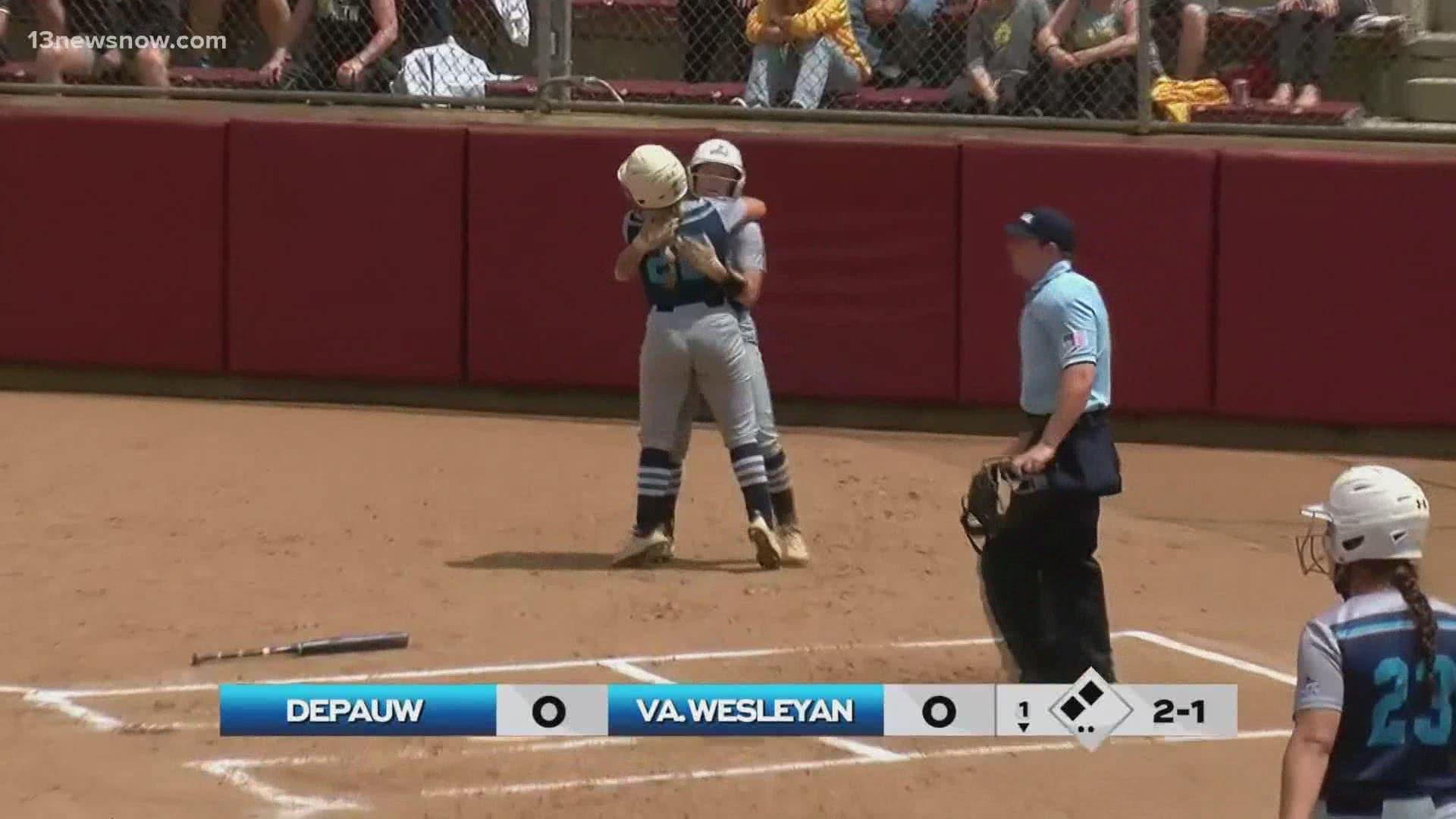 SALEM, Va. — The No. 2 Virginia Wesleyan University Softball Marlins defeated the No. 1 Tigers of DePauw University 3-0 in the 2021 NCAA Softball Championship Tournament semifinals on Sunday, May 30, hosted by the ODAC and the City of Salem at Moyer Park in Salem, VA.

The Marlins sent the Tigers back to the dugout in order in the top of the first while putting two runs on the board in the bottom half of the inning courtesy of a Katelyn Biando single to right center field that scored Jessica Goldyn and Madison Glaubke giving VWU a 2-0 advantage.

The Virginia Wesleyan defense kept the DePauw offense off the board leaving two Tigers on base in the top of the second and third while Goldyn lead off the third inning with a solo home run over the right field fence to put VWU up 3-0.

DePauw hit a double in the fourth and singled in the fifth leaving both runners on the bases while going three up, three down in the top of the sixth and seventh en route to a Virginia Wesleyan 3-0 victory that advances the two-time National Champions to their third National Title series in the last four regular seasons.