ODU regained the lead with a Kyle Battle RBI single in the bottom of the 2nd inning. 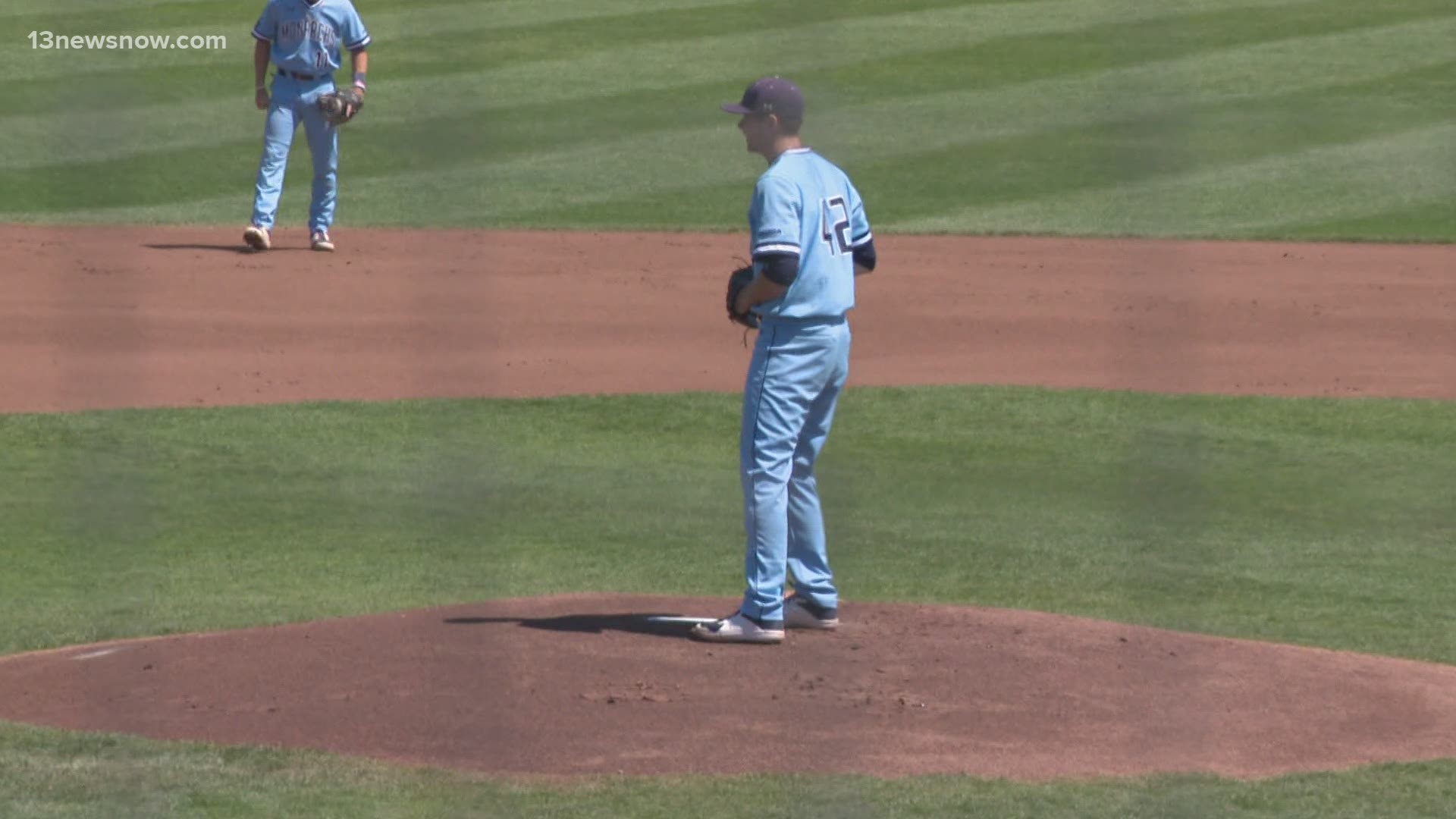 "We hit a number of balls really hard, but the wind was blowing in today and Rice just made the catches," said ODU head coach Chris Finwood. "I was really happy with how we swung the bats. Their pitcher Blake Brogdon was really good and we had some really good at bats off him."

T6: 1-2-3 inning for the Monarchs highlighted by a bare-handed catch by Tommy Bell 👀 Check it out in slo-mo ⬇️

ODU tacked on two runs in the sixth. Robbie Petracci and Brock Gagliardi singled, and shortstop Tommy Bell scored Petracci with a one-run single. Gagliardi scored off a Thomas Wheeler fielder's choice to knock in the final run of the ball game.

On the hill, Ryne Moore fanned four batters and allowed just one run in 7.1 innings pitched. Moore (2.36 ERA) picked up his fourth win of the season. Noah Dean (6.00 ERA) pitched 1.2 innings of relief, earning his fifth save of the season. The lefty struck out four Owls.

"The story of the game by far was Moore. He was just fantastic. He threw great last Sunday against FAU and got his legs back under him. He was just a warrior for us today," said Finwood. "He made pitch after pitch when he had to and got that double play to end the seventh. Dean then came in and struck out four of the five guys."