Five divisions went head to head on the 61st edition of the historic track on Saturday night. 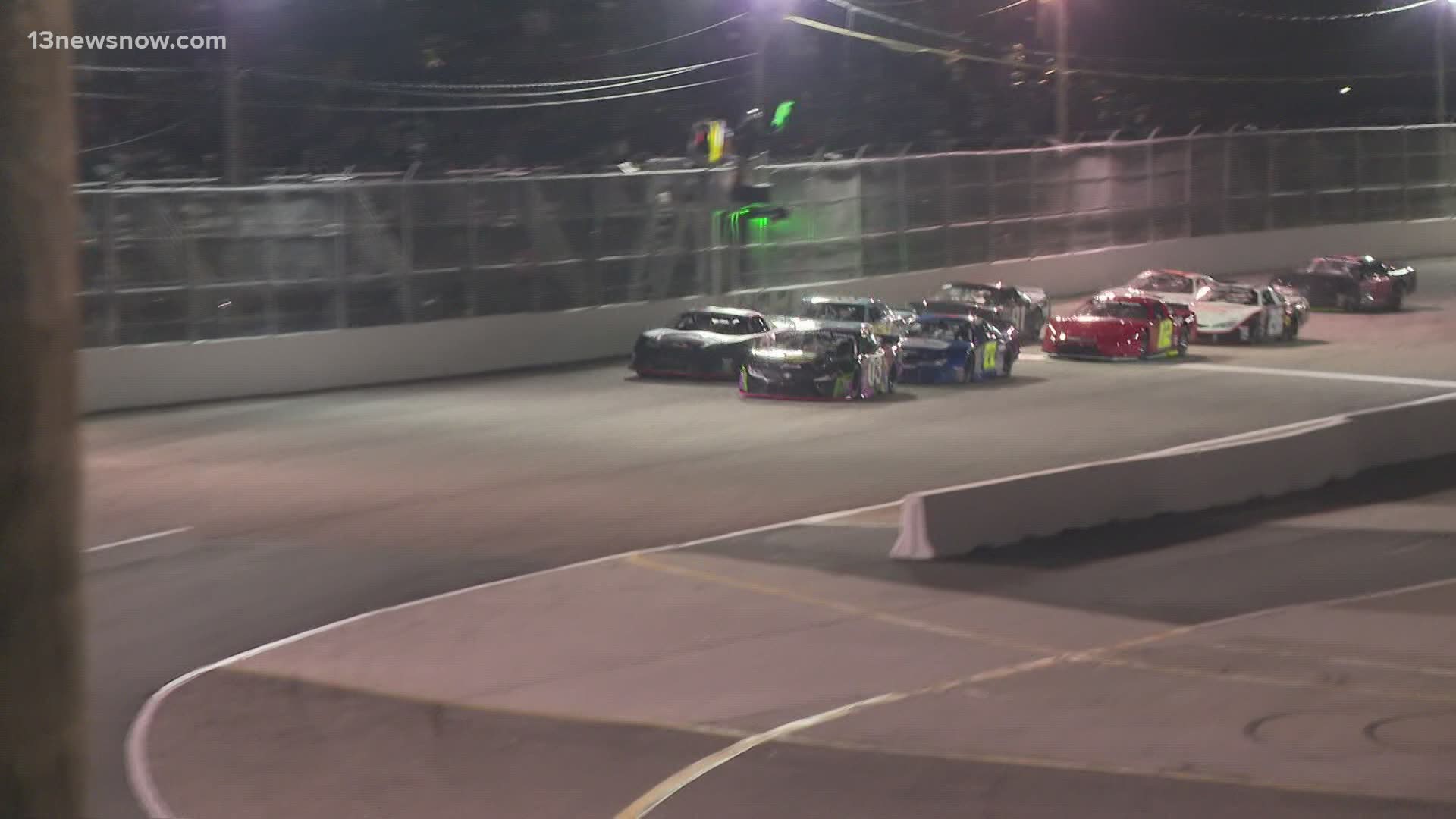 HAMPTON, Va. — There was certainly a buzz at Langley Speedway on Saturday night. It was the place to be for the running of the 61st edition at the historic track. Among the winners of the five divisions was Jimmy Atkins who averted a late wreck to win the Enduro 30.

In the Bandolero 15 division, 2-time defending champ, Ryley Music picked up where he left off at as he edged out Trey Williams to take the checkered flag, while Poquoson's, Tommy Jackson, Jr. took the win in the Legend's 25. He's won the division title two of the last three seasons.

The Late Model division saw Greg Edwards up front for the better part of 61 laps with Connor Hall, but after the two ran into each other, it opened the door for defending champ, Brenden "Butterbean" Queen. He held off Mark Wertz, who finished second, to get his first win of 2021.