The last home game for the seniors and a chance to become bowl eligible with a win over Charlotte. 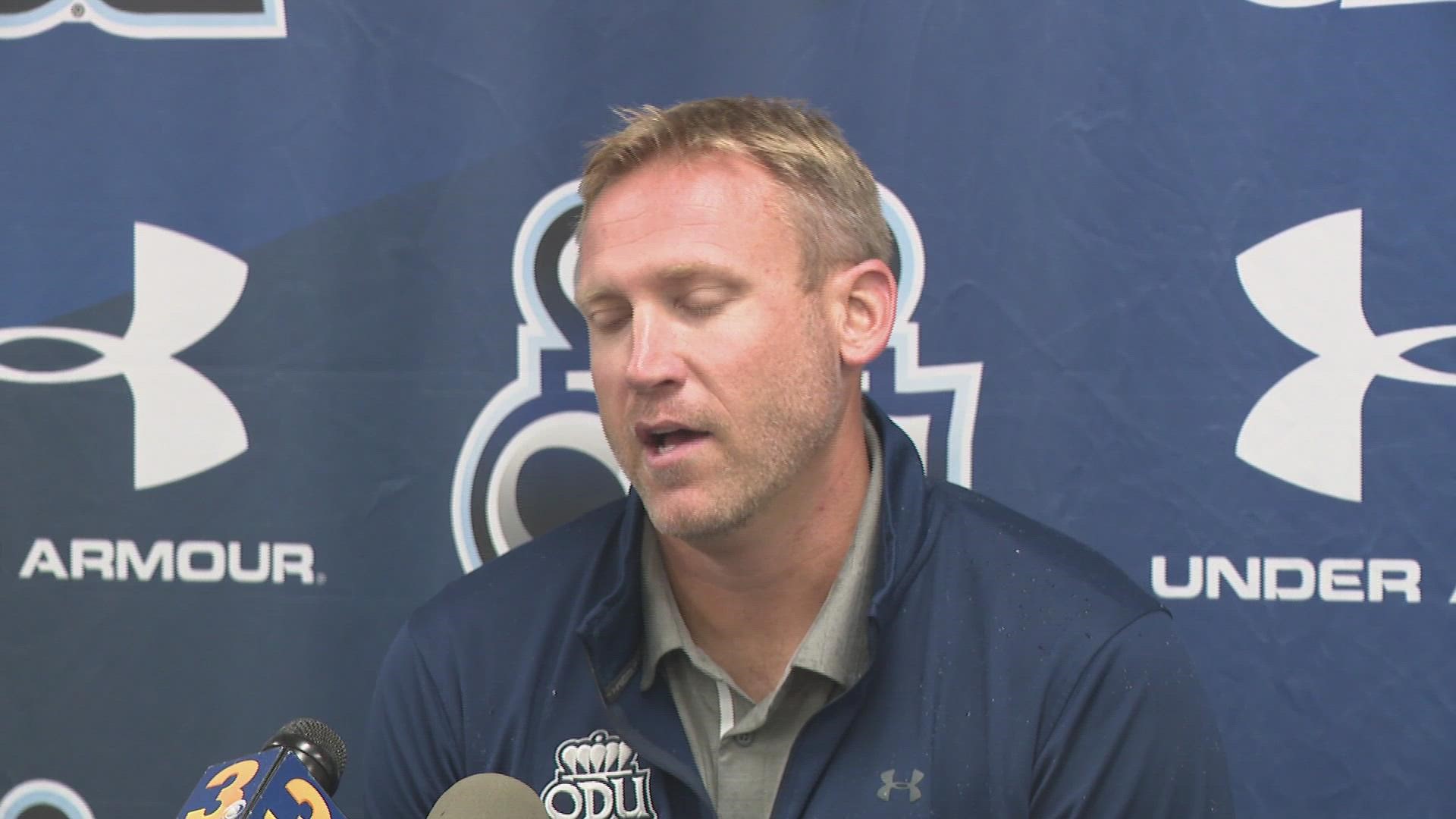 NORFOLK, Va. — About a month and a half ago, perhaps for some ODU football fans, the end of the season couldn't come soon enough. Now it's like, what's next?

After a (1-6) start, the Monarchs are in a position to become bowl eligible if they can win their regular season finale at home against Charlotte.

For a small class of seniors, it's their last game ever at S.B. Ballard Stadium. Head coach Ricky Rahne is very appreciative of what that group has done, "The senior class has obviously been through some ups and downs and been through a lot. They haven't waivered with their belief in what Old Dominion can be and their loyalty to this program."

For senior linebacker Jordan Young, that last part is the key, "For me, loyalty is everything and just sticking it out and trusting the process of coach Rahne's vision when he came in and explained what he wanted to do with the program. His vision aligned with my vision."

It's quite remarkable that a team which started with one win in his first seven games could even sniff a post season bid. The Monarchs kept the faith and senior offensive lineman Isaac Weaver explains how, "We just continued to embrace the (1-0) mentality. We just kept attacking each day with that same mentality, trusting that it would eventually begin to take hold and that we would be able to reap the benefits of all our hard work."

The crowds at S.B. Ballard Stadium this season have been underwhelming to say the least. Rahne is hoping fans will pack the place on Saturday and maybe not just to see if his team becomes bowl eligible, but to get another look at the individuals who put on the ODU uniform, "These are some unbelievable young men that they're getting an opportunity to cheer on one last time. Our fans are going to look back at some of these guys and realize, 'Man I think I probably should have appreciated that guy a little more when he was here.'"