A Saturday in April for High School football 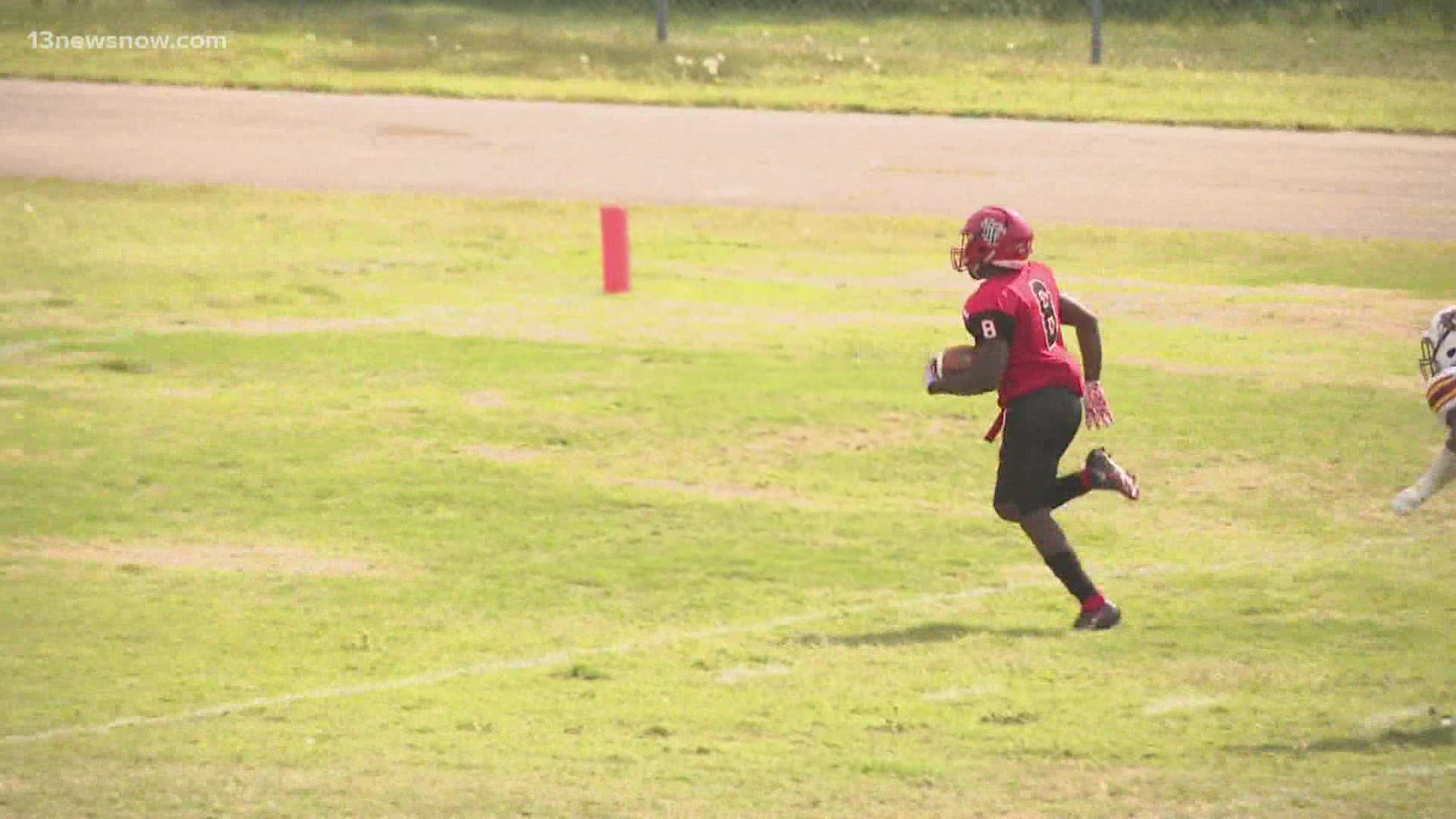 VIRGINIA BEACH, Va. — The revamped High School football schedule was already going to present some interesting scheduling. Shorts and T shirts would be the outfit of choice for playoff games and high school football would follow March Madness. With all the weirdness, what's a few more changes.

Friday rain pushed the whole slate of first round playoff games to a Saturday in April unlike any in Hampton Roads High School football history.

The Maury Commodores went to Salem and took down the SunDevils 20-7. Maury jumped on the home team early, scoring on their first offensive possession in route to a 13-0 halftime lead. Salem's returned the favor with a touchdown on the first play of half two, but it would be their only scoreboard movement.

Maury moves on to play Deep Creek, another road warrior, that traveled to Virginia Beach and took down the Cox Falcons. The game was nearly identical to it's geographical predecessor, Creek surged to a 13-0 lead, before an offensive drought and second half scoring drive from Cox created a contest. In the ensuing drive Deep Creek's Anthony Barnes picked up 42 of his 130 yards on a touchdown scamper to put the game out of reach.