Admirals get ready for 30th season 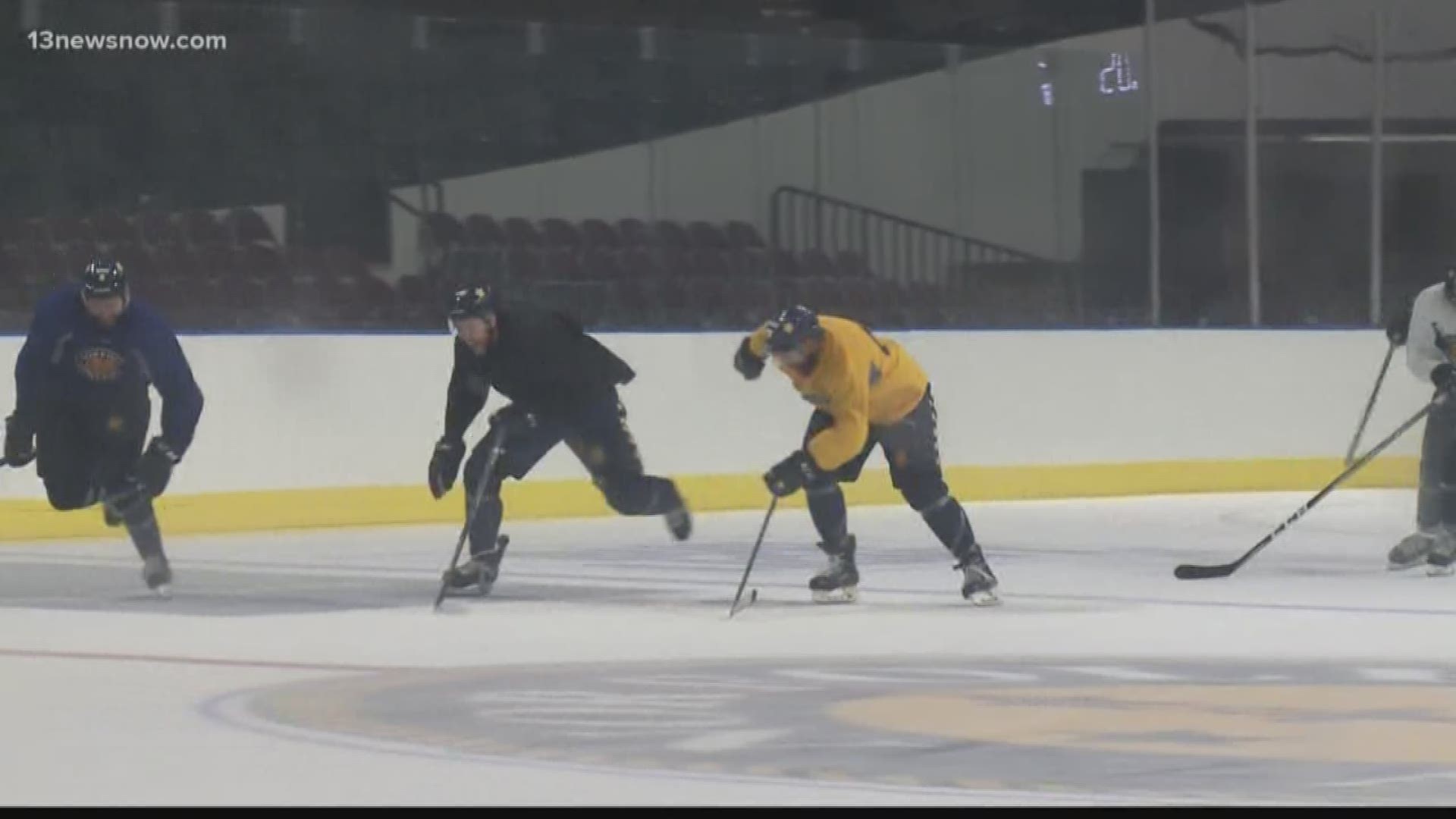 NORFOLK, Va.- As the Norfolk Admirals enter into their first year affiliation with the Arizona Coyotes of the NHL, they embark on their 30th as a franchise between the American Hockey League and the ECHL. Players are excited about the upcoming hockey season. "It's pretty special", says Admirals 2nd year goalie, Ty Reichenbach. "They're making some changes around the rink here. Some new seating. A new jumbotron."

Norfolk will play host to the Wheeling Nailers this Saturday at 7pm from Scope. "I think guys are just itching to get going", says forward, Manny Gialedakis. "It's been a long training camp. We've been working hard trying to make a roster. I think now it's just small little preparations to get going."