With another great outing by goaltender Ty Reichenbach and 3 points from Kelly Klima, the Admirals won it 3-1. 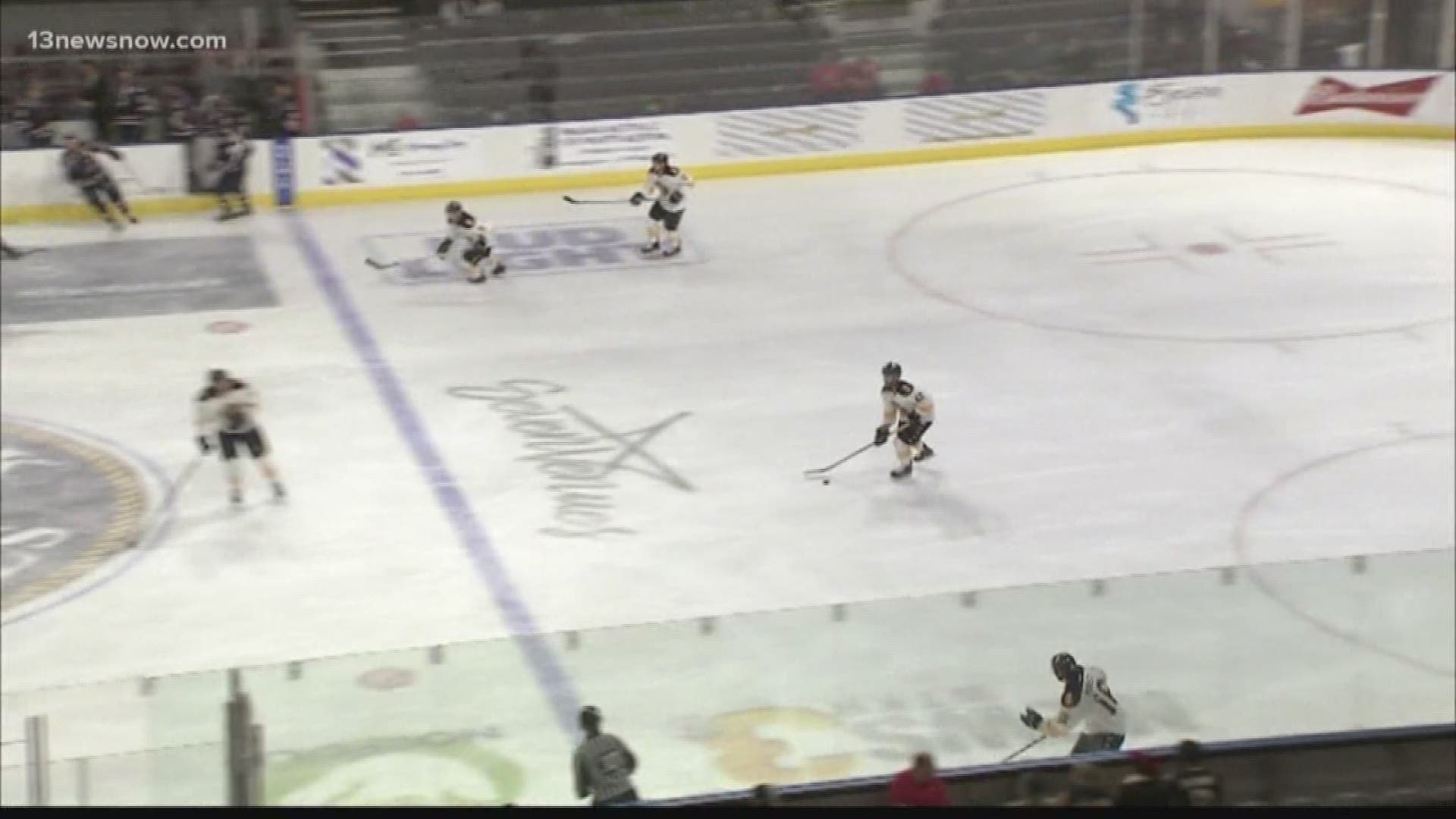 NORFOLK, Va. — Kelly Klima scored a goal and added two assists as the Norfolk Admirals topped the South Carolina Stingrays 3-1 Wednesday Night at Scope. Ty Reichenbach was strong as he made 37 saves on 39 shots in the win. With the win, Norfolk now sits seven points back of the fourth and final playoff spot in the South Division with a record of (20-24-3-3, 46 pts) on the year.

After a first period that featured the Admirals outshooting the Stingrays 20-9 in the first period, the two teams went into the first break scoreless.

Norfolk gained the lead courtesy of a power-play goal from Kelly Klima. Ben Duffy skated into the South Carolina zone and deked around a defender which led to an odd man rush. Duffy fed a pass from between the circles to Connor Hurley in the left circle. Hurley fed a pass back-door to Kelly Klima who was there to redirect the pass behind Parker Milner to give Norfolk a 1-0 lead at 6:57 of the second period.

South Carolina would tie the game on a power-play goal from Grant Besse. Vinny Muto gathered the puck at the center point after a failed clear by an Admirals defender. Muto played the pass into the right circle for Jordan Samuels-Thomas. Samuels-Thomas fed a slap pass to Grant Besse on the right side of the net. Besse picked up the puck and was able to slide it under Reichenbach after he made the initial save to tie the game at one goal with less than a minute to play in the second period.

The Admirals regained the lead on Chase Harrison’s first goal of the season. Kelly Klima dumped the puck into the South Carolina zone. Hurley found the puck behind the net and attempted to play the puck into the crease. Hurley’s pass which was intended for Klima in the slot, eluded him and ended up on the stick of Chase Harrison at the left point. Harrison teed off a slapshot that beat Milner on the glove side to give Norfolk a 2-1 lead at 5:05 of the third period.

The Admirals held off the Stingray attack for the remainder of the period while Ben Duffy added a late empty-net goal as Norfolk would win by a 3-1 margin.