Admirals players get a boost from their fans

With their season cut short due to Covid-19, players had to find other sources of income. Fans came up with the idea of an auction. 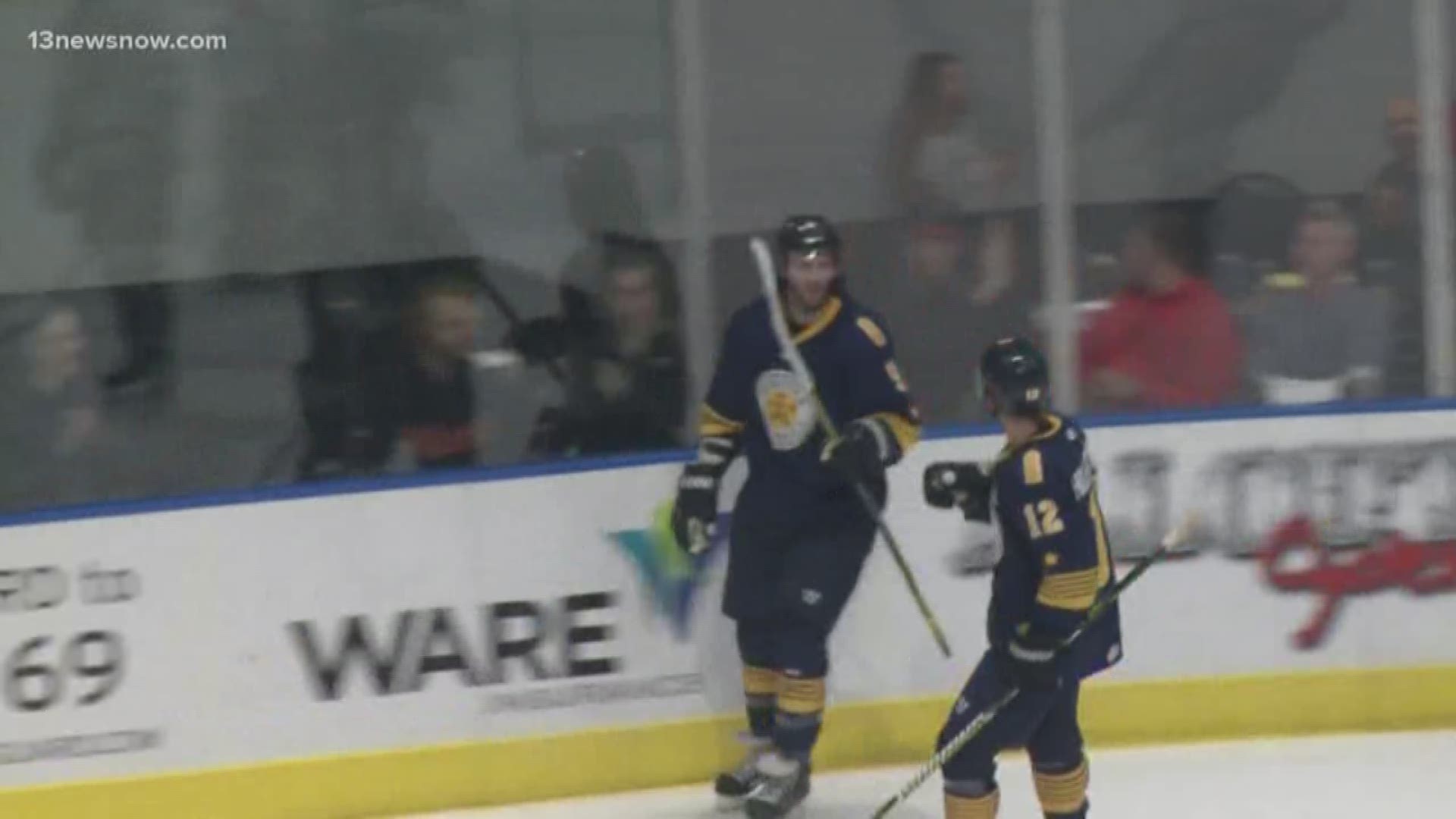 NORFOLK, Va. — When the Norfolk Admirals season came to an abrupt halt on March 12th due to the coronavirus outbreak, not only did the season stop, but also players paychecks.

The ECHL average for a player is $600 a week, so players scrambled to try and make ends meet with the season ending nearly three weeks early. There are no big television contracts for this level of hockey, so for the most part Admirals players got help from area sponsors who assisted with room and board. In stepped the Norfolk Admirals Booster Club and their president, Veronica Haran with an online auction. "The sponsor kind of becomes their family away from home", she says auction.

The players get to auction off jerseys or hockey sticks. Even booster members like, Paul Fahrenback were giving away a chair made of real hockey sticks. Players like forward, J.C. Campagna, say every little bit helps himself and his teammates. "We can get over the fact that we're not playing hockey, because we're sacrificing hockey for the greater good of society", he says. Campagna also added the feeling of disappointment. "When we found out that we were not only losing hockey, but losing our salary which some guys rely on heavily to survive, that was a tough pill to swallow."