Admirals relationship with Hurricanes has some history

Norfolk owner, Pat Cavanaugh and Carolina GM, Don Waddell go back to a time when it was a player/coach and relationship. 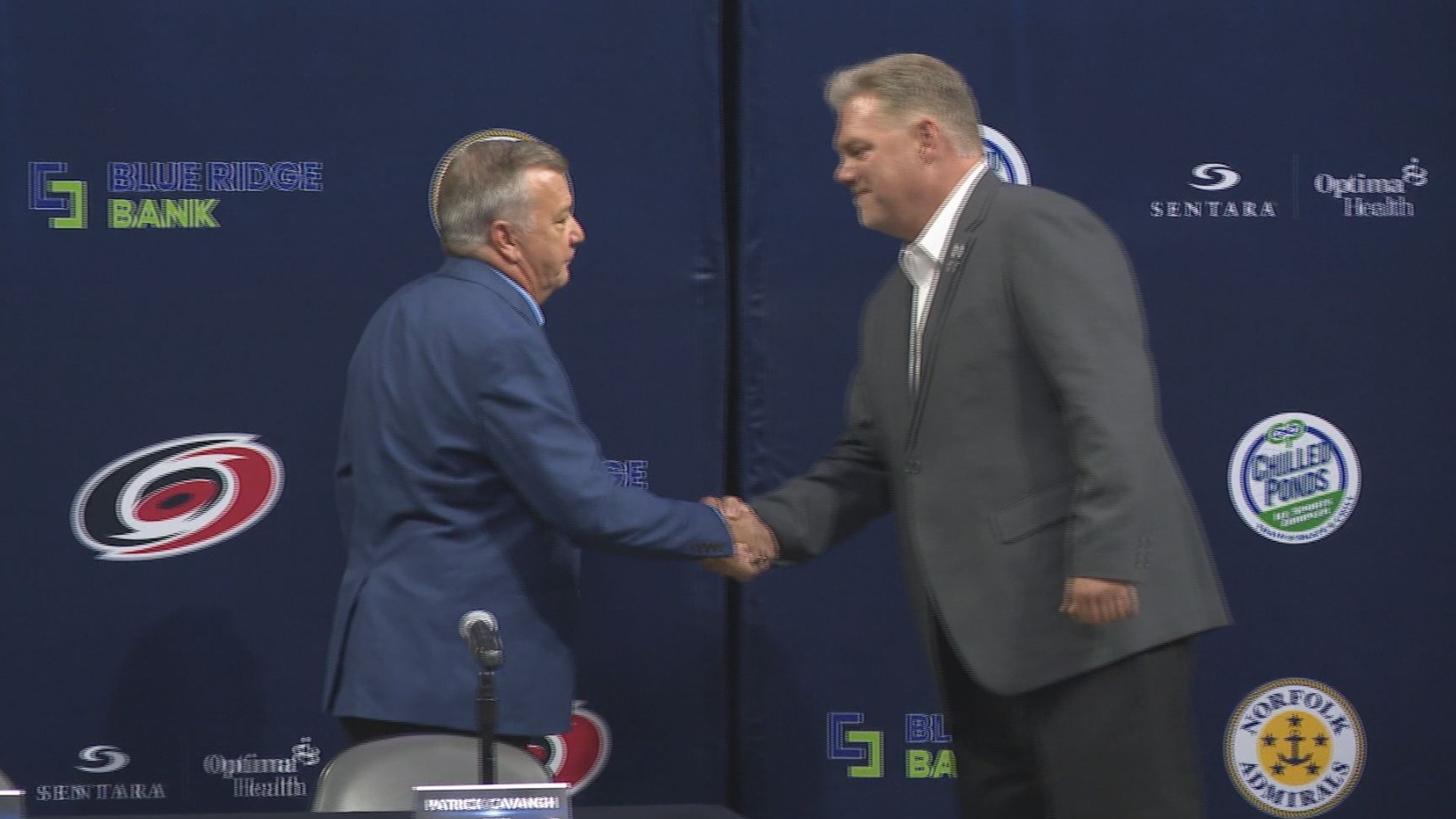 NORFOLK, Va. — If you dig a little deeper into the Admirals announcement of being the ECHL affiliate of the Carolina Hurricanes of the NHL, and you'll see it didn't just come out of thin air.

The two sides agreeing to a one year deal. Norfolk owner, Pat Cavanaugh actually has deep roots with Canes general manager Don Waddell. Cavanaugh was actually coached by the former NHL veteran and knows of the importance of having such a relationship now. "Every check box came back for the Carolina Hurricanes. Obviously they're run tremendously well."

Norfolk understands having such an affiliation with such a franchise that's about three hours away gives them the opportunity to have some of the club's top prospects. Waddell has nothing but positive things to say about working with Cavanaugh and the Admirals. "I know Patrick as a person", he says. "I know what he represents. Anytime you go into any type of relationship through a partnership, you want to work with good people."

The Admirals opened up their ECHL season at home on October 22nd at 7:30pm against the Reading Royals.