Admirals take the sting out of S. Carolina 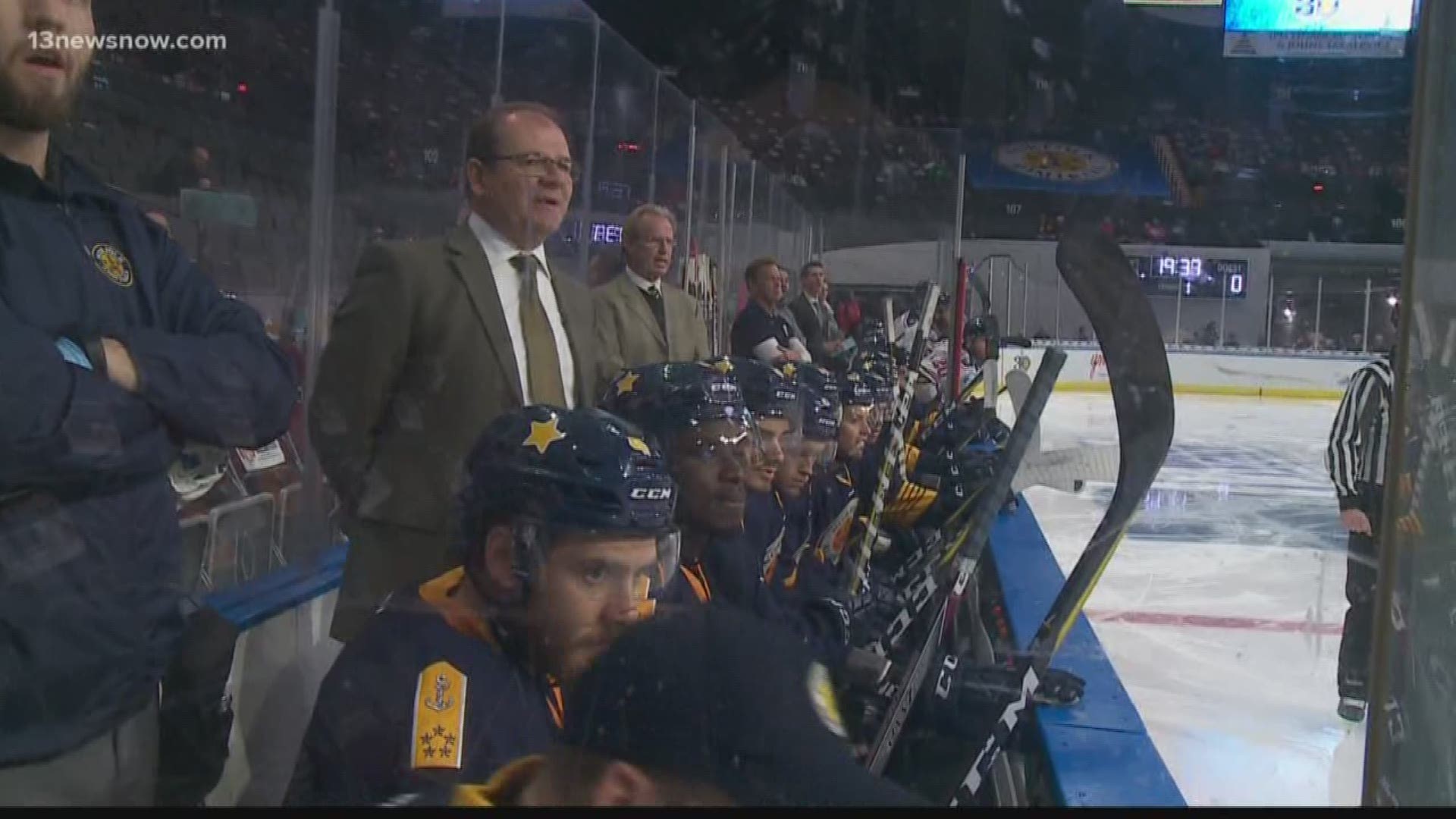 NORFOLK, VA – Merrick Madsen made 34 saves while Chris Crane scored twice to lead the Norfolk Admirals (3-1-0-0) to an impressive 4-1 victory over the South Carolina Stingrays at the Norfolk Scope on Wednesday night.

The Admirals got on the board first on their first power play of the night. Following a great keep-in and shot by Jalen Smereck, the puck bounced off the pad of Stingrays goaltender Adam Morrison and the rebound found the stick of former Stingray Taylor Cammarata. Cammarata hurled a shot high into the net for the tally at 9:26 of the opening period.

Before the close of the period, Norfolk added a second marker following a 4-on-2 rush into the South Carolina end. Darik Angeli entered the zone on the right wing and dropped a pass back to Chris Crane who cruised right down the middle of the slot. Crane held the puck and called his own number and delivered a shot past Morrison to extend the Norfolk lead to 2-0.

Norfolk goaltender Merrick Madsen went into second period having delivered four straight periods of shutout hockey to begin his young pro career. However, just 1:58 into the middle frame, it took a fortuitous bounce to result in his first goal allowed. South Carolina’s Tim Davison attempted a cross-ice pass, but the puck hit the skate of an Admirals defender and banked sharply and quickly past the unsuspecting Madsen for the goal.

The Admirals reclaimed a two-goal edge on a second marker from Crane. Norfolk pieced together nearly 90 seconds of pressure and shots on the South Carolina net. Smereck fired a shot on goal that was initially stopped by Morrison, but Crane squeezed the rebound underneath Morrison’s pad for the goal to give Norfolk a 3-1 lead after 40 minutes of play.

The Stingrays outshot the Admirals 11-4 in the third, but Madsen turned every shot aside. In addition, the Norfolk penalty kill was on point all night long, killing off all six Stingrays power plays in the game.

The Admirals sealed the game at 12:18 of the period as John Gustafsson recorded his first ECHL goal when he beat Morrison cleanly on a wrister from the high slot to pace the Admirals to a 4-1 victory.

Madsen was stellar, turning aside 34 of 35 shots, while Morrison takes the loss allowing four goals on 21 shots faced.