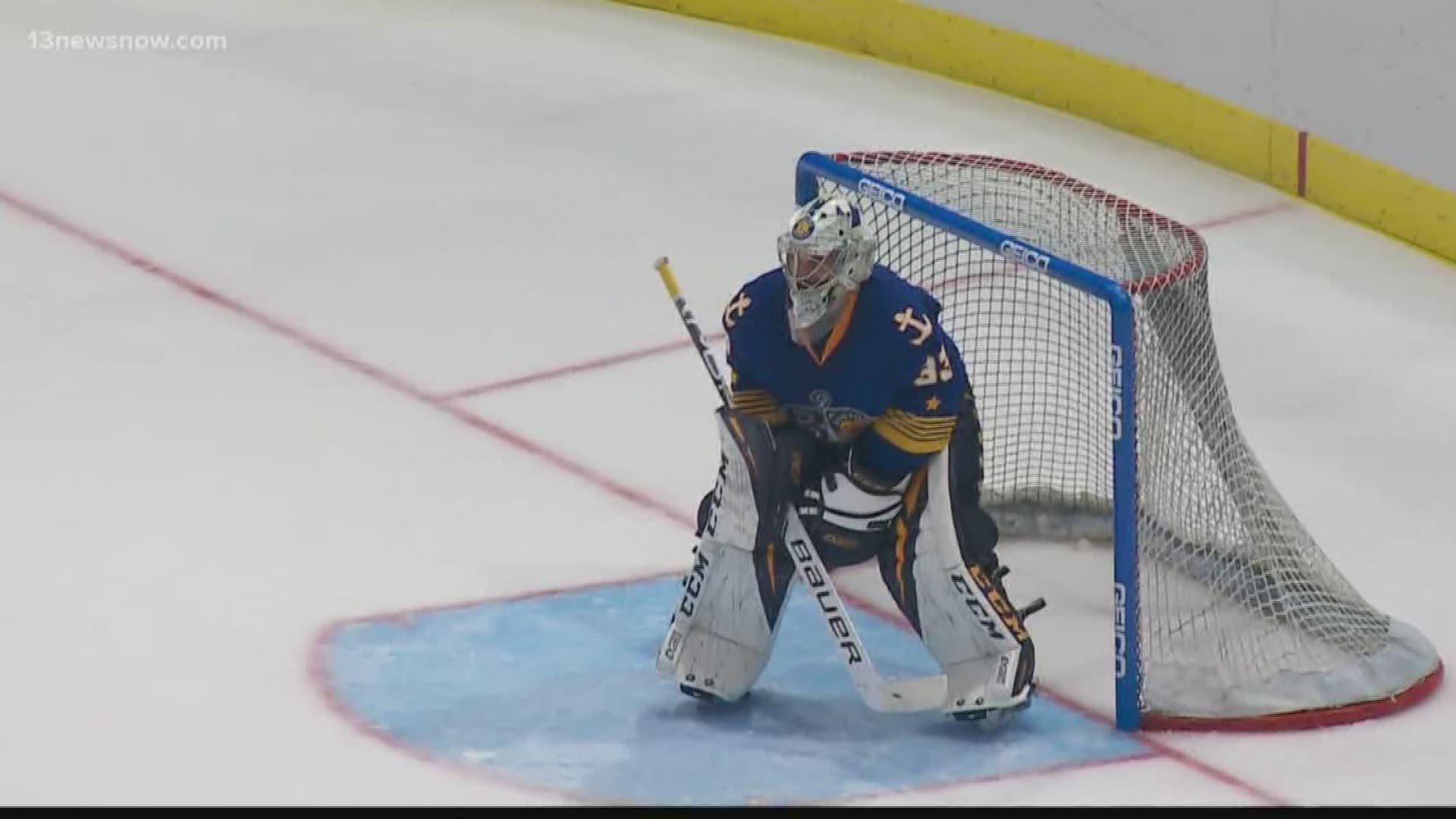 NORFOLK, VA – Zane Schartz scored twice while Ty Reichenbach made 45 saves to lead the Norfolk Admirals to A 5-3 Opening Night victory over the Wheeling Nailers in front of an announced crowd of 7,130 at Scope Arena on Saturday night. Both teams exchanged scoring chances throughout the opening period, but the Admirals got on the board first on a tally by Connor Hurley at the 18:10 mark. Taylor Cammarata circled behind the net and delivered a pass to the top of the crease that was batted home by Hurley for his first career goal in his pro debut.

Norfolk added to its 1-0 lead at 7:35 of the second period with a power play tally. Following a faceoff win to open the power play opportunity, the puck glided to Zane Schartz at the blue line. Schartz delivered a high-rising shot that clipped underneath the crossbar and into the net to extend Admirals lead to 2-0. The goal was the first for Schartz of his professional career.

The Admirals continued their assault seven minutes later when Jake Wood connected on a pass from Matt McMorrow that floated softly toward the Wheeling net. Goaltender Evan Cowley got a piece of the puck off the pad, but the puck managed to slip by him and slide across the goal line for the goal.

Norfolk carried its 3-0 lead into the third, and quickly went ahead by four on a TJ Melancon goal at the 1:06 mark. Melancon picked up a rebound on the right side of the crease and lifted a shot high over an outstretched Cowley.

Wheeling got on the board three minutes later, when Elliot Grauer received a pass in the slot and wristed a shot low underneath the pad of Admirals netminder Ty Reichenbach to put the score at 4-1.

Norfolk countered five minutes later, as Schartz recorded his second of the contest. Normally a defenseman, Schartz played forward in the third period and delivered. Schartz clipped a shot past Cowley from a tough angle at the left circle to put the game at 5-1.

Wheeling found second life when the Admirals were assessed a major penalty following a fight that sent the Nailers to the power play. Wheeling quickly converted on a second goal by Grauer at 13:49 to cut the deficit to three. Less than a minute later, defenseman Danny Fick wristed a shot cleanly into the back of the Norfolk net for a third Wheeling power play marker and pull Wheeling within two.

Despite the late Wheeling surge, the Admirals penalty kill closed out the remainder of the power play, and secured the 5-3 victory. Reichenbach earned the win making 45 saves, while Cowley takes the loss allowing five goals on 20 shots faced.