Admirals have familiar faces back as training camp opens

Former Admiral, Rod Taylor takes over as head coach and will try to revive team's tough times on the ice. 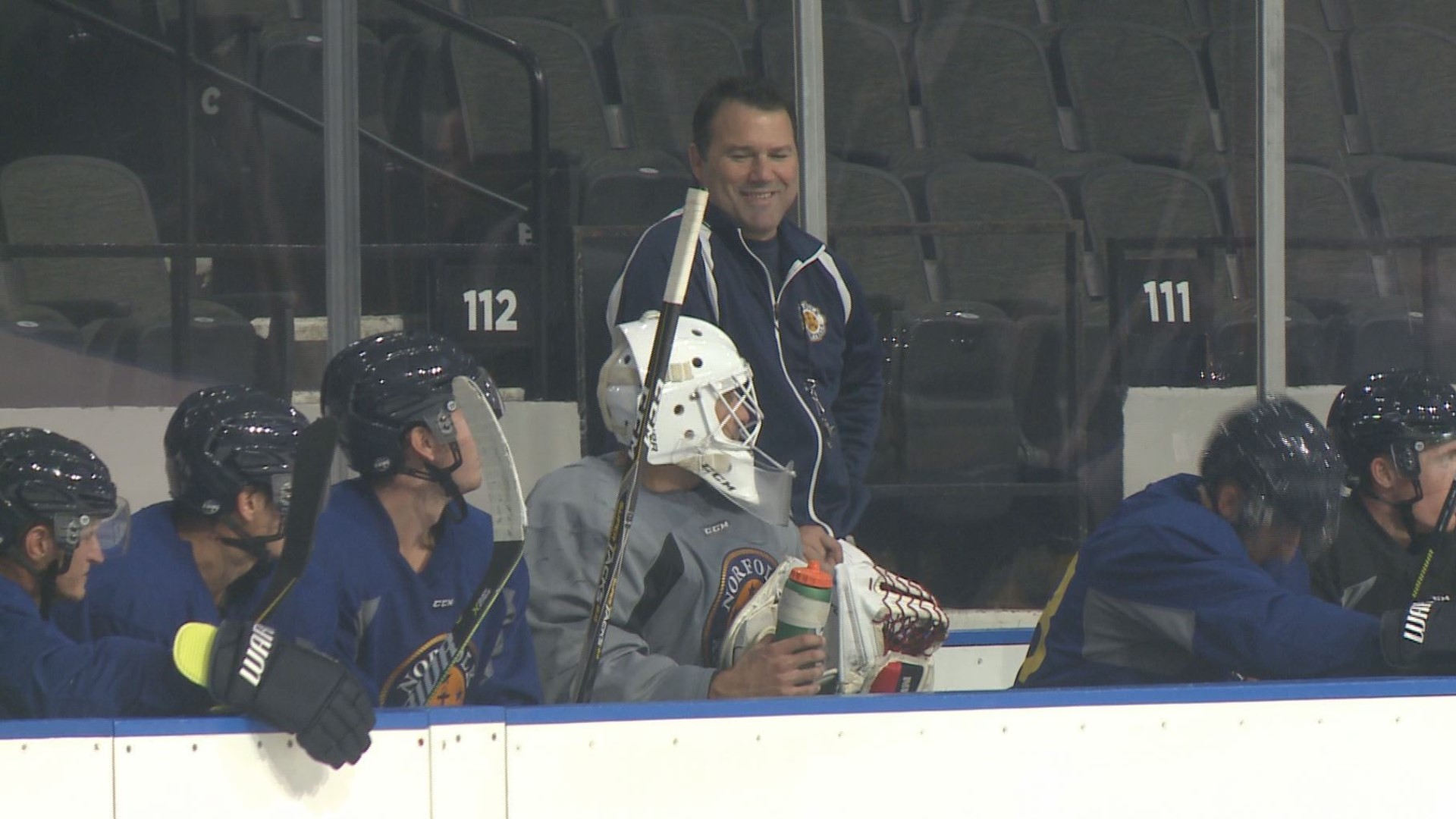 NORFOLK, Va. — Wholesale changes happening to the Admirals in the off season that included ties to its past. A new owner, head coach and assistant take over the reigns of a once prominent franchise that's hit rough times on the ice since winning an American Hockey League Calder Cup title in 2012. The team declined when they became an AHL affiliate with Anaheim. By the time Edmonton, Nashville and Arizona took their chances with Norfolk, the crowds started dwindling at Norfolk Scope.

As camp opens this week, returning players like forward, Christian Horn are on board. "When you have a guy that's been here at the heyday of Norfolk Admirals hockey. He wants to get that back. It gives me chills."