Brandon Halverson made 25 saves on 30 shots and takes the setback for Norfolk. 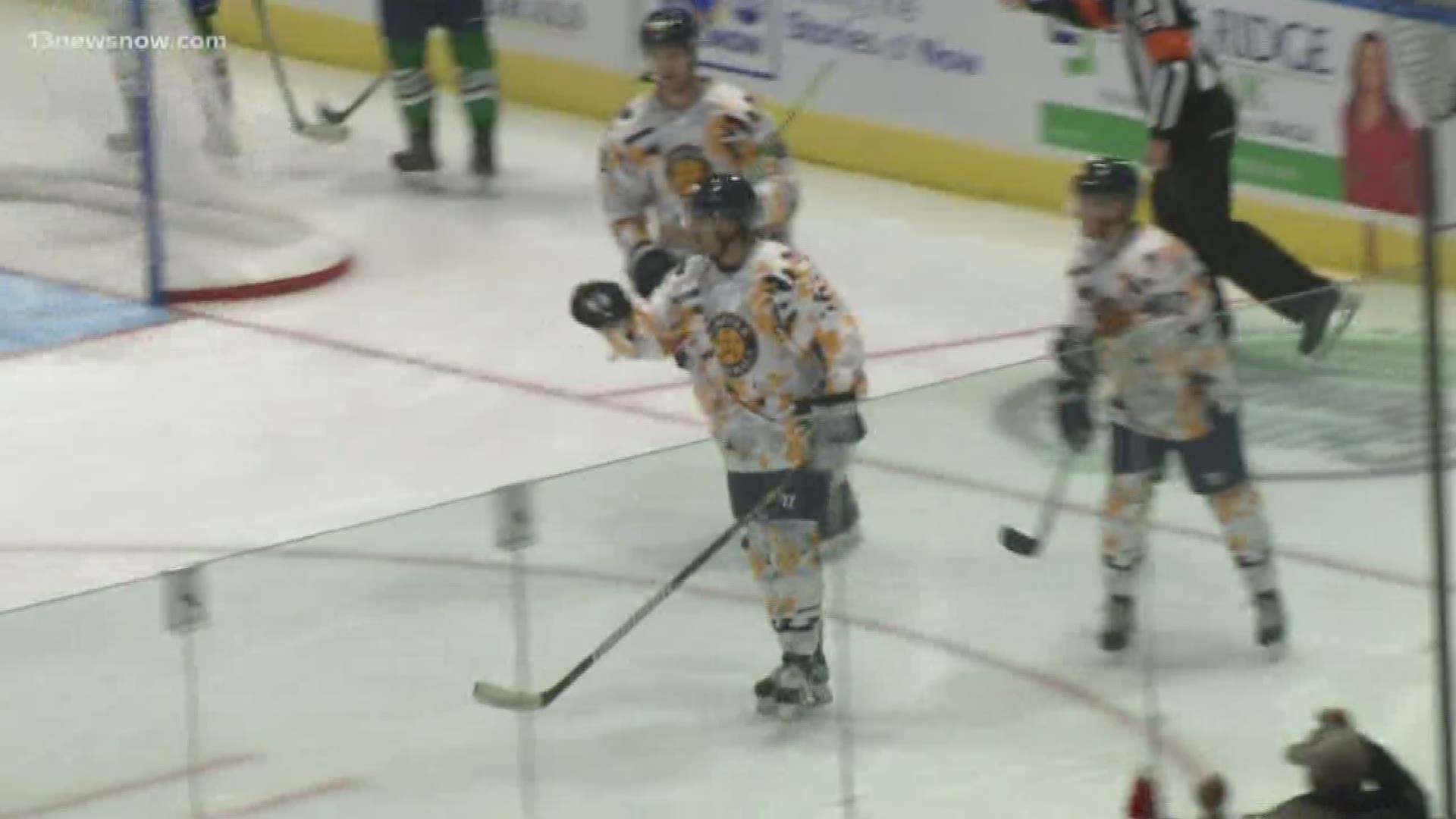 Norfolk jumped out in front just two minutes into the contest with a goal from Alex Rodriguez. Braylon Shmyr fired a puck to the net which was redirected by Austin McEnerny and the rebound bounced to the stick of Rodriguez who backhanded a shot past the pad of Cam Johnson to give Norfolk a 1-0 lead at  of the first period.

Florida tied the game with a goal from Jeannot. Justin Auger played a puck into the left circle which was redirected in front of the net by Hunter Garlent. He then fed a pass to Jeannot who one-timed a shot past the glove of Halverson to tie the game at one.

The Everblades re-took the lead with less than a minute to go in the first period. Michael Hunterbrinker brought the puck into the Norfolk zone on the right side and found Logan Roe streaking in on the left side. Roe skated into the circle and fired a backdoor pass to Jeannot who redirected the shot past Halverson to give Florida a 2-1 lead.

Florida extended its lead to two goals with a tally from Blake Wineicki. Hugo Roy dumped the puck into the Admirals zone behind the net, where Wineicki gathered the puck and took a shot from a sharp angle which was knocked into the net by Halverson to give Florida a 3-1 lead.

Norfolk cut into the Florida lead with a goal from Philippe Hudon. Matt Ustaski received a pass in the right circle from Ben Holmstrom. Uskaski’s attempted centering feed took a deflection before being wristed past the glove of Johnson to cut the Florida lead to two goals just 33 seconds into the final period.

Florida re-took a three goal lead, with another goal from Jeannot, his second of the game. Hunter Garlent along the far-wall for Jack Nevins. He centered a pass to Jeannot who deflected a shot past Halverson to give Florida a 5-2 lead.

Cam Johnson made 16 saves on 18 shots and gets the win for Florida. Brandon Halverson made 25 saves on 30 shots and takes the setback for Norfolk.