The Aggies outscored the Spartans, 25-14, in the final 10 minutes. The Aggies erased a 13-point Spartan edge from midway through the third quarter. 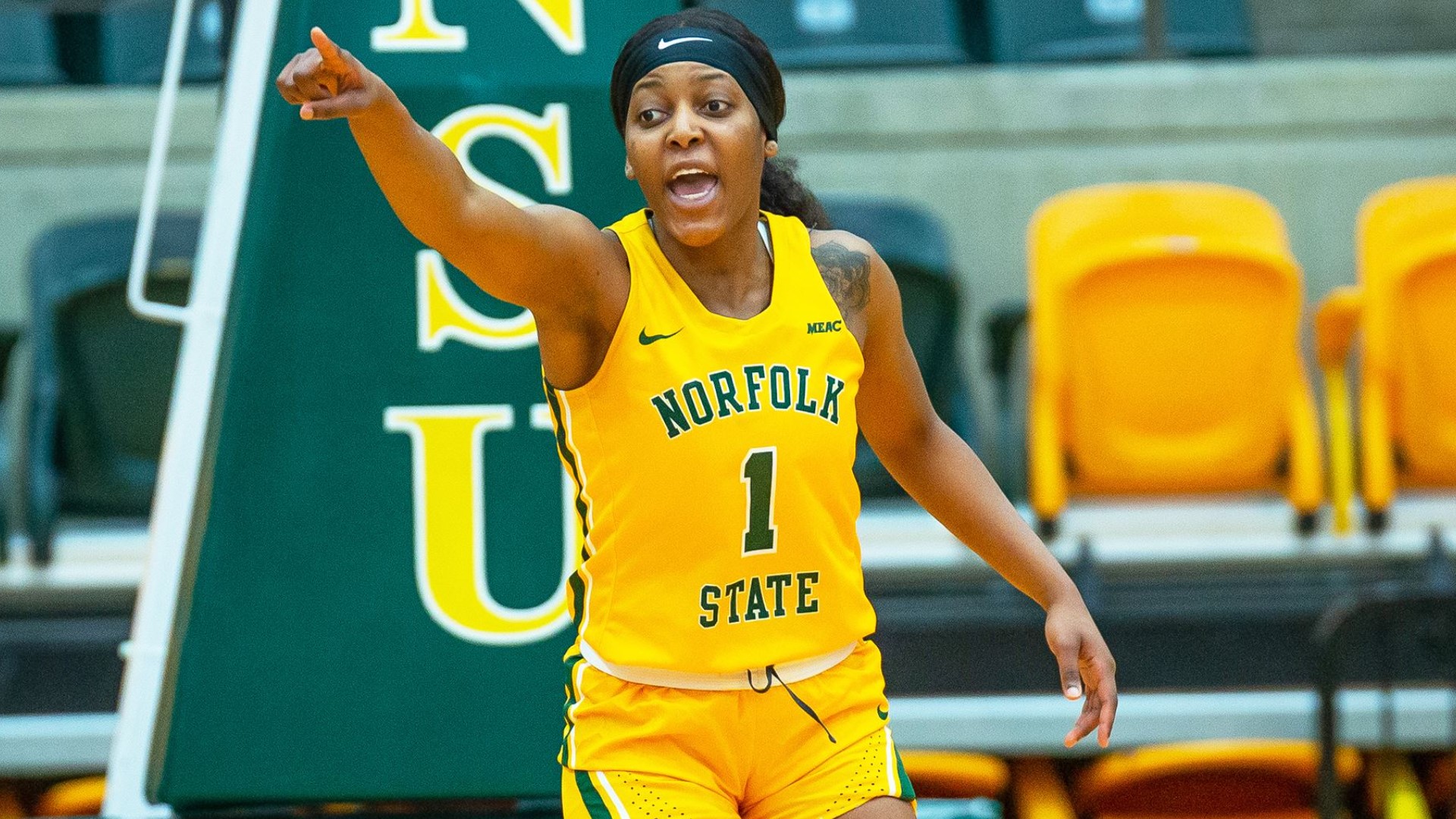 Trailing 46-40 entering the final quarter, the Aggies outscored the Spartans, 25-14, in the final 10 minutes. The Aggies erased a 13-point Spartan edge from midway through the third quarter.

Norfolk State senior Mangela Ngandjui led the team with a season-high 16 points and also had a game-high 14 rebounds to record a double-double. Spartan senior Armani Franklin had a season-high 15 points. Jalynn Holmes also had 15 points.

Junior Jasmen Walton and senior Chanin Scott had 19 points each to lead the Aggies. The Spartan defense held the Aggies to just 33 percent from the field (16-48) through three quarters but North Carolina A&T got hot in the fourth, hitting 8-of-14 shots (57.1%), including 4-of-6 from 3-point range. Deja Winters, the team's leading scorer entering the game, contributed 11 points in the win.

The two teams will play again at 2 p.m. Sunday.

"Intensity and effort were good," said NSU head coach Larry Vickers. "But we did not do enough to win the basketball game. A&T is a good transition team, and we cannot give them turnovers." The Spartans had 21 turnovers, 13 in the second half.

"We have to realize we can beat anyone on any day," Vickers said about the rematch on Sunday.  "We just need to be consistent with our play."

Playing their first game in four weeks, the Spartans showed no rust and roared out to an 8-2 start behind two 3-pointers by senior Ngandjui. The first-place A&T squad answered with 10-0 run, spurred by five points from Scott, the transfer from Georgia Tech. The Aggies kept the lead to the end of the quarter, 15-11.

In the second period, the Spartans rallied to take the lead early but fell behind again, 24-20. Then Norfolk State went on a 14-3 run to finish the half with five points each from senior Armani Franklin and junior Jaylynn Holmes. Norfolk State led 34-27 at intermission.

The Spartans continued the defensive pressure at the start of the second half, pushing their lead into double figures courtesy of a 12-6 run, led by Franklin's five points. The Aggies rallied at the end the quarter with a 7-0 run to cut the deficit to 46-40 entering the final stanza.

The Aggies put together a 15-4 run to open the fourth quarter led by seven from Walton to retake the lead, 55-50. The Spartans bounced back with an 8-3 run, including by a Holmes three, Franklin runner and an E'Lexus Davis 3-pointer to tie the game at 58 with less than three minutes to play. After trading buckets, Scott hit a free throw to push the Aggies into the lead for good, a 61-60 edge with 1:30 to go. The Spartans would not score again, and the Aggies hit all four free throws down the stretch for the 65-60 win.

NSU will honor two seniors, Franklin and Ngandjui, prior to their Sunday home finale.