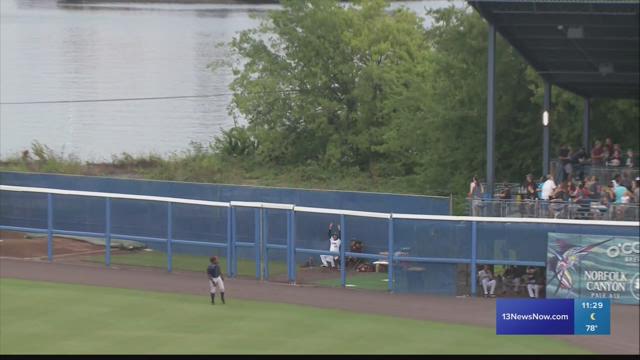 NORFOLK, Va.- Josh Rogers worked seven strong innings and Pedro Álvarez homered as part of a three-hit night to help power the Tides to a 5-1 win over Toledo Saturday night at Harbor Park. Making his organizational debut after being acquired from the New York Yankees in a trade for LHP Zach Britton, Rogers (7-8) limited the Mud Hens to three hits over seven sterling innings of work. He walked three and struck out two, facing six batters over the minimum while needing just 84 pitches to navigate his outing. The 24-year-old southpaw only allowed two Mud Hens to reach second base in the outing as he turned in his 11th Quality Start of the season. It was also the fifth outing this season in which Rogers registered seven shutout innings in a start.

Álvarez gave the Tides an early lead with a first inning RBI double off of Jacob Turner (1-4), then extended Norfolk’s advantage to 2-0 with a solo homer in the fourth frame. He capped his evening by singling and scoring a run in the sixth to help Norfolk win for the 10th time in the last 12 contests.

Luis Sardiñas belted a two-run home run in the win, helping Norfolk hold on to its 1.0-game lead over Scranton/Wilkes-Barre in the International League Wild Card standings. The win improved the Tides to 6-3 against Toledo this year, clinching a season-series victory over the Mud Hens. Norfolk is now 39-19 against Toledo since the start of the 2012 campaign.