Amir Smith, son of former #1 NBA Draft pick, Joe Smith is trying to make a name for himself

The son of Norfolk native and top draft pick, Joe Smith, is working hard this summer at the 7 Cities Pro Am. 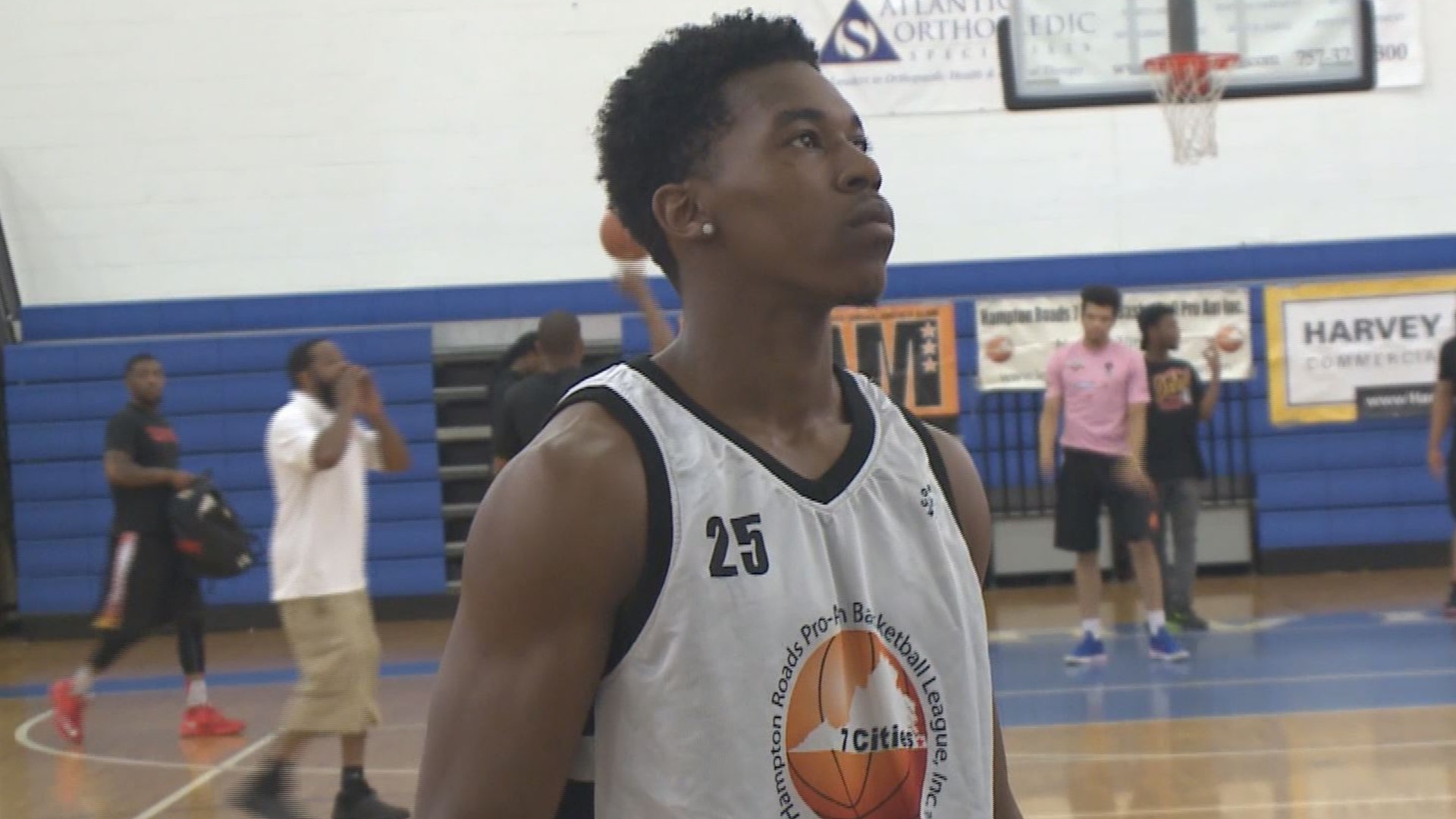 NORFOLK, Va. — It's never easy being the child of a famous person. Amir Smith has a little leeway with his last name, but once he decided to transfer to Hampton University, that could change. Smith, who's coming from Florida Atlantic, is the son of Norfolk native and former NBA top draft pick, Joe Smith. The 21 year old is playing in this year's 7 Cities Pro-Am Summer League and is happy to be in the area. "I want to come in and meet his family", he says. "I feel like this is where I was meant to be".

The Houston, Texas native started out his collegiate career at Rice for a year, but then transferred to Florida Atlantic for the past two seasons. He's not worried about the very large shadow his father cast on the court from his days in high school with the Maury Commordores, as an All-American at Maryland to a 16 year NBA career. "He motivates me to who he was".