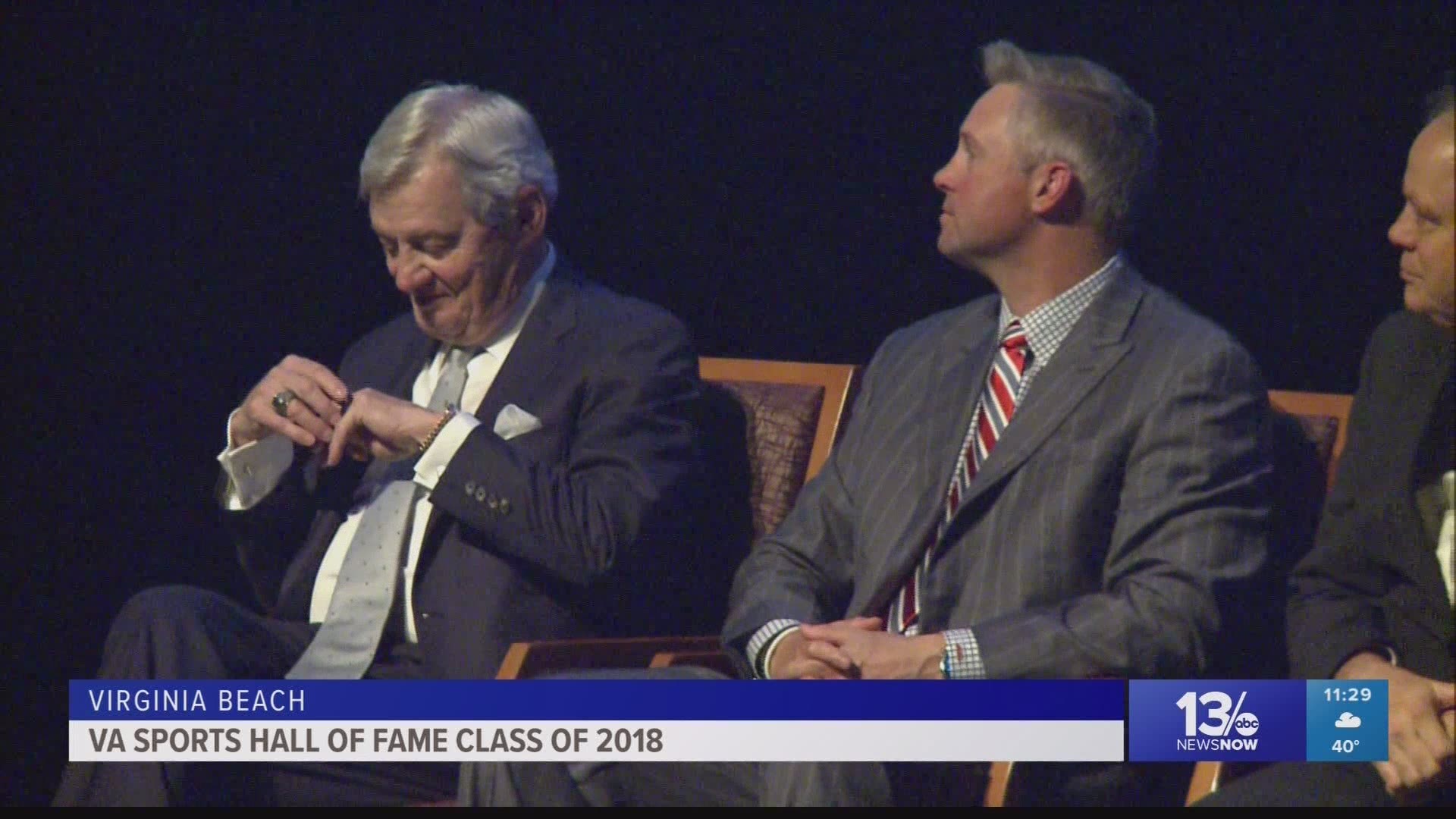 VIRGINIA BEACH, Va.- Just when you thought each class coming into the Virginia Sports Hall Of Fame couldn't get any better, it does. The eight new members of the 2018 class was no different. Leading the way, Virginia Tech football coaching great, Frank Beamer. "To be recognized in the state of Virginia is just special", he says. Joining him, former Major Leaguer and Chesapeake native, Michael Cuddyer, former University of Virginia and NFL veteran running back, Thomas Jones along with former WNBA and University of Tennessee Lady Volunteer, Kara Lawson.