Our Athlete Of The Week is Great Bridge's Kolby Allred who is a 2-time defending state champion wrestler at 160 pounds, and does so with ADHD. 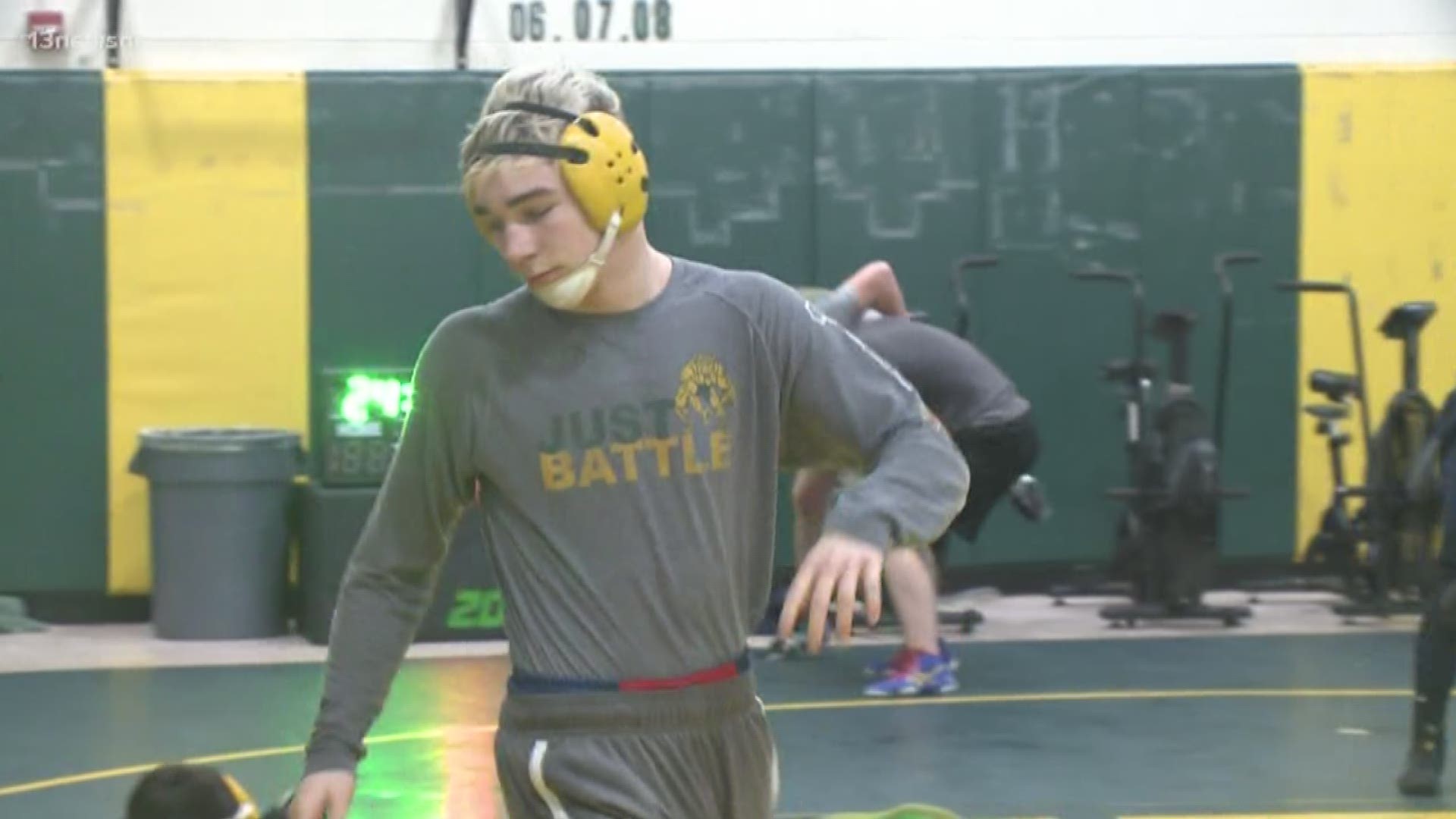 CHESAPEAKE, Va. — Great Bridge High School wrestler Kolby Allred had an impressive showing this past weekend at the 40th annual Virginia Duals from the Hampton Coliseum. The senior won at 152 pounds. He's got the Wildcats poised as one of the best programs in the state, and does so while having ADHD (Attention Deficit Hyperactivity Disorder). "I used to medicate before I started wrestling", he says. "Once I got into wrestling, I kinda got the chance to get all of that out of me. All my energy I used in the room. It was a good place to take all of my energy and built up stuff inside." This method worked for him.

The Wildcats would go on to win over Landstown in the Black and Blue Division Championship 45-21. Head Coach, Matthew Small sees a level of maturity in his wrestling who he thinks has the ability to be among the top ten nationally in the country. "A little more calculated and a little more refined", he says. "He's very good about asking questions and trying to dip in those areas that some might ignore."

Allred, who's eyeing for a third straight title at 160 pounds, will take his talents to Old Dominion University where he'll be with former Great Bridge coaching great, Steve Martin. He's looking forward to the challenge. "I'm a kid that loves wrestling. Has loved it since he was young and a kid that doesn't settle back or content with where he's at."