King's Fork guard, Epps has a game that's getting noticed

Our Athlete Of The Week as a sophomore is considered one of the best in the country in his class as the Bulldogs lead the Southeastern District. 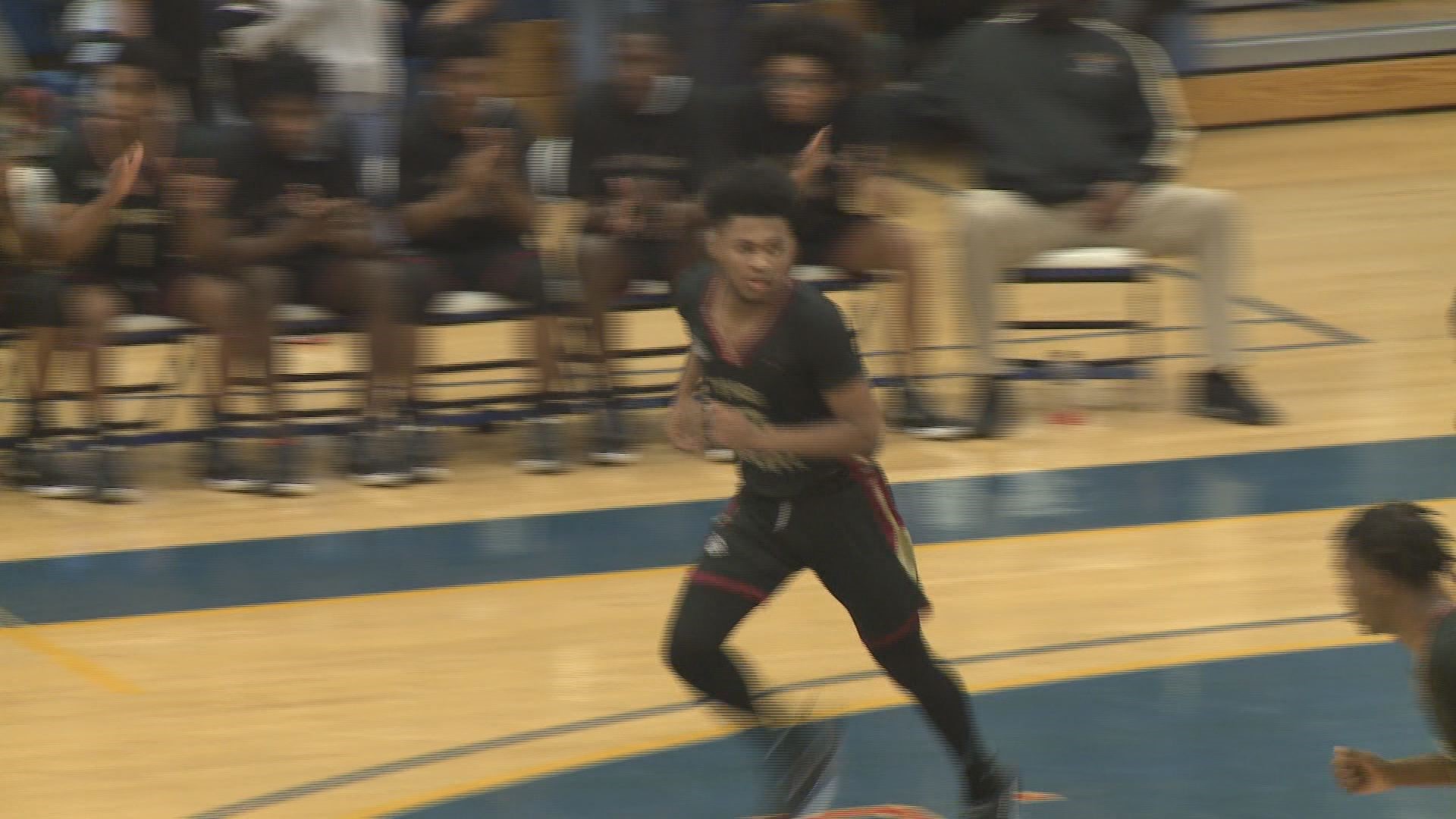 SUFFOLK, Va. — It's no secret the 757 has put out some talented basketball players over the years. Some have gone on to be top picks in the NBA Draft like Joe Smith and Allen Iverson. Today there are others in the league like Mavericks, Dorian Finney-Smith out of Portsmouth.

At King's Fork High School, you might to keep an eye on Jayden Epps. The 6-1 guard put on a show recently for the Bulldogs in their 72-68 win at Oscar Smith. Epps had 32 points, 7 assists, 6 rebounds, and 3 steals for the game and makes it looks easy. "I just let the game come to me" , he says. "We just keep running our offense that Coach put in for us and we'll be successful".

Yet with his immense talent, the Granby Comet transfer is all about team and long term goals of winning a state title. He's one of the best sophomores in the country and is ranked number one in the state of Virginia. He has more than 10 offers so far that includes Old Dominion, Virginia Tech, VCU, Florida and Texas A&M.

His head coach, Rick Hite has coach someone of Epps' talent in the past. Seattle quarterback, Russell Wilson at the Collegiate School in Richmond and Frank Mason at Petersburg High School. He knows Epps will do well even beyond college. "Obviously he's a Division I player", he says. "I believe he's a next level player. I don't mind saying it. I don't mind posting it. I've played with it because of his commitment to the team and he's a coachable guy and he's not going to stop trying to get better."