Athlete Of The Week: Allen Strothers 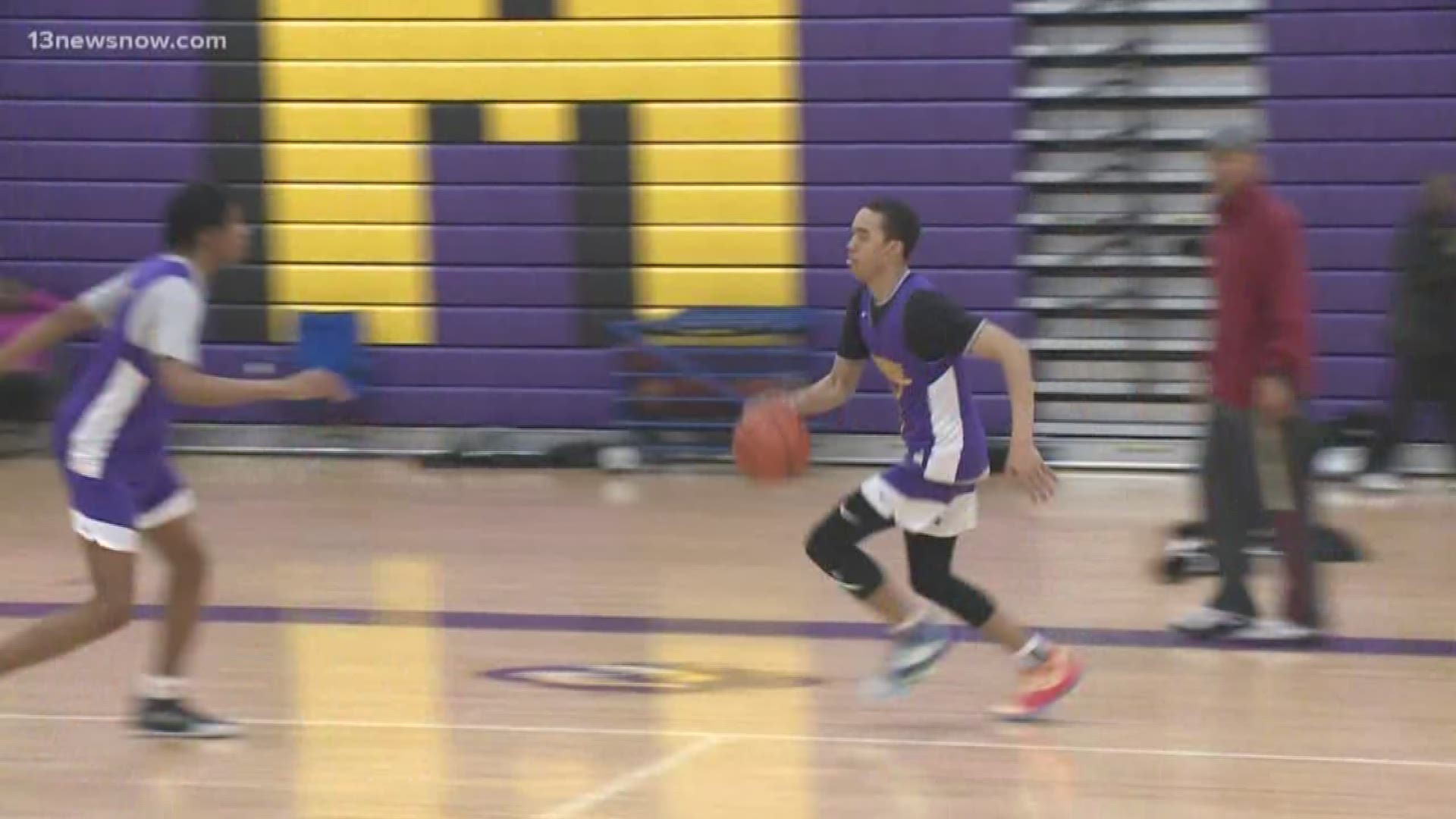 NEWPORT NEWS, Va. — This time of the year it's about survive and advance for area high school basketball teams. Menchville guard, Allen Strothers and the Monarchs are no different. They're making noise in Class 4 Region A. Strothers has been the key to that success. Normally soft spoken, he's had to change that role and that's among the reasons why the Monarchs are currently 20-3. "I was always told I had to talk more", he says. "I work on that, but off the court I'm quiet person so I kind of manage to go from off the court to on the court".

The junior certainly has the support of his father, Lamont. "Allen is the glue to the team", he says. "He handles the ball a lot. Gives directions. For the most part I can stay there and let him direct." It also gives the two a chance to enjoy time together not only as player and coach, but father and son. Lamont's basketball resume is certainly a full one. He's the 4th all-time Division III leader in points while he was at Christopher Newport, and is among a hand of players from Division III ever to get draft by the NBA back in 1991. "I love being coached by my Dad. To me there's nothing better", he says. Lamont beams with pride. "I'm coach, but not an overbearing dad", he says. "What's made it fun is that he loves his teammates."