Athlete of the Week: Mya Byrd

A tennis phenom and a straight "A" student, Byrd has a bright future 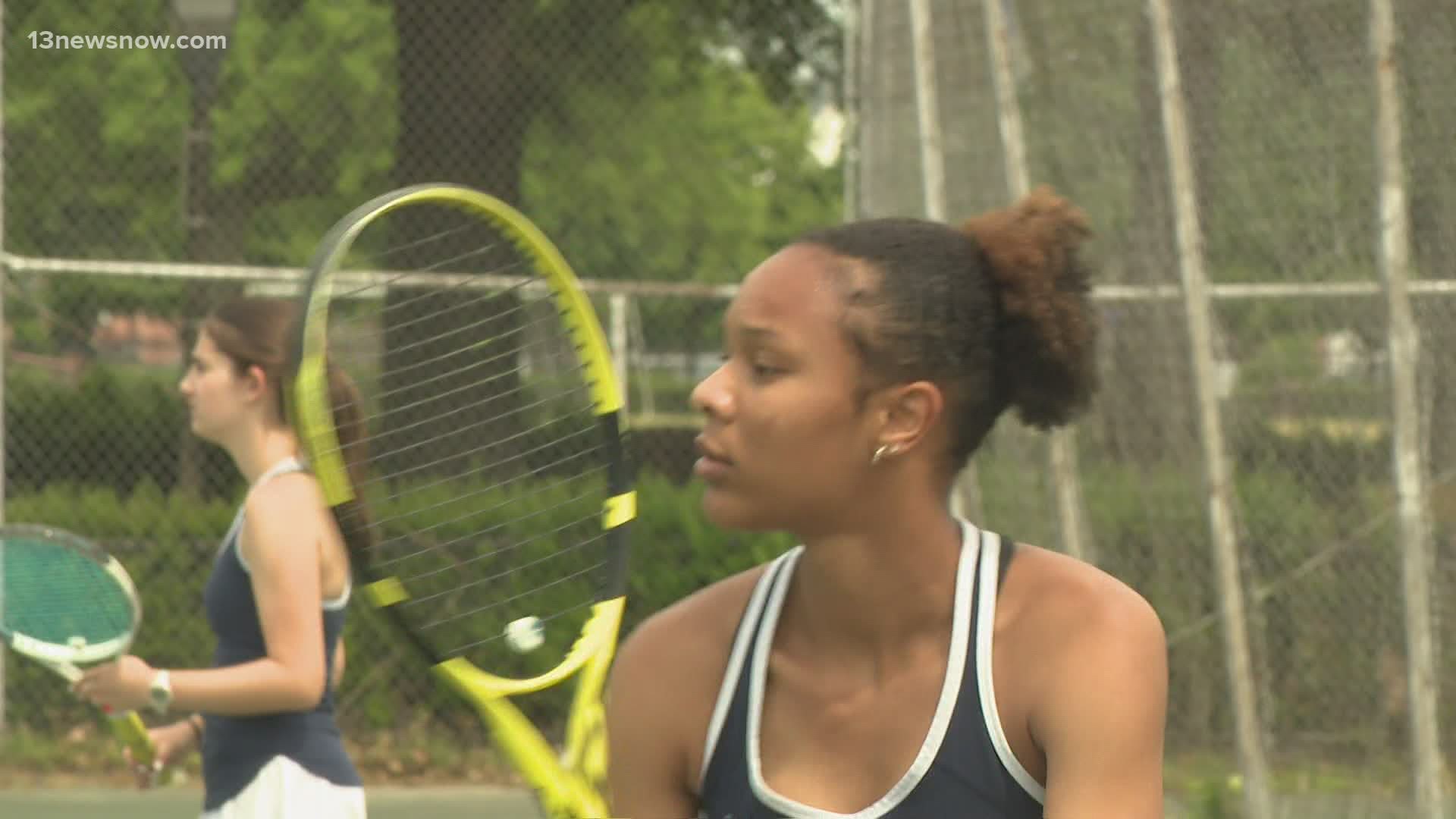 NORFOLK, Va. — When you win a state tennis title as a freshman you certainly get people's attention. Maury High's Mya Byrd has been turning heads on the court for quite some time.

Byrd's tennis journey started when she was three years old and the family went to Walmart. Byrd remembers it well, "We were just walking up and down the aisles and I saw this pink racquet and it had Serena Williams and Venus on it and I just had to have it, so my parents got it for me."

Jody Sanzo is the head coach at Maury. He loves having Mya on his team and not just because it's a guaranteed win every time she plays. Sanzo says, "She is a natural leader. She's taken this team under her wing. She works with the younger girls because we do have a young team. Outside the gates, she's the nicest person in the world but you get inside the gates, her focus is on winning the match."

We think of tennis as an individual sport, but when asked what she loves about tennis, Byrd says, "The camaraderie of the sport and especially being a team sport. Then again, you're by yourself playing singles so I take more accountability."

Byrd is now a junior a Maury and taking aim at another state title. She and everybody missed out last year when the tennis and spring sports season got wiped out thanks to the pandemic.