Sports and school are like 2 full-time jobs for student-athletes. Folks like Ivana Rich at NSU and Ronald Moss at ODU aim to guide them in the classroom and beyond. 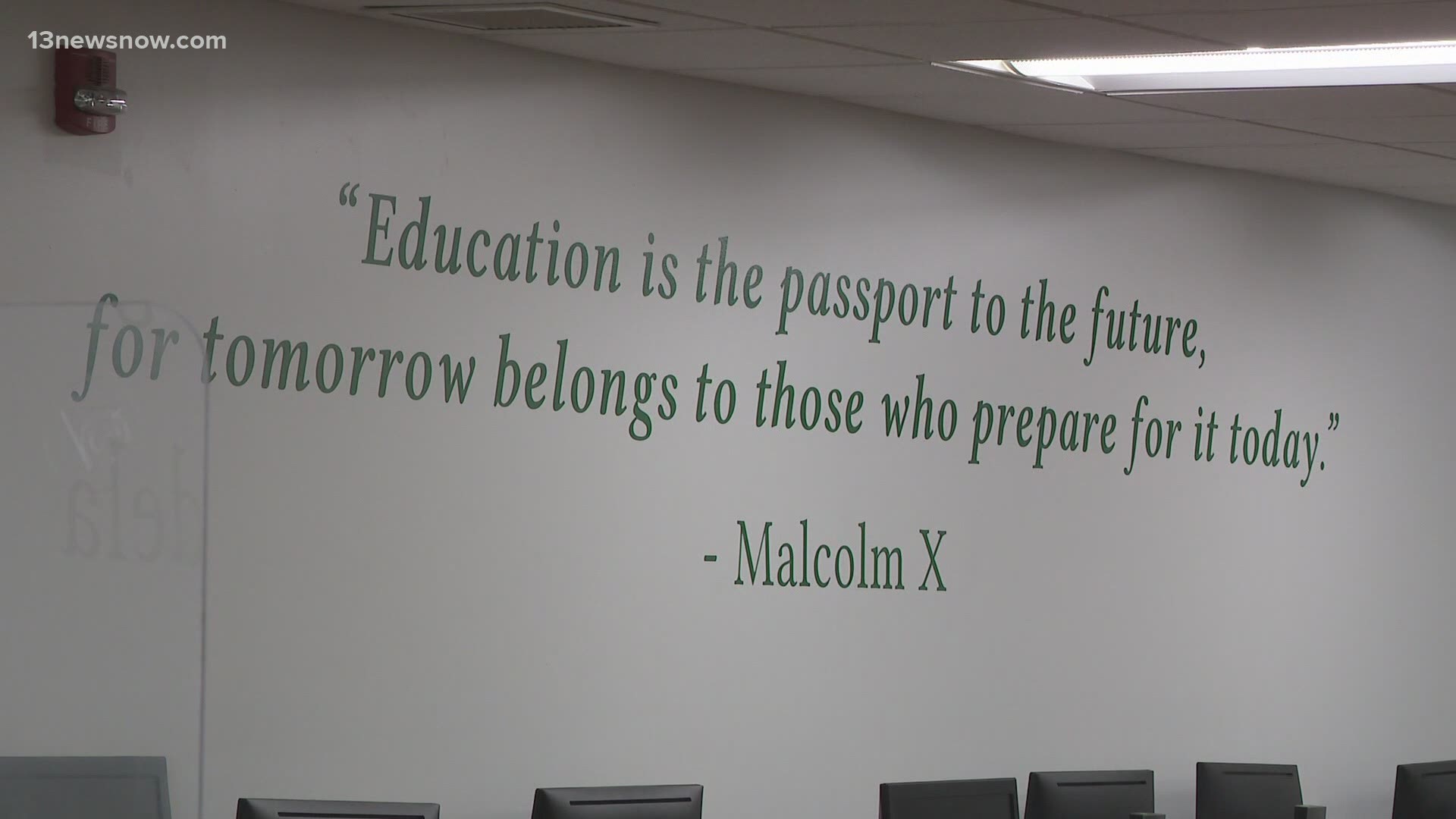 NORFOLK, Va. — "I was bio pre-med, traveling all the time, missing my classes."

Ivana Rich remembers trying to adjust to the life of a student-athlete. Each task carries the weight of a full-time job. The dual employment is coming at a time when student-athletes are getting their first taste of true independence.

"It became overwhelming for me," said Rich, "crying in my advisor's office and just expressing my concerns."

A walk-on volleyball player at Virginia Commonwealth University, student and athlete were not meshing. So she went to her advisor and asked for help.

"She worked with me to develop a plan. I was able to change my major without losing any credits," Rich said, She is now the Associate Athletic Director for Academic Services at Norfolk State University.

That plan not only brought balance to her time at VCU -- "I earned a scholarship and ended up being captain of that team and won a divisional championship my senior year," she said -- but also led to her current position at NSU.

"I realized my true passion was to impact the lives of student-athletes from a development and academic standpoint," she said, reminiscing on the impact of her advisors at VCU.

Just like her moment, the time in this office is just the beginning for the students that come to her for help.

"I love being able to impact them for life after college, you have to be ready for the next step after you get your degree."

"I just had a student-athlete register a car and they had never done that on their own. We try to teach them to do it on their own. Once they leave us you have to be a whole productive citizen," Moses said, stressing his office's importance beyond college careers.

A veteran by the time he became a student-athlete of his own, Moses brings that background into his office at ODU.

"Trying to instill that discipline but not in a structured setting."

Moses and Rich both use their backgrounds to help student-athletes in the classroom and beyond.