The club is a co-ed, adult sports club. They have a very wide variety of sports leagues to join. 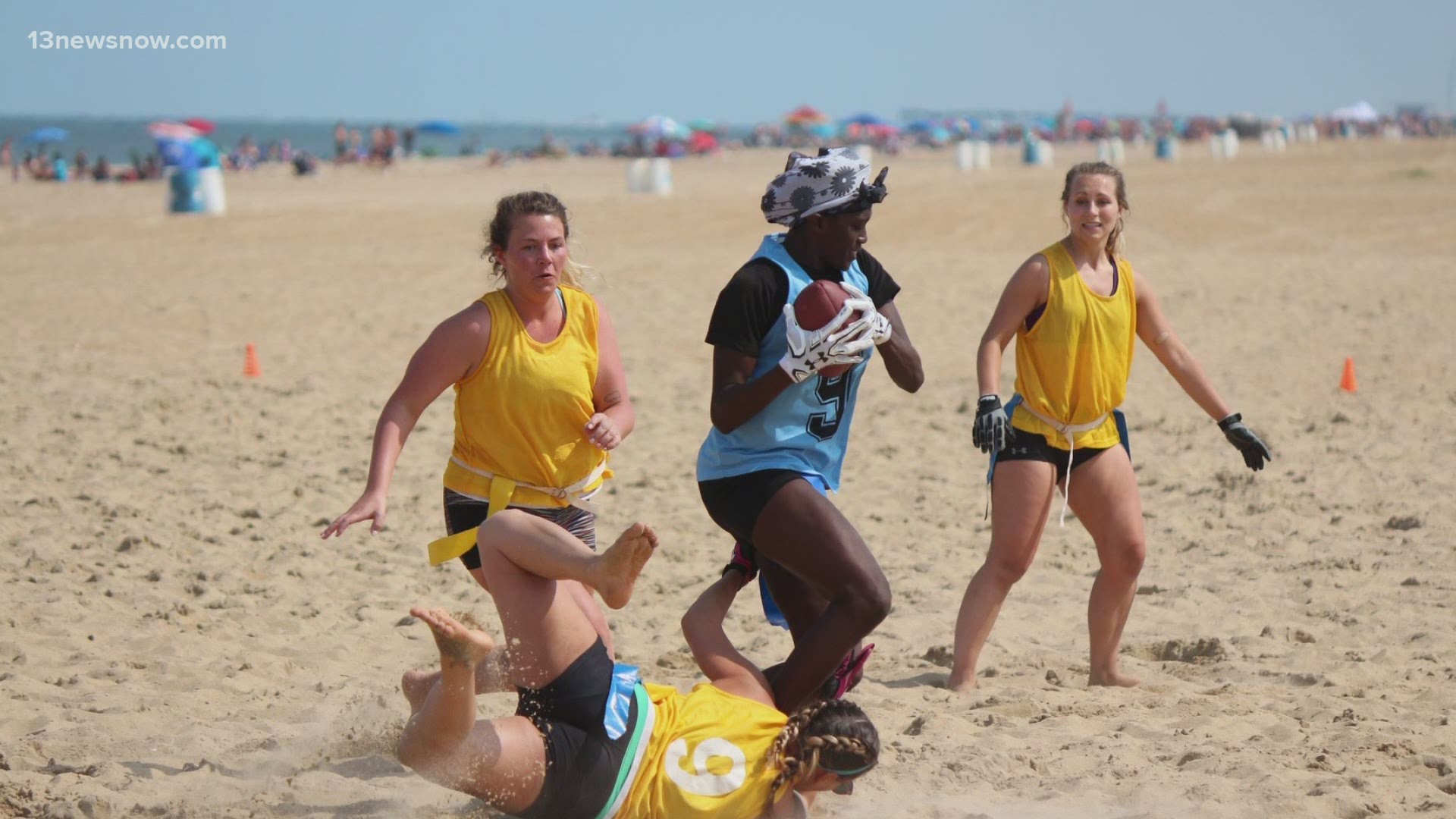 VIRGINIA BEACH, Va. — While scrolling through Facebook I was ready  to comment on a friend's post about their backyard. I wasn't sure whether backyard was one word or two, so I Googled it. The first thing that turned up was the Backyard Sports Club right here in Hampton Roads.

The club has co-ed, adult leagues for a wide variety of sports. There are leagues in Virginia Beach, Norfolk, Chesapeake and Hampton but players come from all over the area.

Jon Reyes is the co-owner and understands why this is such a success, "I think networking, making new friends if you're new to the area. It's a great way just to meet people."

Levy Price is from Virginia Beach and has found a home in the kickball league,  "I've been around these people for two or three years now. They've taken me in. We hang out all the time. It's just a big family."

Price says some of the leagues are pretty serious, "Around this area it's very competitive. A lot of championships have been won from this city."

But, don't let that scare you off. There's something for everybody as Kelsey Kanuth explains, "There are multiple different types of leagues for all different kinds of people. There's social, there's more competitive leagues. Anyone really can fit it in which is the nice part about it."

One added bonus is the way the sports and leagues act as a stress reliever. Kanuth again, "I work five days a week. It's nice to be able to get out here. I made a lot of friends. So, I'm new to the area. To meet people and to be able to get back in our competitive spirit from high school sports."

And finally, in case you haven't figure it out already, backyard is one word.