Big picture look at the Hokies after three games

The Hokies look to rebound against Richmond this week in their third straight non-conference game. 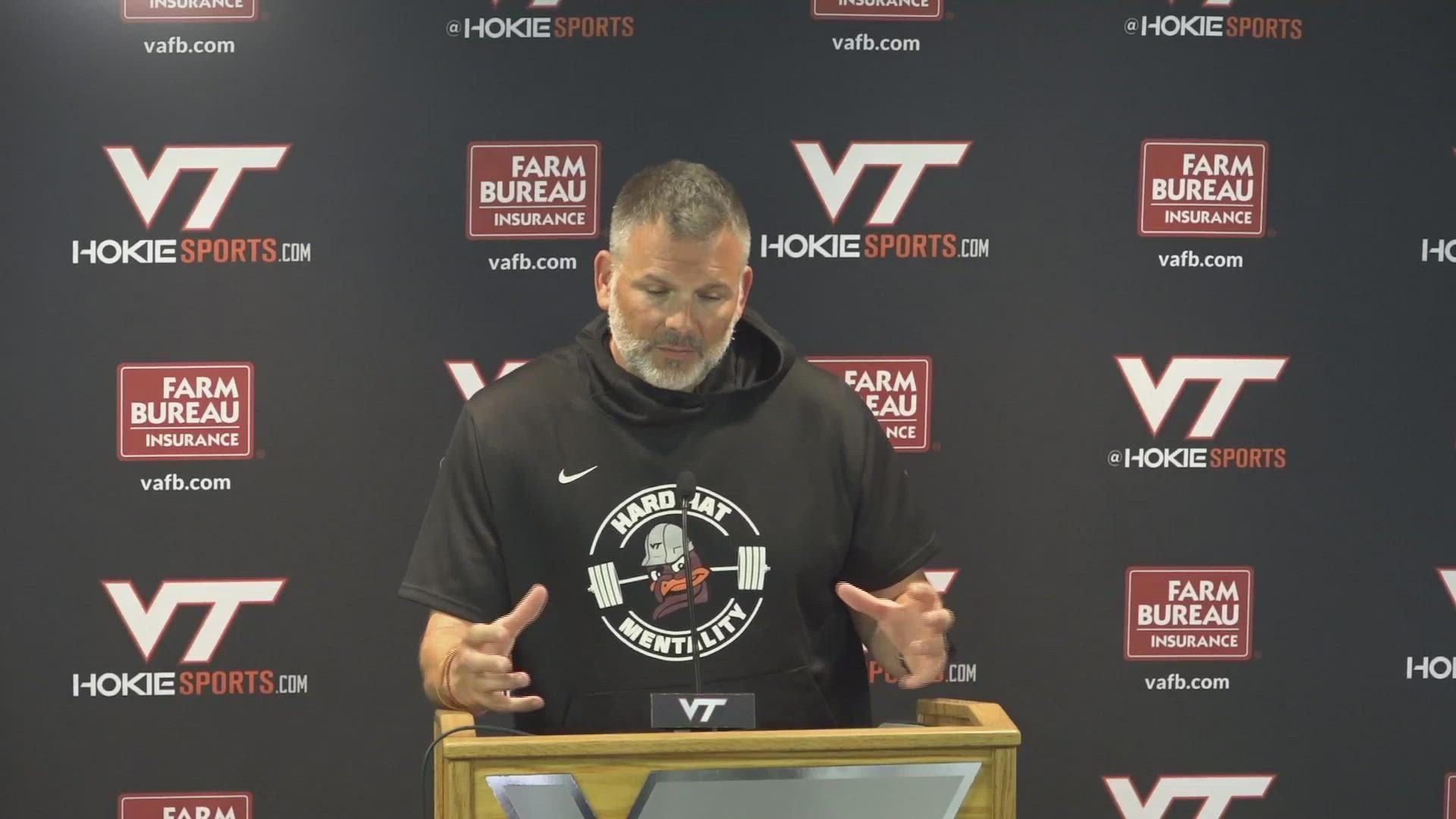 BLACKSBURG, Va. — The important note is that Virginia Tech is (1-0) in the ACC. Coming off a heartbreaking loss to West Virginia, the Hokies play their third straight non-conference game Saturday in Blacksburg against Richmond.

Head coach Justin Fuente has a thought or two about this part of the schedule, "In the grand scheme of things, we're in the middle of this non-conference run. The West Virginia game is different. Trust me, we understand that part so I'm not diminishing the importance of playing and winning that game. I'm just saying we're in the middle of four non-conference games here that have no effect on the ACC, but they have effect on your post season recognition."

At his weekly press conference, Fuente also weighed in the performance of his starting quarterback Braxton Burmeister, "I just think we've got to continue to evolve things so that we can make more plays throwing the football."

Fuente points out that Burmeister is capable of making big things happen as he did on the Hokie second touchdown drive against the Mountaineers, "He converted a third and 24 basically all by himself. You can't coach that."

It's all part his quarterback evolution. Fuente adds, "If you can take that and combine it with a little more efficiency in terms of operation, decision making and throwing the football, I think you've got something special."