Bill Stachelski decides to step away from coaching football

After 21 years as a coach including the last 13 at Cox, coach "Stack" thinks it's the right time. 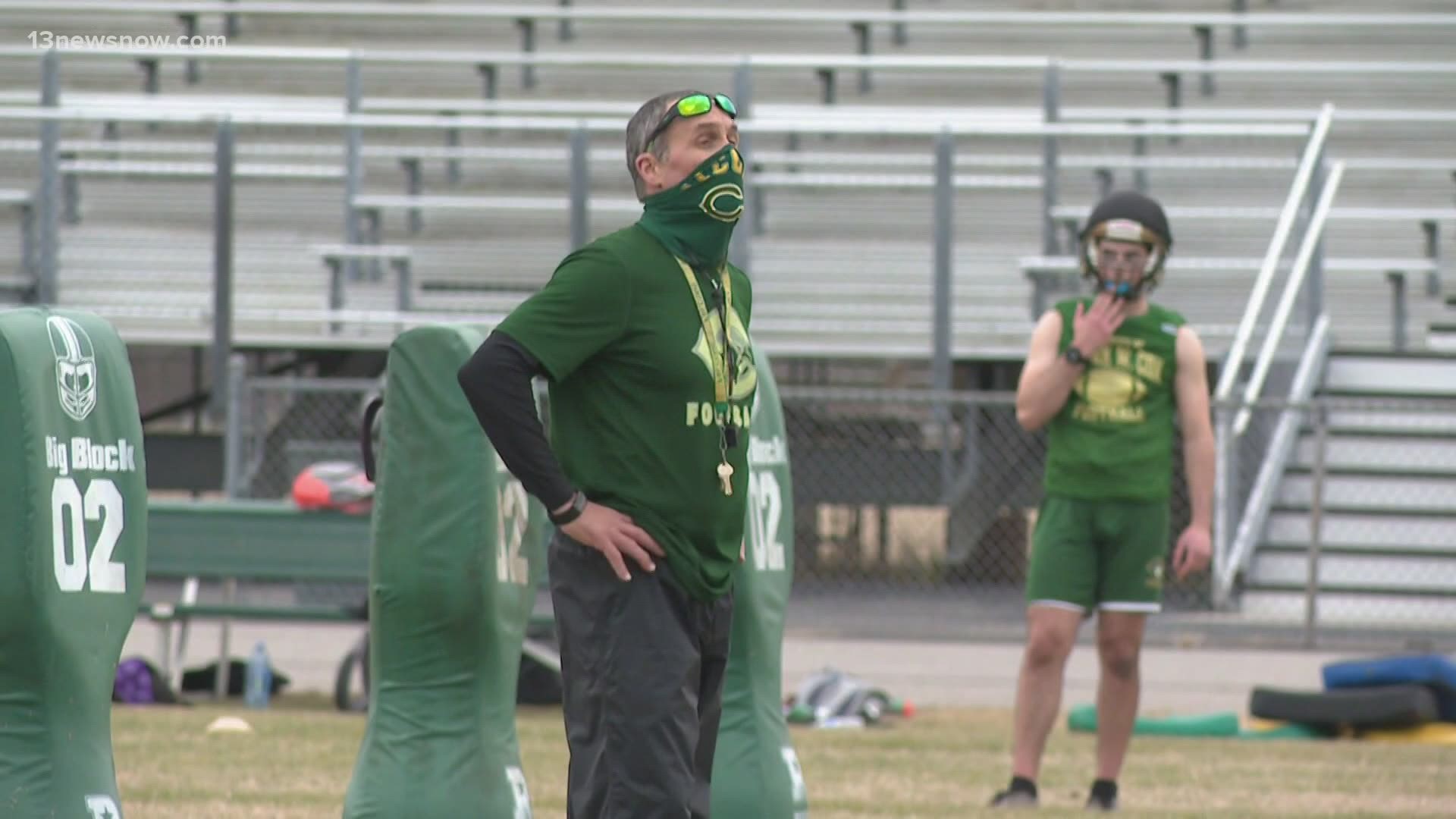 VIRGINIA BEACH, Va. — Must be something going around. For the fourth time in two weeks a long-time coach from the Beach District has decided to step away from the game. This time it's Cox High School's Bill Stachelski's turn.

Better known as coach "Stack", he has 21 years of high school coaching under his belt. The last 13 years he was head coach for the Falcons.

Eleven times, "Stack" got Cox to the playoffs and coached their first playoff win ever in 2015.

He is the all-time winningest coach in Cox High School history.

He joins Joe Jones, Shawn Wilson and Chris DeWitt as the other coaches to leave their position since the end of this spring football regular season.