For the first time since 2002, the Tigers got shutout as they got beaten by the Braves 49-0. 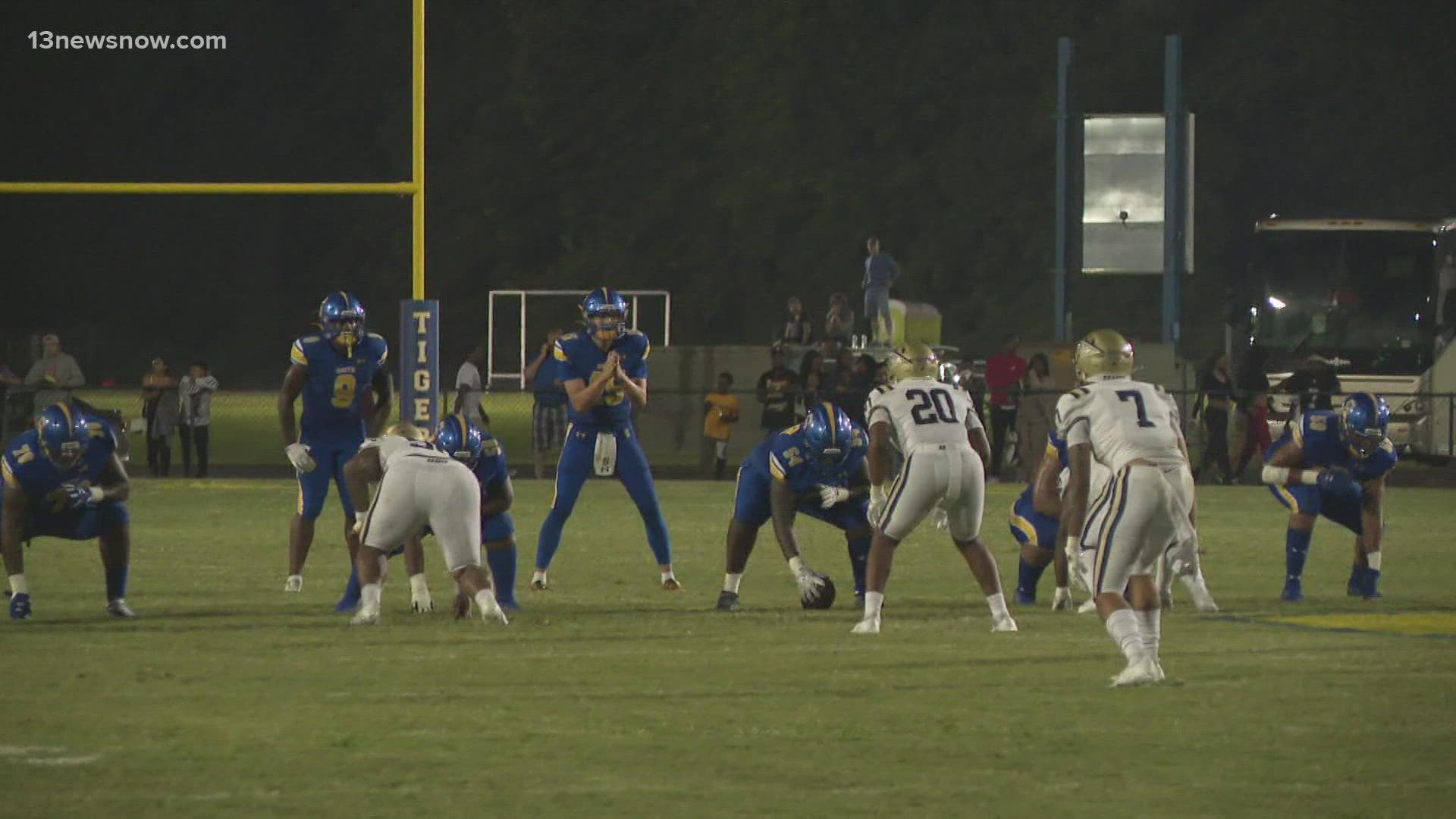 CHESAPEAKE, Va. — No matter what Oscar Smith did, St. John Bosco of California had the answer. When you're ranked 3rd nationally in high school football like the Braves are, that can happen. They dominated the reigning Class 6 state champions 49-0 before a sellout crowd at Beard-DeLong-Easley Stadium on Friday night. It was the Tigers first shutout since 2002 when Western Branch handed them a 58-0 loss.

The Braves bolting out to an early 21-0 advantage and led 28-0 by halftime. Oscar Smith at times were able to move the ball downfield, but drop passes and turnovers led to their downfall against St. John Bosco.