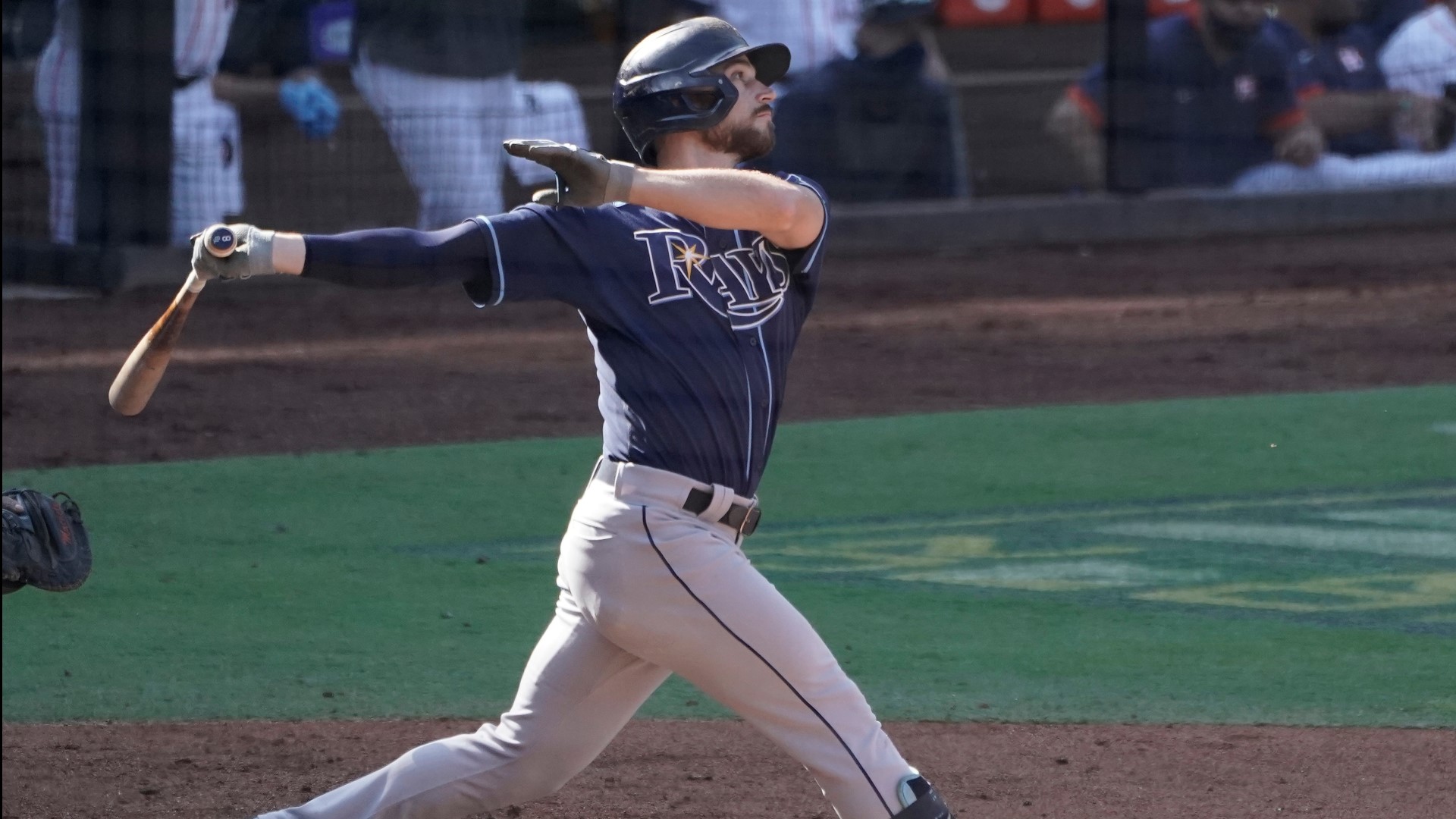 SUFFOLK, Va. — Brandon Lowe was a star baseball player at Nansemond River High in Suffolk. However, he wasn't highly recruited by colleges. Still, things have worked out nicely.

Lowe, now 26 years old, is playing in his first World Series with the Tampa Bay Rays.

He got his chance at the University of Maryland and made the best of it. Last season he was third in Rookie of the Year balloting in the American League. He made the All-Star team and would have been there again this year had they actually played the All-Star game.

If they gave out team offense MVP for the regular season, Lowe would have won that honor for the Rays as he led the team in several different offensive categories.

When you hear him talk about his mindset when he steps up to the plate, you get a good idea of what he is all about.

"Every at-bat is a team at-bat," he says. "Whatever I can do up there to help the team get into a position to win the game."

His parents Tom and Caron think he's with just the right team. Tom says, "He's with a great group of guys and a great team who has allowed him to be who he is and it's been fun."

This whole idea of playing in the World Series is hard to fathom, but they're getting used to it.

According to Tom, "It's still surreal that he's in the big leagues let alone going to the World Series. You're just adding on to the surreal part. This is way past anything we ever thought."