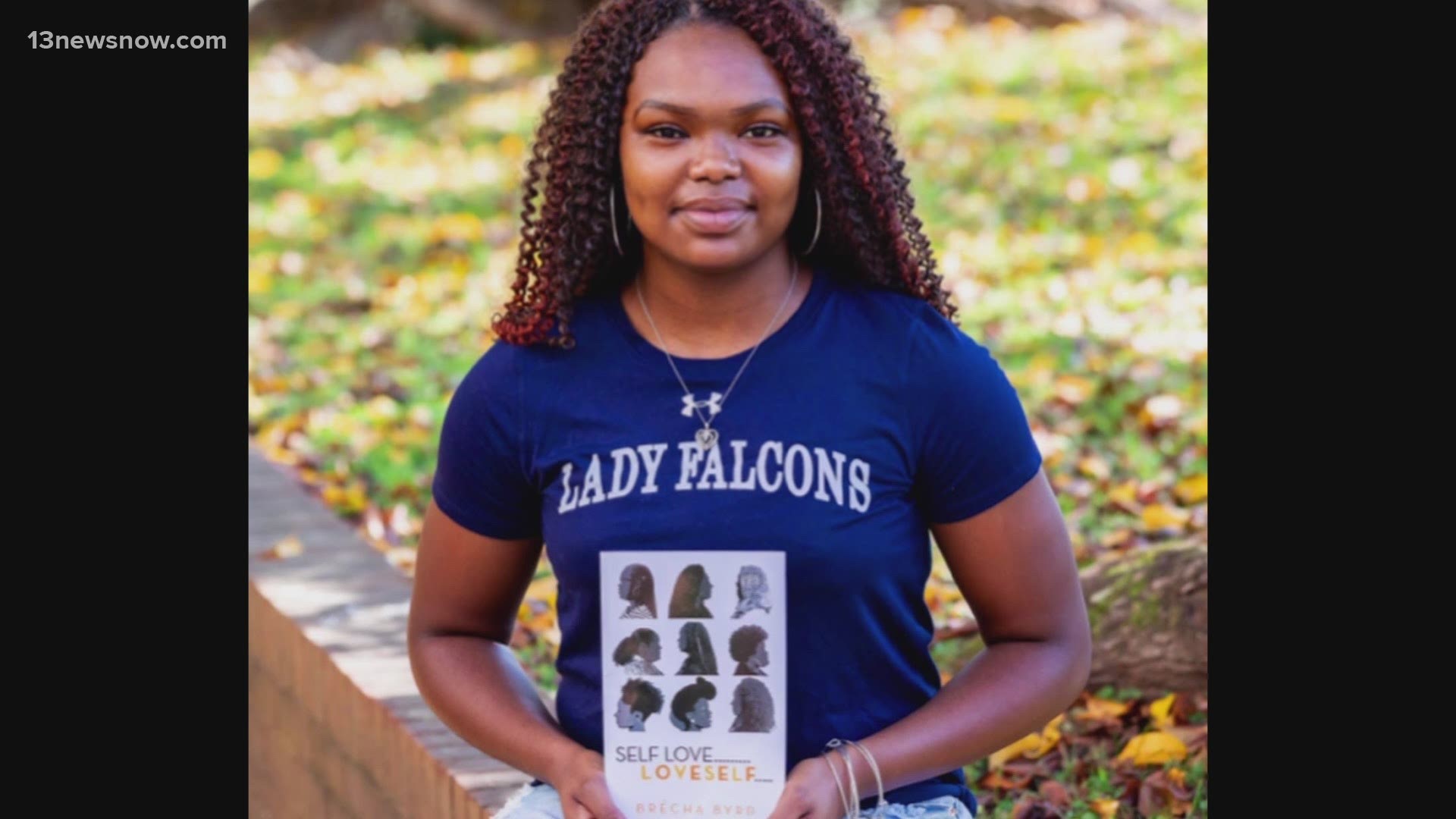 You wonder who Bre'cha Byrd inspired today. After all, that is obviously her purpose in life.

Byrd is a freshman at St. Augustine's University in Raleigh. She made quite a name for herself as a basketball phenom at Surry County High School.

She led her team to a co-state championship this season. Along the way she was named the Virginia State Player of the Year in Class 1.

However, basketball is just one color in a vibrant painting. Along those lines, Byrd says, "My dad always said, 'Basketball is a part of you, it's not all of you.'" She is quick to point out, don't put her in a box. Being versatile is important.

Now there is Bre'cha Byrd the author. The book is called "Self love... Loveself..." It's focuses on female empowerment and self esteem. About that, Byrd says, "Growing up, we all go through the journey of finding ourselves and finding what we're passionate about and learning about ourselves. And sometimes that process can be hard. So, I wanted to do something specifically for girls that can help them on the journey to self love."

But wait, there's more. Byrd is also a motivational speaker. One of her talking points is, while your on earth you need to make it epic. She broke the word down like this, "E-evolve, P-persevere, I-inspire, C-complete. And so, in life you want to grow, you want to evolve, you want to change for the better."

Her goal in life is pretty simple and set in motion by the suggestion she got from a friend in middle school. As Byrd remembers, it went like this, "He said, 'Bre'cha you live to inspire.' And I thought oh my gosh. I said, yes I love helping people. I think that's what God has me here to do."