The Hampton native has been impressing the Browns with his play and has a chance at one of the starting linebacker positions. 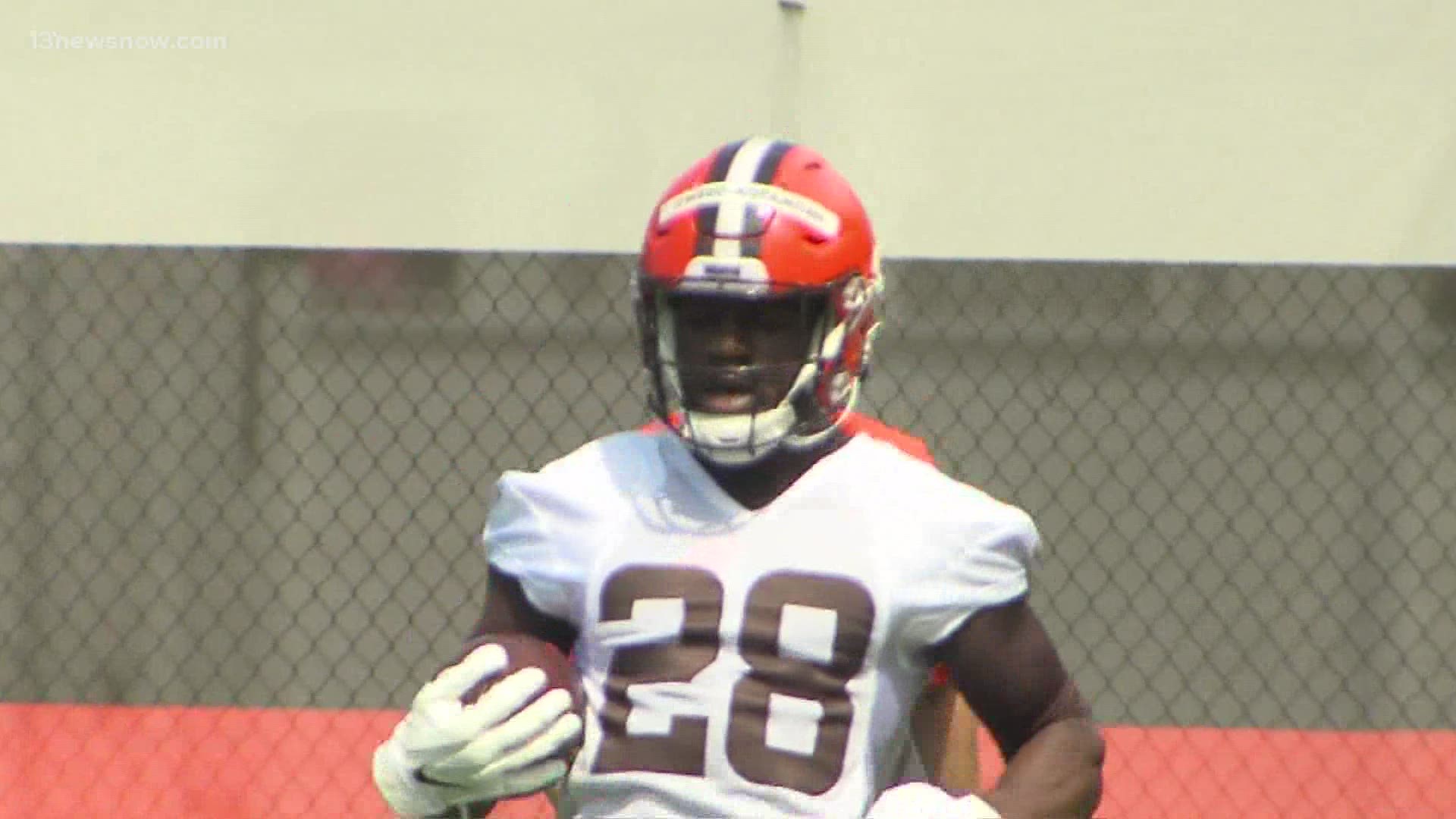 CLEVELAND — Browns rookie linebacker Jeremiah Owusu-Koramoah will miss the start of his first NFL training camp after being placed on the COVID-19 list Sunday,

The second-round pick from Notre Dame reported Saturday with the team’s other first-year players and quarterbacks. Cleveland’s first practice is Wednesday and the first one open to the public is Friday.

Owusu-Koramoah will have to be quarantined and remain on the reserve for at least 10 days if he tested positive and is symptomatic. NFL teams are not permitted to disclose if a player has either tested positive or is vaccinated.

The league has been pushing to get players vaccinated, and last week said teams may have to forfeit games if any games are postponed due to a virus outbreak. Protocols are not as stringent this year for vaccinated players. They can return to the team after two negative tests in a 24-hour span.

Unvaccinated players must continue to wear masks inside team facilities and are not permitted to eat with vaccinated teammates.

Owusu-Koramoah is expected to compete for a starting job. He was projected to be a first-round pick, but slid back because he’s viewed as undersized and some teams were scared off by a reported heart condition.

The Browns liked his versatility and moved up in the second round to select him with the No. 52 overall pick.

The Browns were hit hard by the coronavirus last season.