Kelly transfers from Auburn to UNC to be closer to family 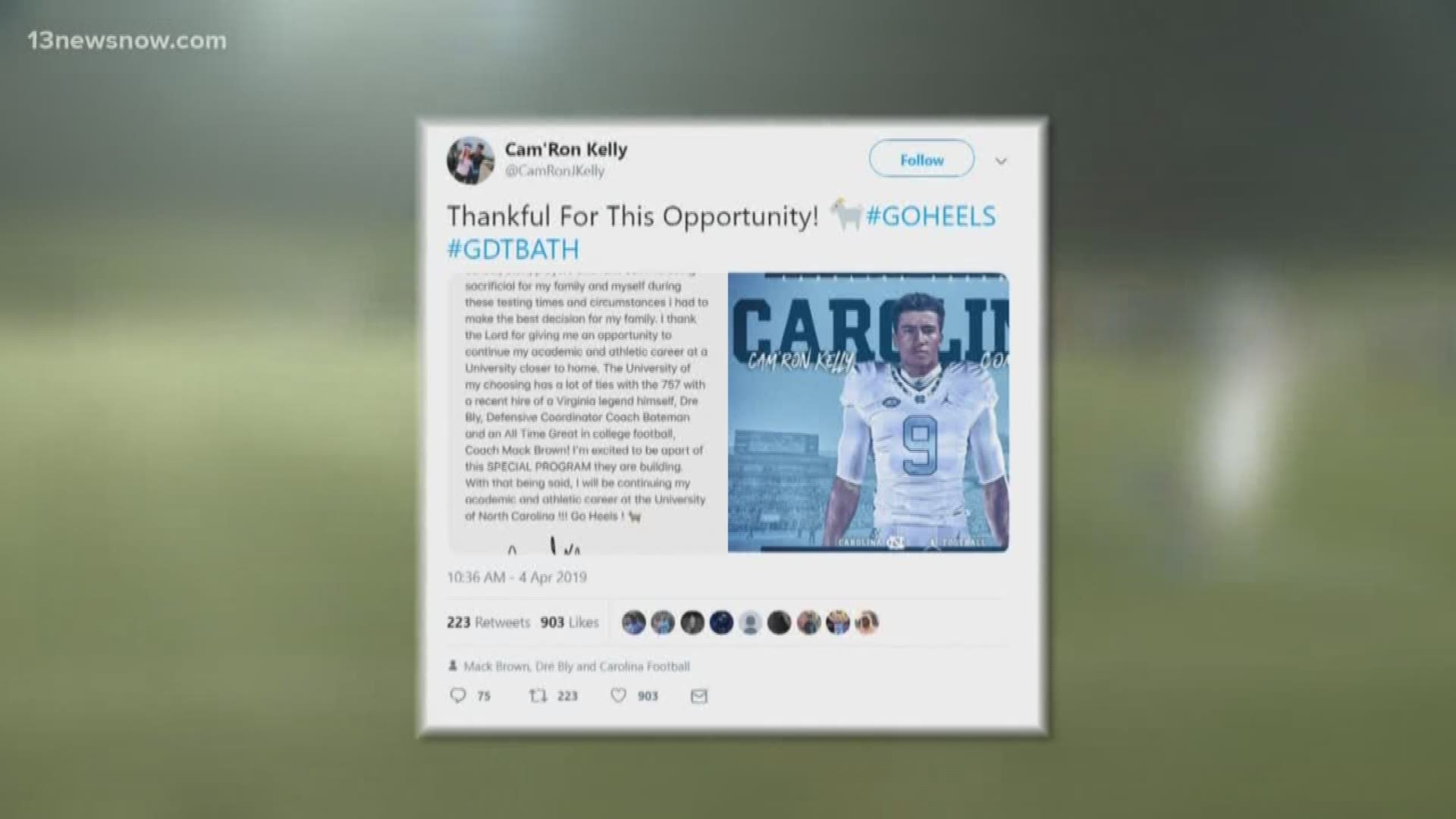 NORFOLK, Va. — First it was Virginia Tech, a hasty unexpected commitment, making it understandable when Cam'Ron Kelly reopened his recruitment.

Then is was Auburn, enrolled in January to get a jump on spring training.

Cam'Ron Kelly highlighted the desire to be closer to his family as his main reasoning for the move in a tweet sent out this afternoon.

Kelly will also join former Western Branch star, and Detroit Lion, at UNC, where Bly coaches the cornerbacks, Kelly's most likely position. He'll also be a part of Mack Brown's return to the college game as the Tar Heel's Head Coach.

In his statement, Kelly indicated that he was happy at Auburn but made this sacrifice for his family. He will be eligible to play immediately.