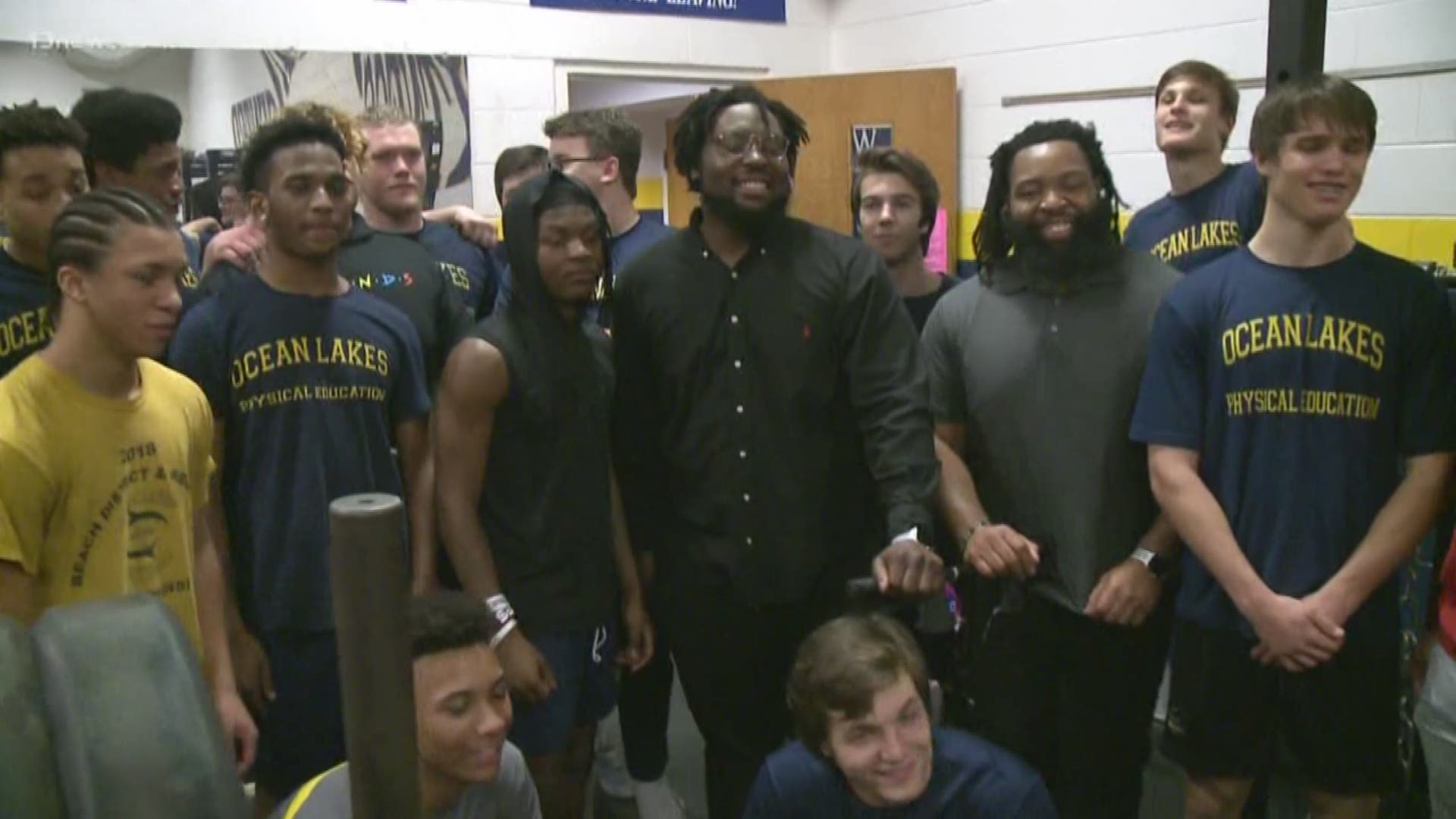 VIRGINIA BEACH, Va. — Plenty has happened over the past six years since Derrick Nnadi has his national signing day at his alma mater in Ocean Lakes High School. He'd go on to Florida State and then to the Chiefs of the NFL where he is now has a Super Bowl title. Nnadi came back to his old high school slightly hobbled and using a scooter due to recent surgery to clean up a problem with his left ankle. It was a chance to catchup with former coaches, teachers and even spoke with several students. Nnadi felt plenty had changed for him since 2014. "It's night and day", he says. "I'm definitely not the same person coming in here and even when I left for school, but with all the lessons I learned here. The people I've met, it changed me monumentally."

Nnadi talked about the experience of winning his first ever Super Bowl title with the Chiefs as they won over the 49ers 31-20. A photograph of him doing a snow angel in the confetti capped off Kansas City's first title in 50 years. "Man it was just amazing", he said.