The former New Kent High great is among three golfers tied for the lead at -8. 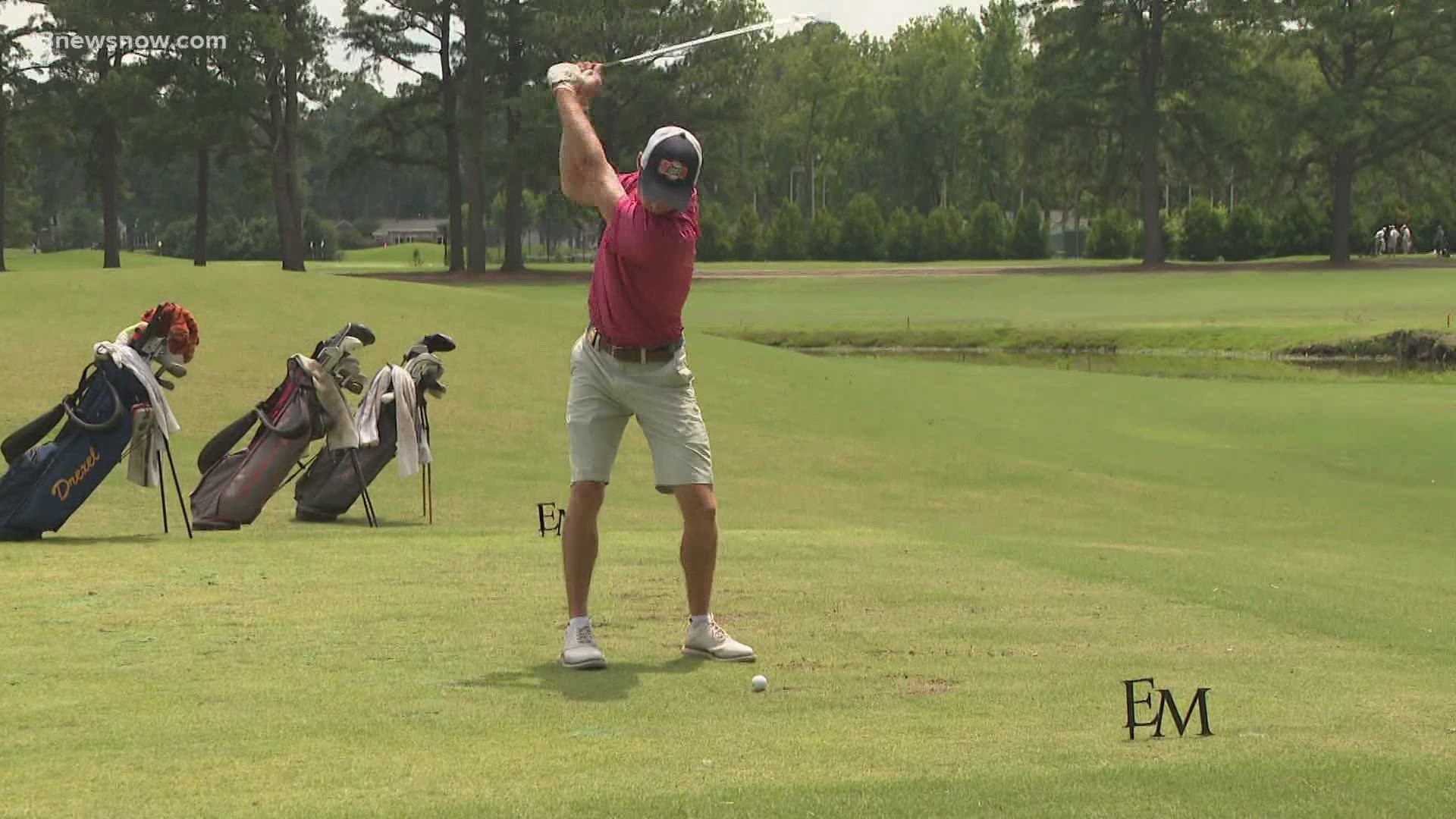 PORTSMOUTH, Va. — Moving day for golfers at the 64th Eastern Amateur, but it seemed more like jockeying for position on a crowded leaderboard on Saturday from Elizabeth Manor Golf and Country Club. Christopher Newport's, Robb Kinder continues to hang tough and has a share of the lead among three golfers at 8 under. He followed up his first round of 65 with a 68 on Saturday. Joining him is Virginia Tech's, Charlie Hanson and Davidson's, Alex Heffner as each shot rounds of 68.

Among those hanging close is Virginia Beach's, Evan Beck who played in college at Wake Forest. He also fired a 68 is just a stroke back at -7. Play will resume on Sunday morning at 8am with the leader going off at 11:10am.