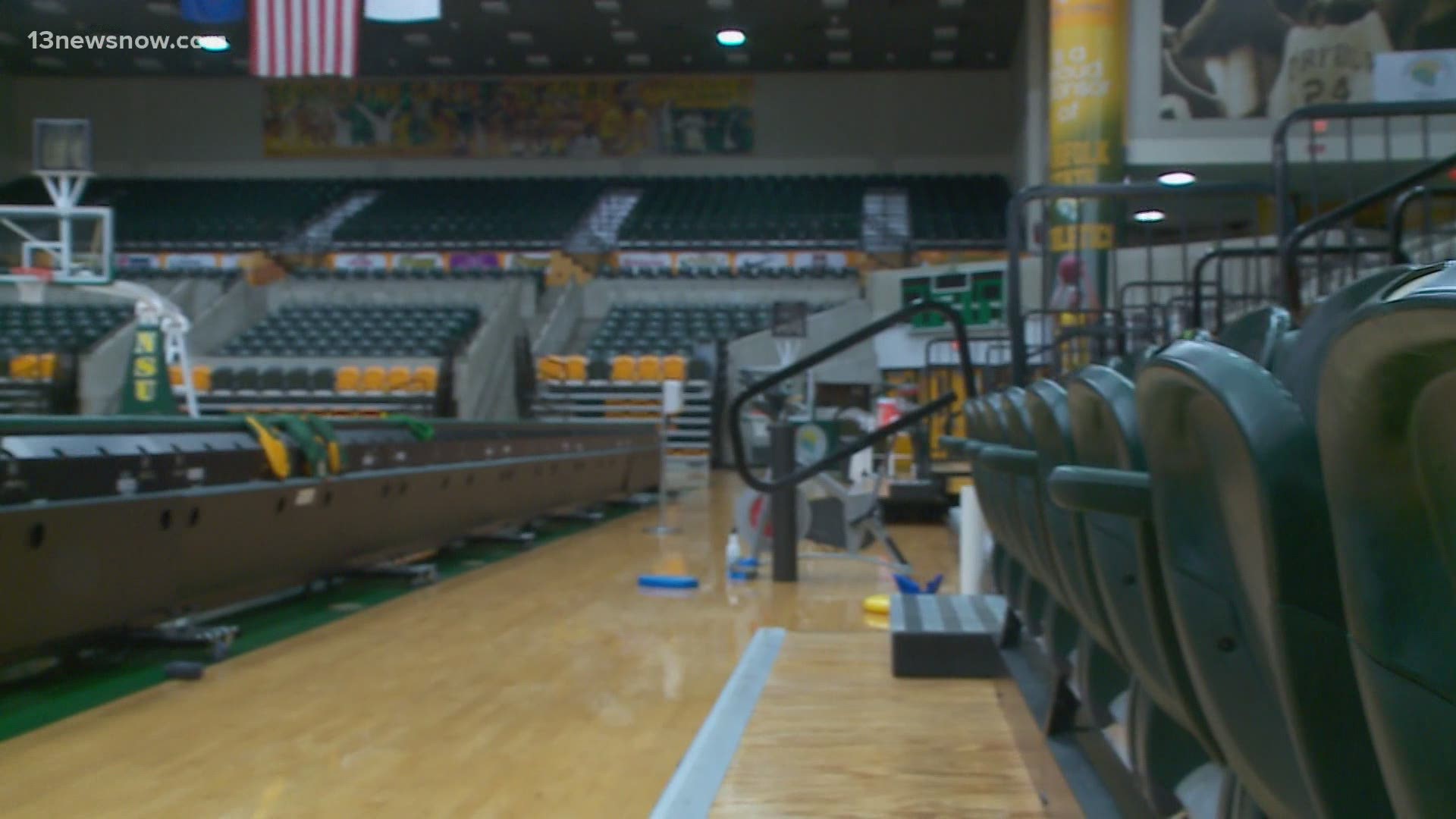 VIRGINIA BEACH, Va. — "We're gonna have to work on bringing our own energy, because there's gonna be no energy in the building," said Norfolk State head basketball coach Robert Jones, who is bracing for a very different version of Echols Hall this season.

"The health and safety of our student-athletes continues to be our number one priority," reads the statement from NSU Director of Athletics Melody Webb, announcing that the school would have no fans on-site for at least November and December of the upcoming season.

The ruling follows Governor Ralph Northam's new restrictions that would have limited capacity to 250.

NSU went a step further, allowing only essential personnel and family/friends of players and coaches to be in the building for Spartan home games. The school said they will re-evaluate the situation in January, ahead of conference play, a notion Coach Jones is hopeful for.

"The whole world is hoping... we could return to some sense of normalcy in the near future, we hope that when it comes to conference play we'll be able to get 1,000 fans in here," he said.