Cox girls soccer gets by Hickory; heads to region final

Aspen Hood provided the game winner as the Falcons won 5-3 on penalty kicks against Hickory. 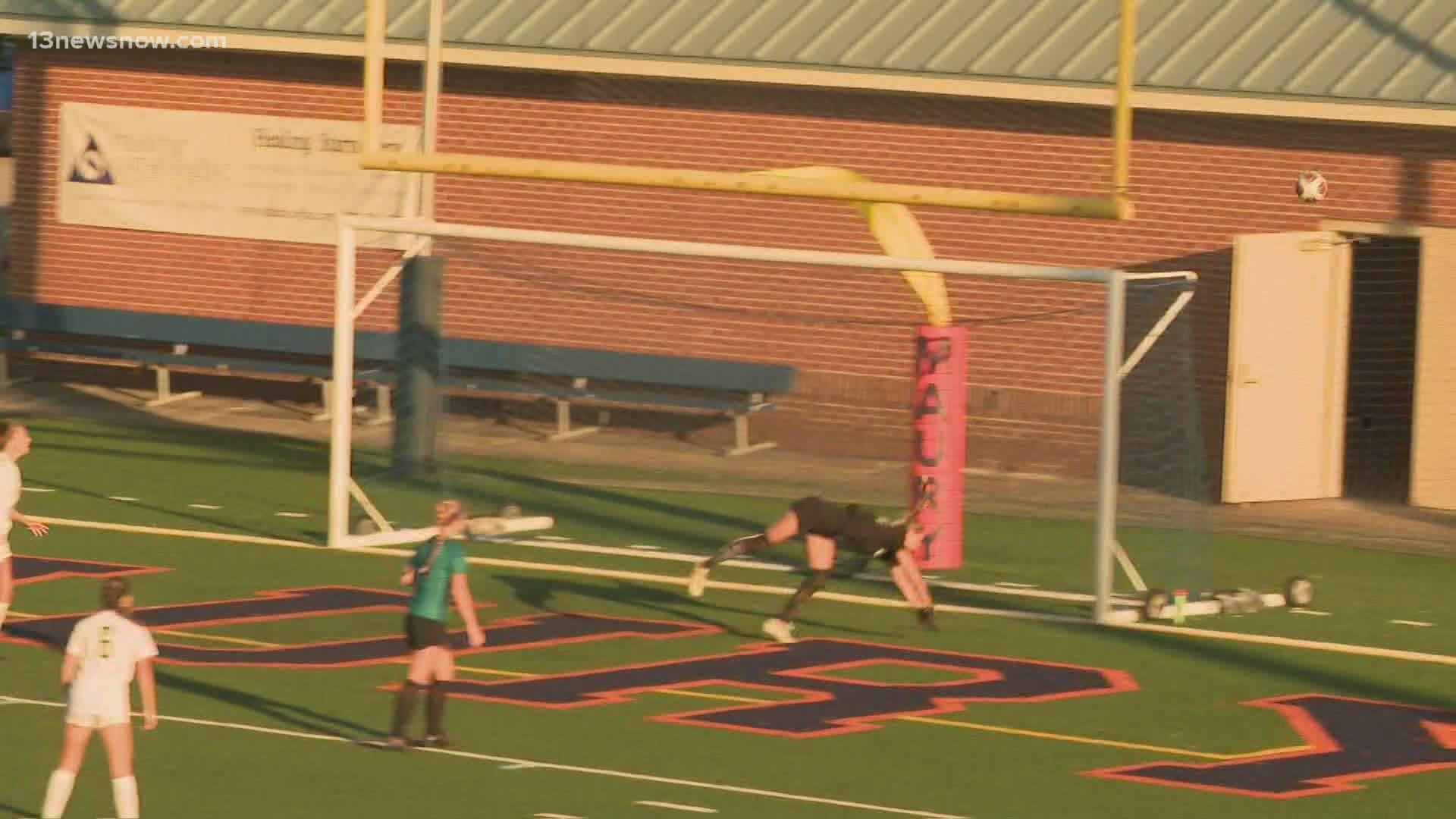 It was a soccer match you didn't want to end. Not even 100 scoreless minutes was enough to decide things, but ultimately someone had to win. Despite a great effort at net by Hickory's, Karissa Dominick, the Hawks would fall to the Cox Falcons 5-3 on penalty kicks.

With the match tied at 3-3 on pk's, Hickory's, Jayda DuBeck got stuffed by Cox goalkeeper, Natalie Jones. It would open the door for junior midfielder, Aspen Hood who slide one by Dominick for the game winner. The Falcons next face First Colonial who won over Nansemond River 4-0 in the Class 5 Region A final.