The 13 year old does it all in 5 different events and is considered among the top ten swimmers in her age group in the country. 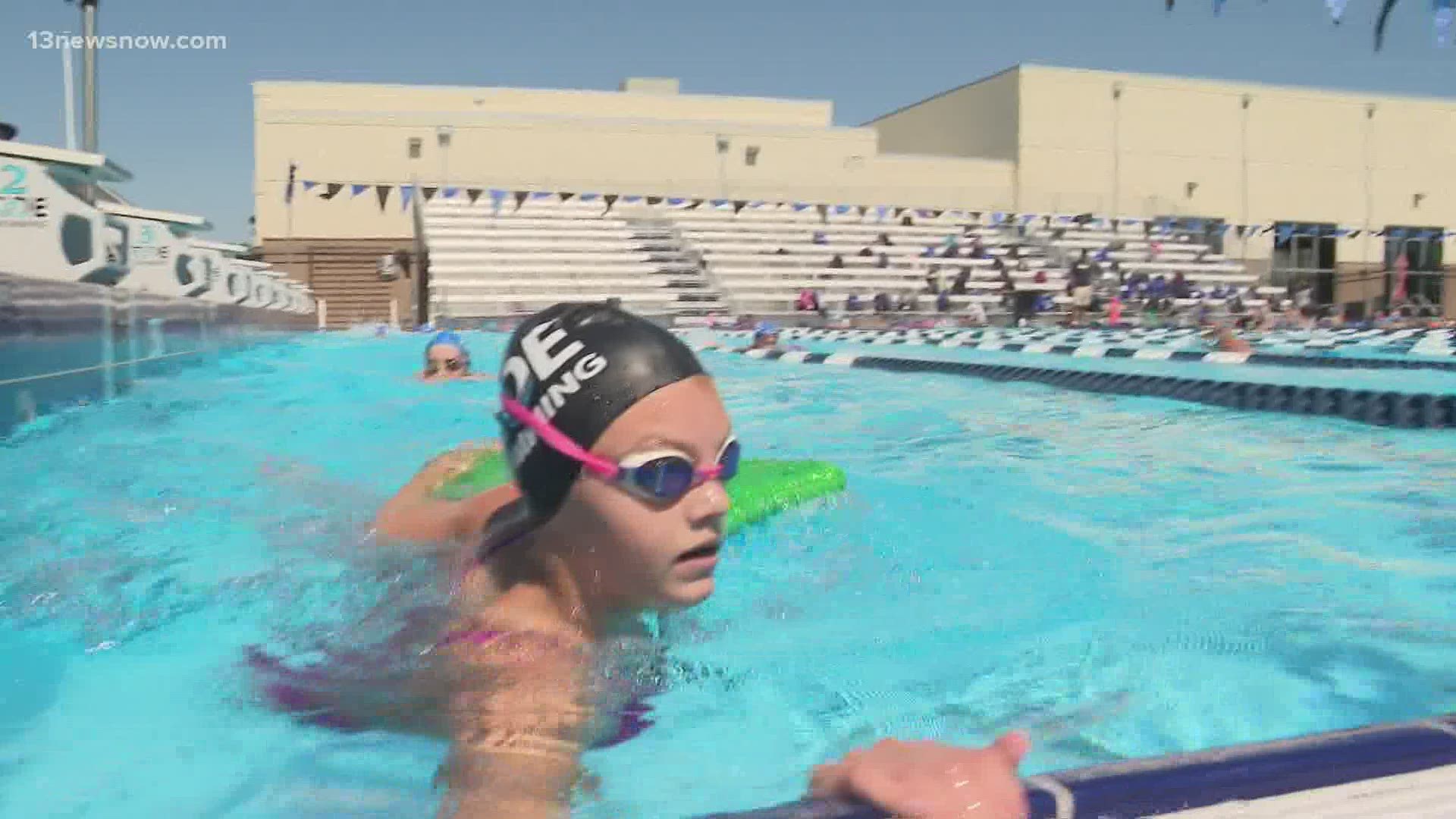 VIRGINIA BEACH, Va. — With the summer Olympics from Tokyo, Japan scheduled to get underway next month, one local swimmer has future aspirations for the London Games in 2024. Dara Duffy works out of the TIDE Swim Club in the Beach. The 13 year old does a host of events that includes the 50m, 100m, 200m and 400m freestyle along with the 100m fly. The competition pushes her. "If someone is catching me in the water; just go as fast as I can", she says.

Her coach, Daniel Colvin has seen her abilities grow each day. "I saw there's something that she could actually break some records. Some Virginia state records".

Duffy, who's currently ranked among the ten swimmers in the country for her age group, says it comes down to the basics. "It's just going to practice every single day and just putting in so much effort working so hard. Listening to every single correction that I can do."