As a rookie last year, the Washington quarterback finished strong and is hoping to carry that over to camp. 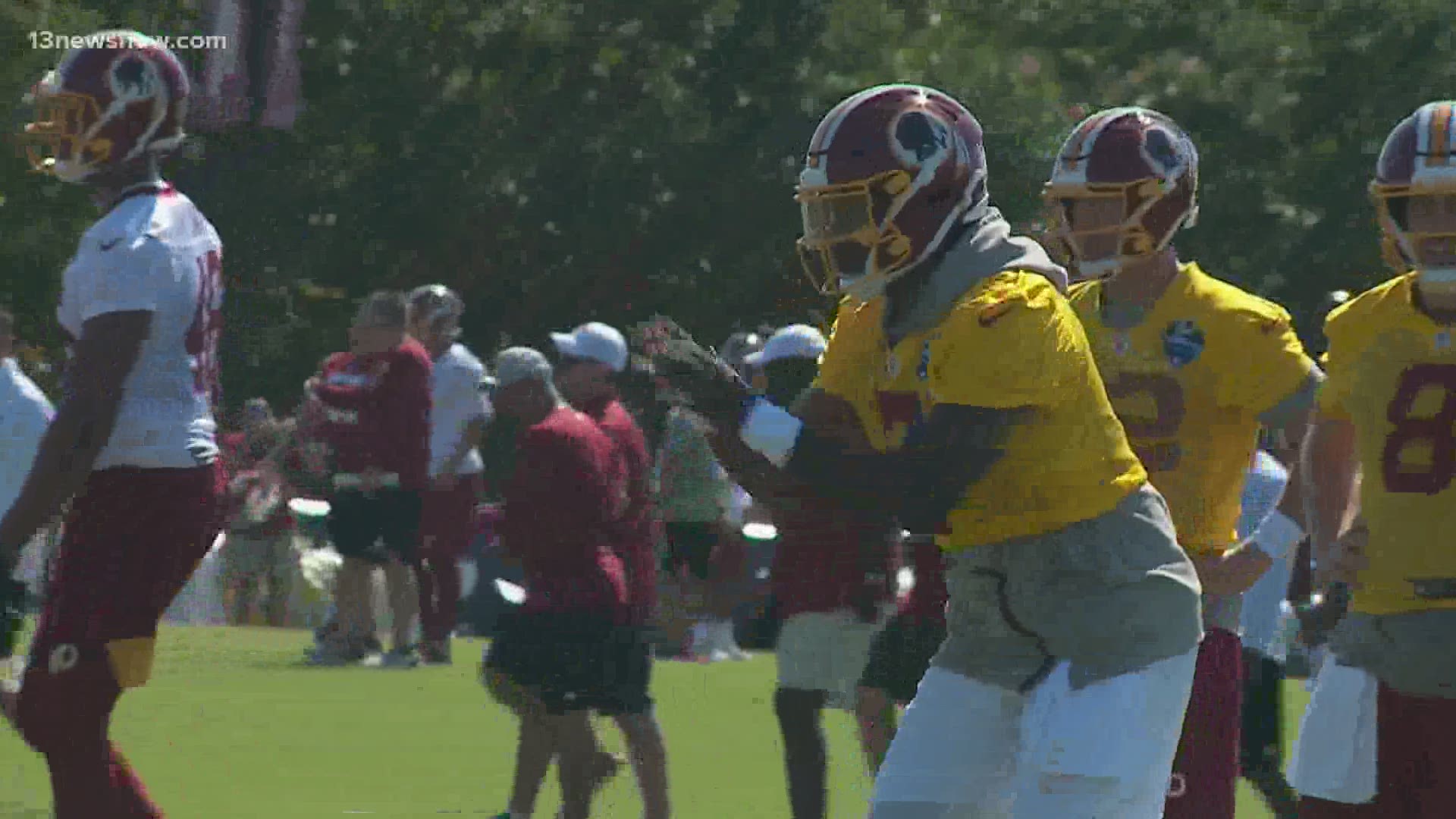 ASHBURN, Va. — It was a steep learning curve for Dwayne Haskins in his rookie season with Washington. By the end of the year, shall we say he flattened that curve. He threw 5 touchdowns and only one interception over the last 3 games. Haskins is hoping to keep the trend going in 2020 training camp.

With former Panthers quarterback Kyle Allen now in D.C., it is even a lock that Haskins will be the starter. He's preparing the only way he knows how. He says, "Mostly, it's just a mentality of going in every day and handling your business on and off the field. And, you have to have a certain presence and confidence when commanding an offense and commanding a huddle."

Speaking of being in command, the quarterback has to be a team leader. As Haskins looks at it, "You have to be able to sit yourself down and look yourself in the mirror and see what did I do well and what did I not do well. What do I have to improve on."

At this stage camp is still like an OTA session. Haskins describes it as going in slow motion. Once they get the pads on and things speed up, we'll find out how ready Haskins is for year number two in the NFL.