The Hokies head coach says it's been a great two years, but they are still chipping away in March Madness 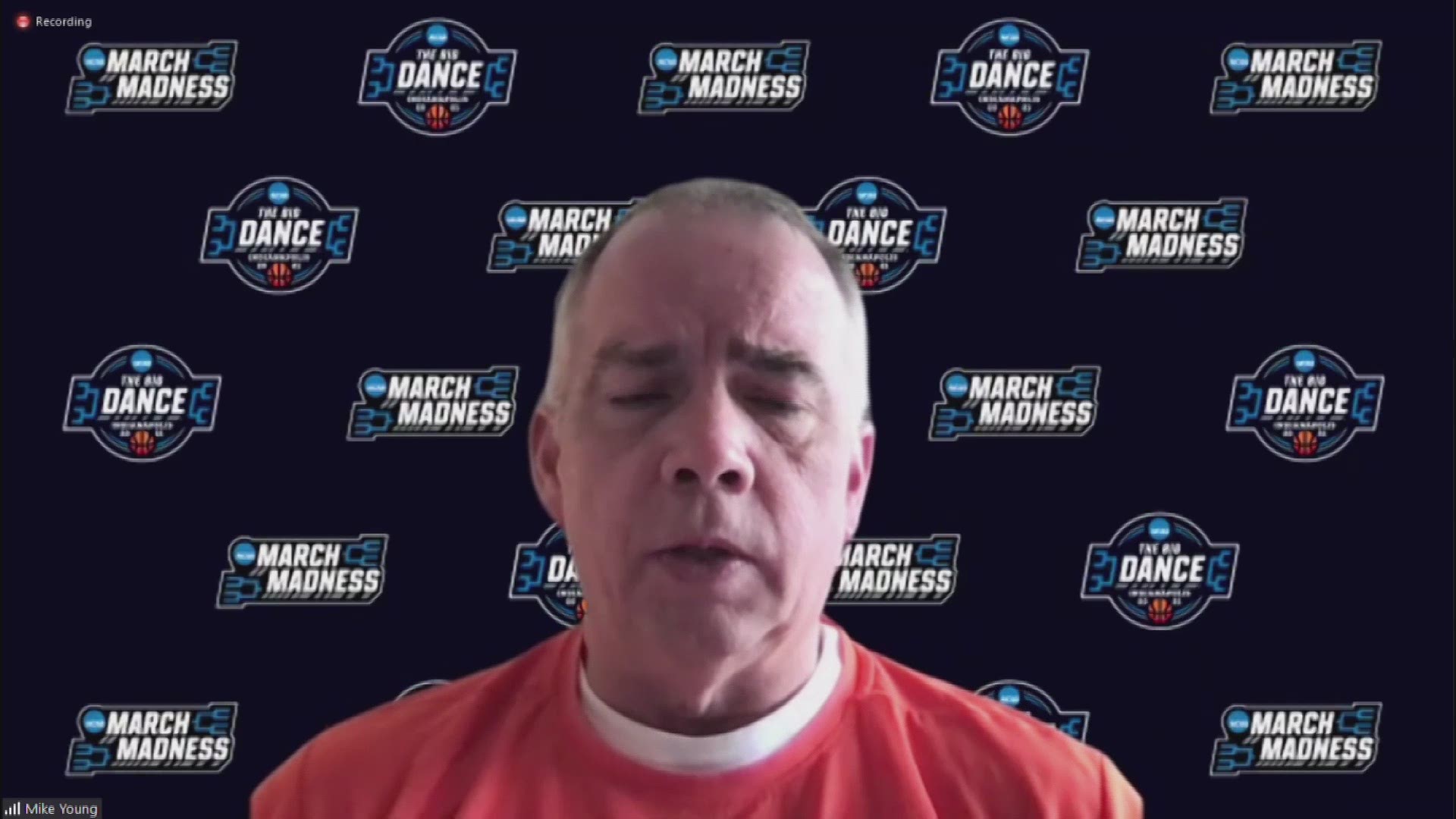 INDIANAPOLIS — Take it from Virginia Tech basketball head coach Mike Young. He says there's a lot to like about his players, "They're about the team, out of me and into we. It's been a magic carpet ride. I have so thoroughly enjoyed coaching this team. Hopefully we can continue on for awhile longer."

That ride has landed in Indianapolis with March Madness, The #10 seeded Hokies are gearing up for their first round game with #7 seeded Florida on Friday.

Tech finished the regular season with a (15-6) record. This is their fourth straight appearance in the NCAA Tournament.

One thing that stands out is that the Hokies have played just three games in five weeks. Young's take on that is, "It's not the conditioning. It's the contact. It's the physicality that you lose sight of a little bit." He added to that by mentioning the negative effect of not seeing game action and game situations.

This is the lowest seed the Hokies have ever had in the tournament. No big deal according to Young, "The seed is immaterial. The matchup is what is most important." And, about the Gators he says, "Is this matchup ideal? No. They've got good players."

Don't expect big speeches to fire up the team about March Madness. After all Young says his players understand the situation. Forward Justyn Mutts agrees,  "At the end of the day, we all know what we're hear to do. Regardless of the name or the brand of the tournament, at the end of the day we're all just playing basketball."