Falcons bounce back to top Hawks

Cox rallied to beat Hickory 3-1 in the Class 5 Region A semifinals on Tuesday. 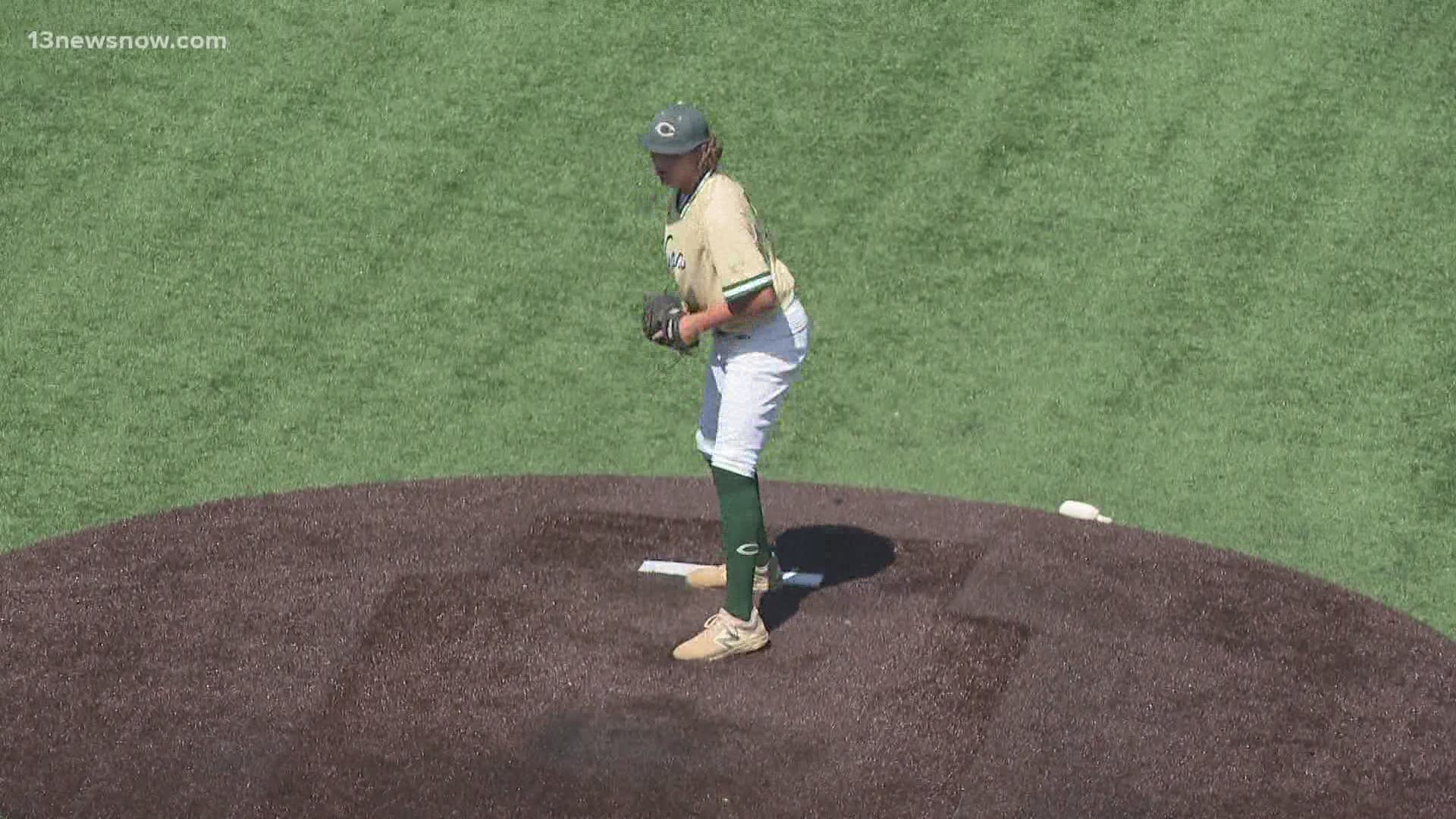 HAMPTON, Va. — Despite a rough start, Cox righthander, Michael Irby settled down and would retire the final 15 batters as the Falcons won over Hickory 3-1 in the Class 5 Region A semifinals from War Memorial Stadium on Tuesday.

After Zach Chadwell's rbi double scored Austin Jones in the top 1st gave the Hawks an early 1-0 lead, the door got slammed shut. Cox would tie the game in the 2nd and then take their first lead of the game when Trimble Fenwick got an rbi single for a 2-1 advantage. Thomas White added an insurance run in the third. The Falcons will next face Beach District rival, First Colonial for a regional championship on the line. The Patriots blanked Nansemond River 1-0. The two will face off on Wednesday at 7pm.