Norfolk Public Schools took to the gridiron for the first time in more than a year as Monday marked the first day of fall sports. 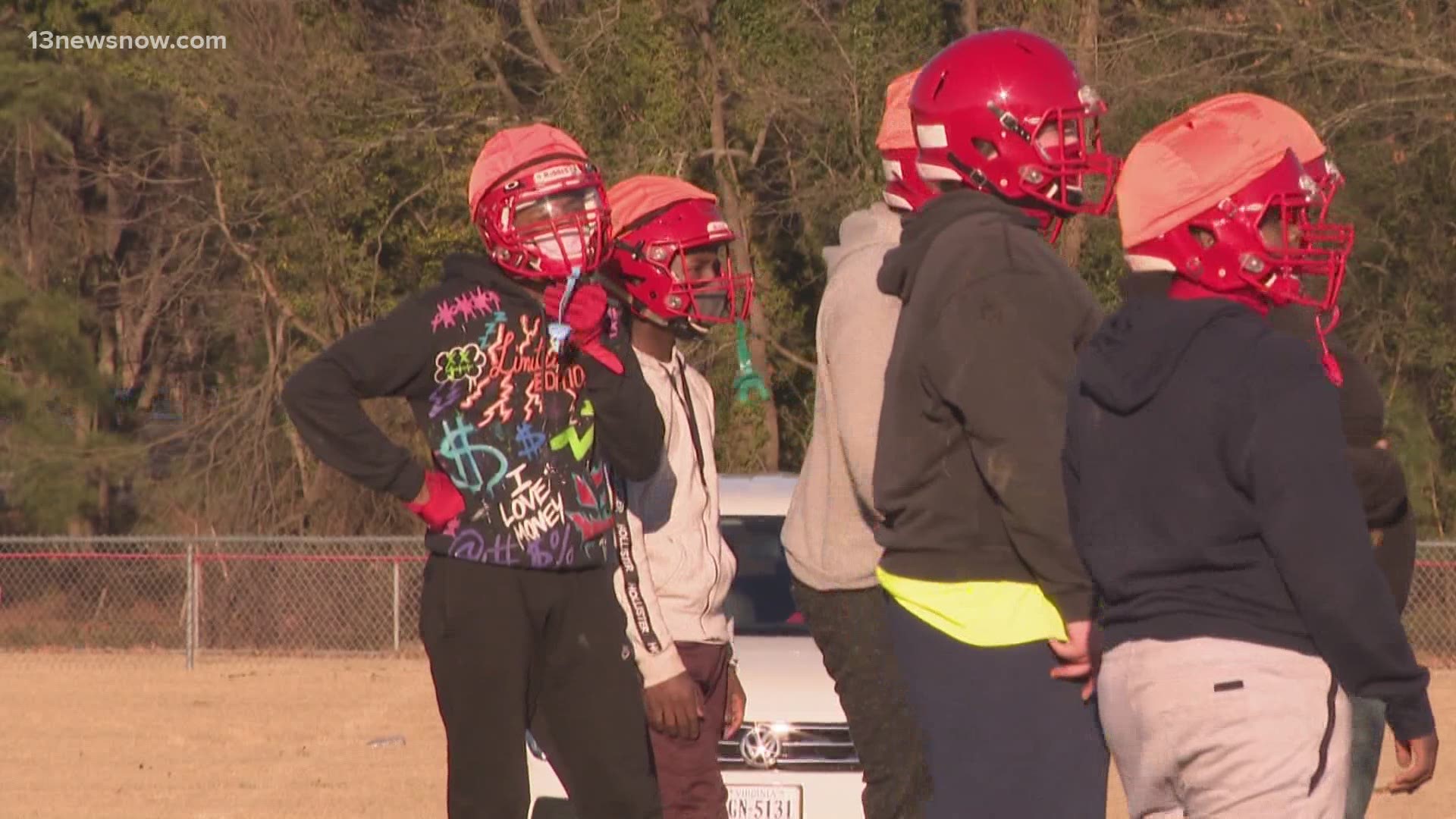 "Social distancing aspect is going to be the number one thing when not in a drill," he said.

High school football practice began Monday in Norfolk. It's a lot colder than usual, but that may be the least of the differences from your average opening practice.

"Face coverings are going to be required at all times. That's a big difference with the pandemic, but we think it's a necessary tool to provide for athletes and coaches," Suttmiller said. He also added that the city is looking into a new football helmet with a built-in face covering for the upcoming season. The rest of the protocol will also apply to cross country, field hockey, and sideline cheer, which start practice on February 15.

"Everybody has to bring their own water. There will be a COVID check-in at 12 o'clock each day and if they don't, they can't practice," Suttmiller said.

Coaches and players and select personnel only will be permitted at practice, including athletic trainers

"The athletic trainers are our frontline workers," Suttmiller said, going over the wide range of new responsibilities for trainers.

Volleyball and competitive cheer have been pushed back to a later date, due to the fact that teams compete indoors.