'Fatman' is headed to Happy Valley

Norfolk's Kaytron "Fatman" Allen is one of the top high school running backs in the nation. He has committed to Penn State. 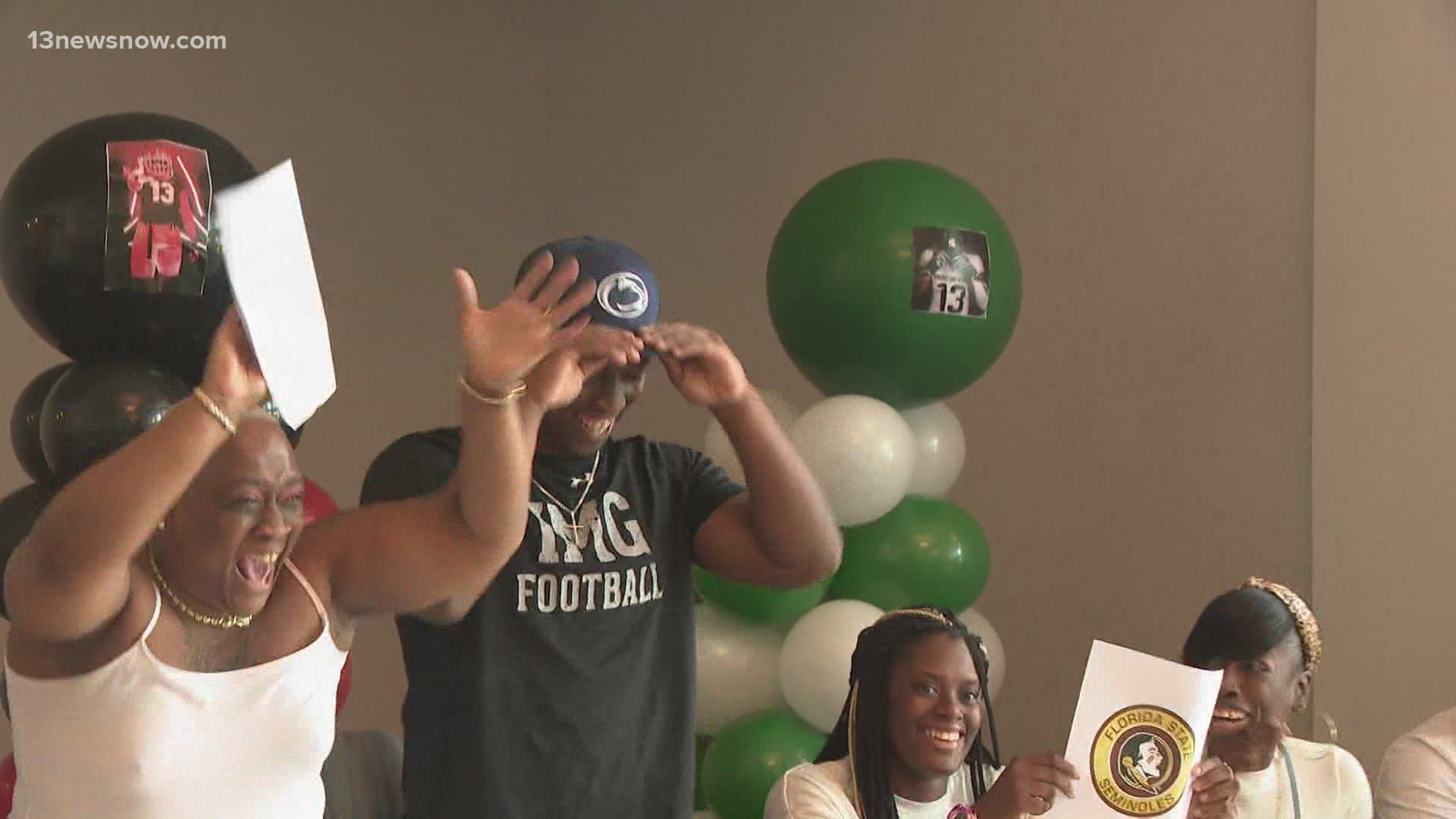 NORFOLK, Va. — Norfolk's Kaytron Allen is one of the top high school running backs in the nation. Some rankings have him in the top 10 at that position. He is a four-star recruit. There were some big time schools on his recruiting list. On Friday, he settled on Penn State.

The obvious question for Kaytron, 'Why the Nittany Lions?' Kaytron says, "I like the family atmosphere. I know I can get developed in football, but it's more than football sometimes."

Most people call Kaytron "Fatman." His mother gave him that nickname because he was a bit chubby as a baby. According to Kaytron, she is on board with his choice, "My momma loved it, so that played a big role too."

Kaytron started his high school career at Norview High. As a freshman he put up better numbers at running back than anyone in the area. He transferred to prep school powerhouse IMG Academy in Florida after that. He continues to put up gaudy statistics.

"Fatman" is hoping the NFL is in his future and Penn State will play a role, "That's what I want to do and I know they can get me there. Not just football but other things, family, education, a lot of things."

When asked what he might have to offer the Nittany Lions as a player, Kaytron was quick to answer, "I feel like I've got everything to offer. One thing about me, I get the job done. You've never got to worry about me slacking or none of that."