Fighting back against Parkinson's disease with boxing

Rock Steady Boxing is an exercise that is effective in limiting the progression of this neurological disorder. 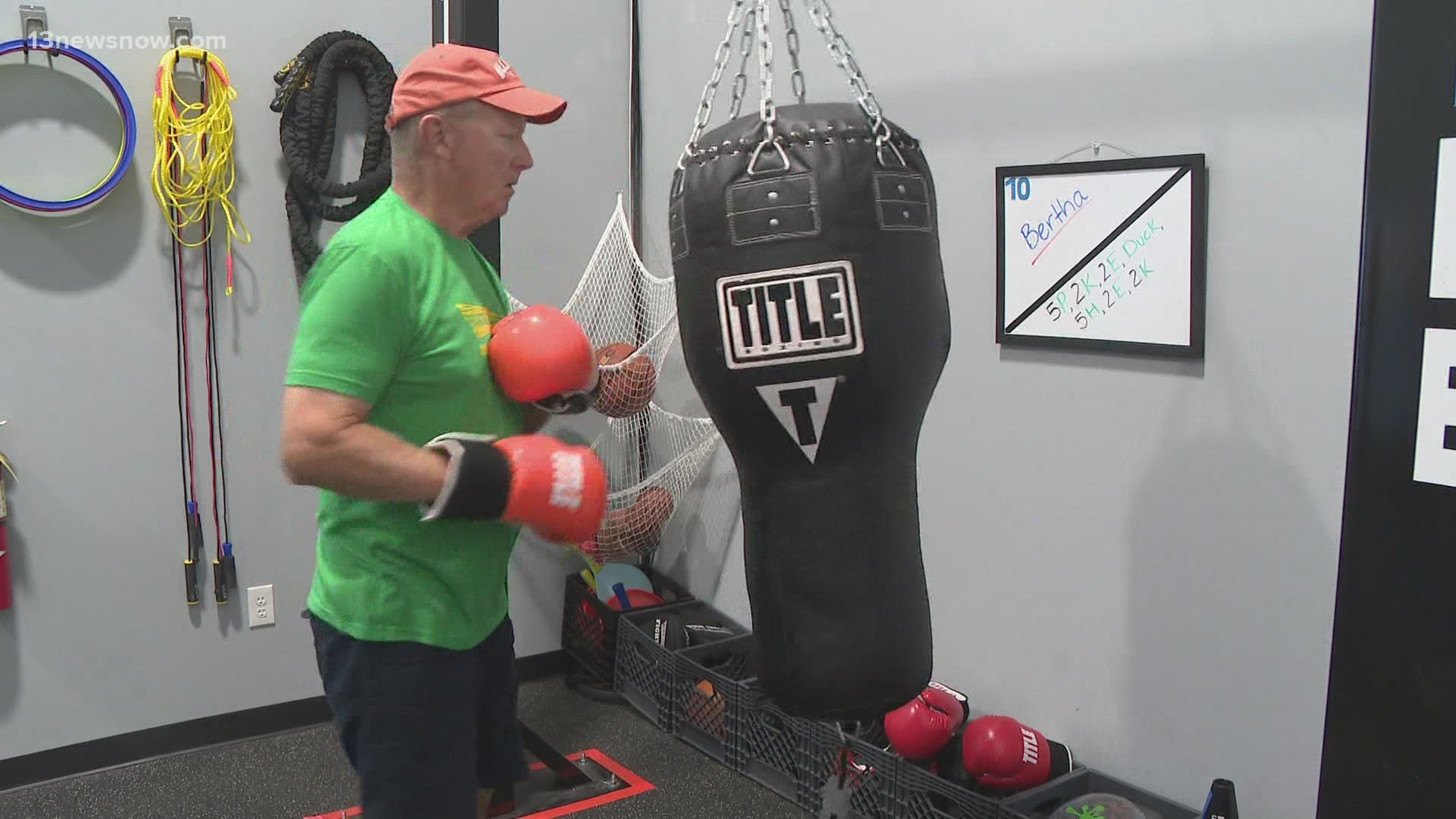 WILLIAMSBURG, Va. — At Apex Physical Therapy and Movement Center in Williamsburg there are 45 people with Parkinson's disease who are fighting back. In this case, quite literally fighting back. They are boxing.

Apex was the first facility in the state of Virginia to adopt an affiliation with Rock Steady Boxing which has a worldwide presence. Now there are also Rocky Steady Boxing facilities in Virginia Beach and Norfolk.

Parkinson's is a neurological disorder. Andy Rutherford is part of the program at Apex and he says one of the hardest things is other people don't understand it, "People don't know. It effects your speech. It effects your muscle control. You've got tremors."

There is a circuit of several different boxing exercises for these athletes. Scott Brubaker, the co-owner and head coach at Apex says the exercises have something in common, "New research has shown that vigorous exercise, high intensity movements, high amplitude movements and forced exercise has been really effective in symptom management, in disease progression and helping them maintain the highest, maximum quality of life."

Without getting too scientific about it, Brubaker describes the science behind the boxing, "It is rigorous forced exercise helps these individuals move outside of their normal movement patterns and comfort zones."

Plus, as Rutherford chimes in, "It gets you out doing exercise instead of just sitting around."