The Patriots move on to the state semifinals next week. 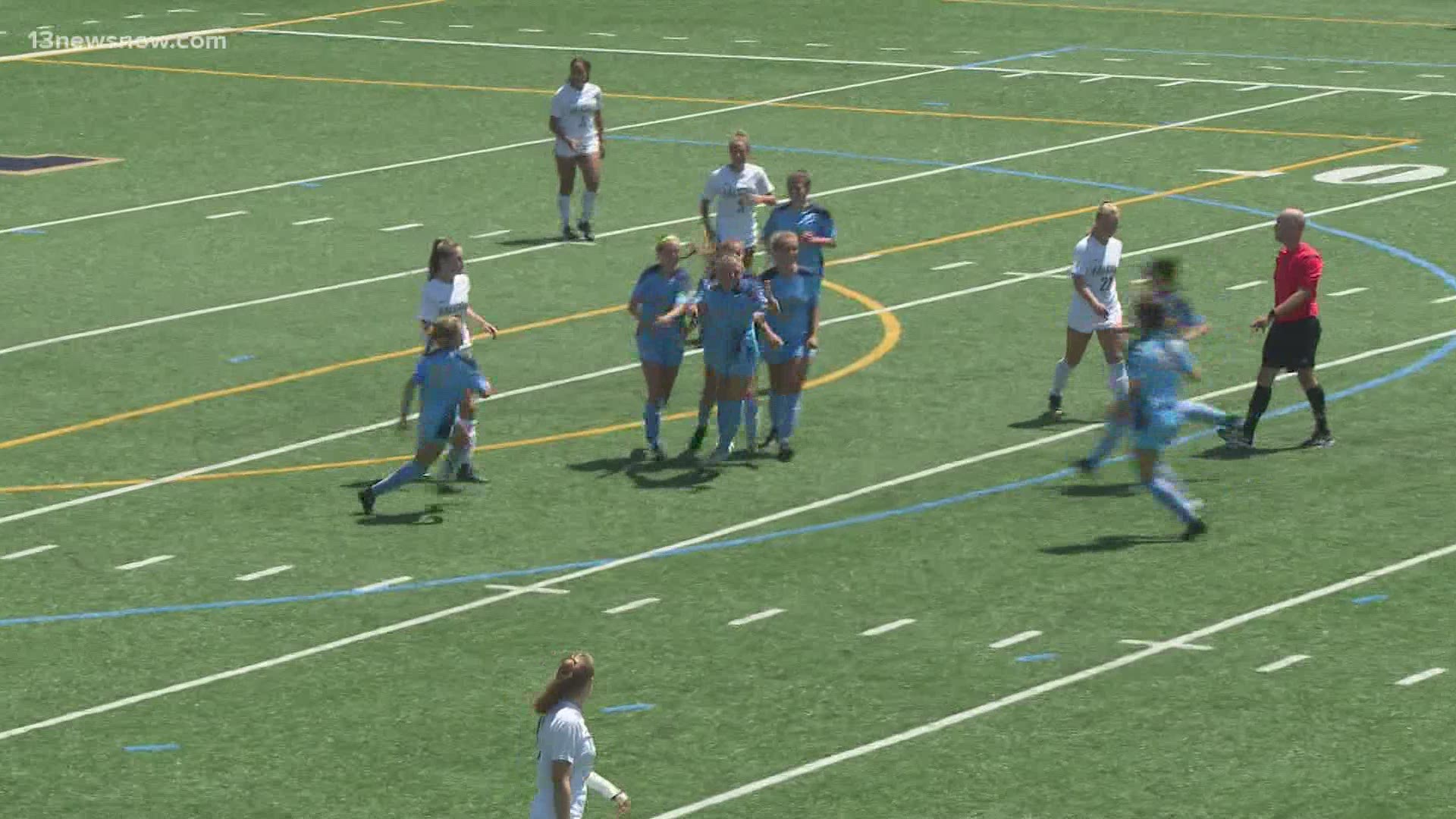 NORFOLK, Va. — First Colonial and Cox High Schools are Beach District rivals. They also put out some top notch teams. Those two squared off in both the girls and boys Region 5A soccer finals on Friday. First Colonial came away the winner in both matches and they are headed to the state tournament.

The Patriots girls won 4-1 and Skylar Miller had a hand in every goal. She scored twice and lent and assist to Karleigh Minson on two others.

The boys game went to penalty kicks. Joshua Haggarty scored early for Cox and the lead stood until the 75th minute when Owen Ruddy came through for the Patriots. In the eighth round of penalty kicks, Paul Battaglia scored for FC and then the Patriots goalkeeper, Garrett Hodges made the save and set off the celebration.